“If I can send you a photo on Whatsapp, why can’t I share money with you, too?”

Vince Tallent, chairman and CEO of Fastacash (and the person whose comment leads this story), told TechCrunch in an interview that the company wants to make payments social in the same way that Mastercard and VISA have pioneered credit and debit cards. That, he said, means providing a technology that allows people to make payments to friends — and, in the future, retailers — via the platforms that they use on a daily basis, be that Facebook Messenger, WhatsApp, Twitter, SMS, email, etc.

“We’re an agnostic hub that sits between the financial and social worlds providing transaction capabilities and connecting people,” Tallent said.

Social payments are fast becoming a major topic after a number of companies services — including Facebook, Snapchat, Line, WeChat and Kakao Talk — introduced platforms of their own. Unlike those services, which are aimed at increasing user engagement and growing online-to-offline business models within each app, Fastacash pitches itself as an intermediator for banks that want to get into social across multiple platforms.

To that end, it offers a standalone service — its own — and a co-branding option for financial institutions. 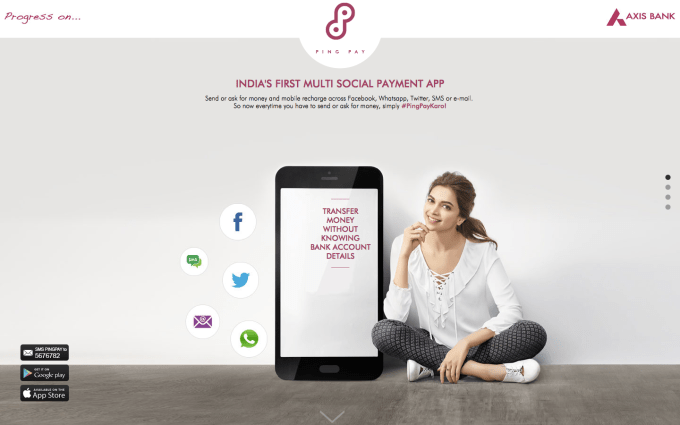 Tallent revealed that the company has over one million registered users right now, but he declined to say how many were active or provide details about average engagement and spend. Instead, he said that Fastacash is aiming to secure 50 partnerships with banks, remittance firms and other organizations over the coming few years, around one-third of which are scheduled for this year.

As part of that target, Fastacash is aiming to develop its presence outside of the Asia through partner deals and marketing.

“We’ll be expanding geographically as soon as we can, and will establish salesforce in key regions such as the U.S. and UK. Billions of dollars are moving out of Middle East, and India is the largest remittance market in the world, so we want to grow ourselves there, too,” Tallent explained.

Right now, Fastacash has 40 staff in Singapore, but it is planning to open satellite sales and marketing offices in other regions as it doubles its overall headcount over the next 18 months. Tallent said also that the startup will look to open an innovation center in London, which has emerged as a global fintech hub, while keeping its product development work in Singapore.

Product-wise, the company is keen to go from B2B2C and into customer-merchant payments. Coupons, QR codes and other features are slated to be added to the service in the near future, Tallent revealed.