It’s not uncommon for employers to be wowed by a candidate’s interview skills, only to find that their actual on-the-job skills are lacking. Interviewed fixes this issue by creating advanced simulations for job candidates who are interviewing for non-technical positions like sales, customer support, or administrative positions.

The simulations on Interviewed are extremely realistic, and include the use of mock tools like email and phone calls. For example, a three-part sales simulation first had me write a cold email, then reply to a customer inquiry, and lastly make a cold sales call (using my real cell phone) for a potential client.

The phone simulation has a variety of response paths, and offered different responses based on what I said. The company said each time a candidate talks they can prompt up to eight responses, like having a secretary either send you to voicemail or letting you through to talk to the manager in charge of purchasing. 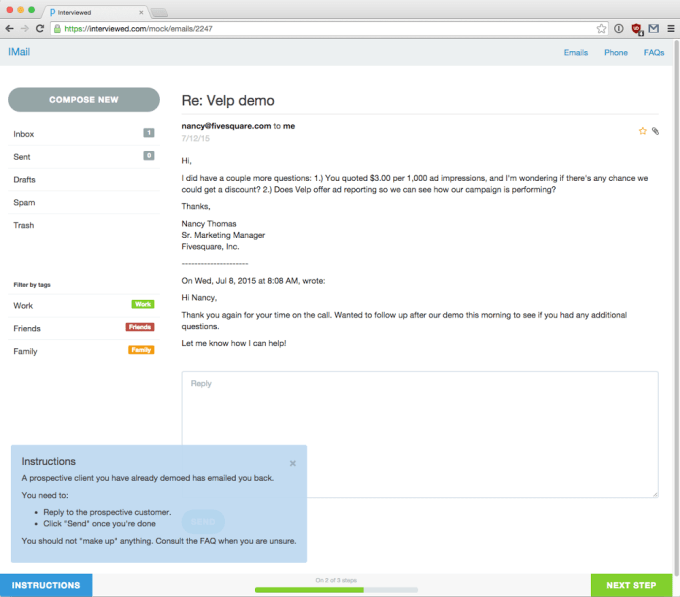 The simulations include a FAQ, giving a user all the necessary background information on the mock company they are “working for” (pricing, features, etc.).Besides that, the candidate is on their own.

Interviewed also offers tests on subjects like real estate law and financial accounting for hiring managers that would also like to focus on a candidate’s knowledge, rather than their skill set.

Founded by early employees of 42 Floors (YC W12), the service was originally conceived during a period of rapid hiring at the commercial real estate startup. The company would hire new employees only to find out that their actual performance wasn’t on par with what their resume and credentials suggested.

Darren Nix, cofounder of Interviewed, explained that some companies currently run their own mock simulations, but the process is so time-consuming that it is often done at the last stage before hiring.

By automating the simulations, Interviewed’s platform allows companies to administer these simulations on a mass scale, reducing the chance that companies pass over someone who is actually awesome at the required skills. 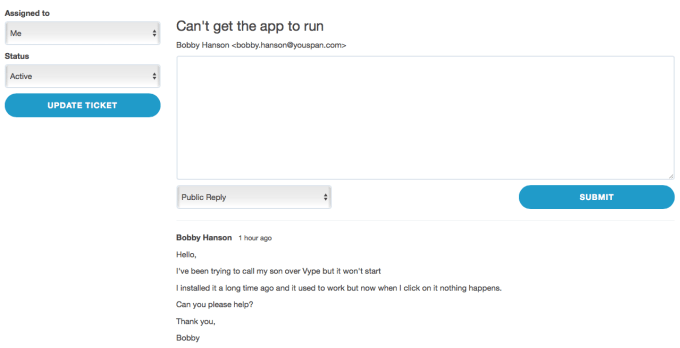 The service scores each simulation on scale of one to five (including half numbers). When asked how accurate the automated scoring process can be, Nix said that test results so far have indicated a large dispersion between scores (rather than being clustered around one number), which he explained is an indication of a good simulation.

Nix also explained that the service uses machine learning to continually improve how it judges candidates.

The company is planning to offer customizable simulations to larger organizations, while offering off-the-shelf versions to small companies. Nix shared that Interviewed aims to eventually have a central hiring location where users can take simulations, then send their results directly to companies that are hiring employees with those skills.