DFRobot, a company that has been building robots for the education market since 2008, this week introduced its first attempt at making a robot accessible to all children, with the debut of Vortex – an interactive, programmable robot aimed at kids 6 and up. The Vortex robot pairs with iOS and Android smartphones or tablets over Bluetooth, and lets kids control its movement by tapping the screen in the Vortex app to initiate commands. It also comes four free, pre-programmed games – “bumping fight,” “virtual golf,” “driving,” and “robot soccer,” which can later be customized by the child to create their own play experience.

According to DFRobot’s CEO Ricky Ye, the company wanted to build a robot that would make learning robotics fun for younger children. The team already had plenty of experience building robot kits for schools and teachers, he notes, so it was able to leverage what had historically been the most popular elements used in classes and competitions when designing the new robot toy.

“We strongly believe learning should be fun,” explains Ye. “That is why the Vortex is pre-programmed with games…By playing those games, we think they will also want to learn how to create their own games, thus start learning how to program their robot,” he says. 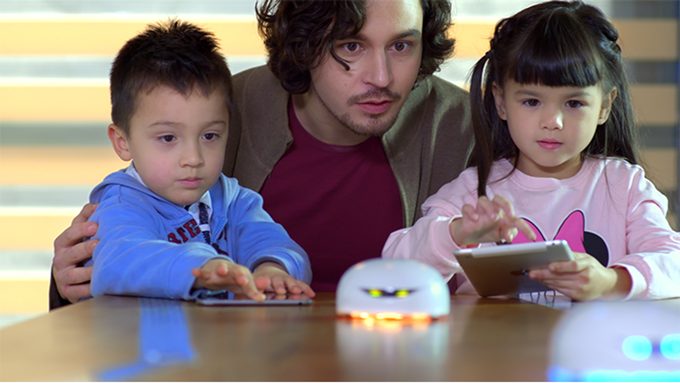 The Vortex itself is easy to use, notes Ye. After loading it up with four AA batteries, you just download the Vortexbot app from the App Store and begin to play. Some of its games – like “bumping fight” or “soccer” – require an additional robot toy, so would be better for families with more than one child. Others can be played independently, or allow kids to compete against the robot AI.

When kids are ready to program the robot, parents can download the WhenDo app from the App Store, which offers a variety of tutorials that will make it easy for kids to practice programming basics while customizing their games. However, while the WhenDo app has a simplified drag-and-drop interface as many learn-to-code programs today offer, it’s not something the average six-year could likely master without a parent’s help. That said, for a bright, adept child, it’s the kind of app they could learn to better use over time.

In addition, Vortex is open-source and is compatible with Arduino and Scratch, allowing kids to program the Vortex from a PC or Mac computer.

The robot itself can navigate obstacles, detect lines and report back by using infrared, grey scale, and sound speakers.

DFRobot is running a Kickstarter campaign to bring the Vortex to manufacturing. Although backing a crowdfunded project can sometimes be a risky bet, this is not the first time the company has used crowdfunding to help it move a robot from design and development into production. Previously, DFRobot used Kickstarter to fund a 3D printer called Overlord, which is shipping on time to backers, Ye says.

With the current campaign, DFRobot is aiming to raise $50,000+ to meet the minimum order of 2,000 units required to manufacture the customized parts, including the body, eyes, and wheels, as well as pass product tests like CE (for European markets) and the FCC in the U.S. 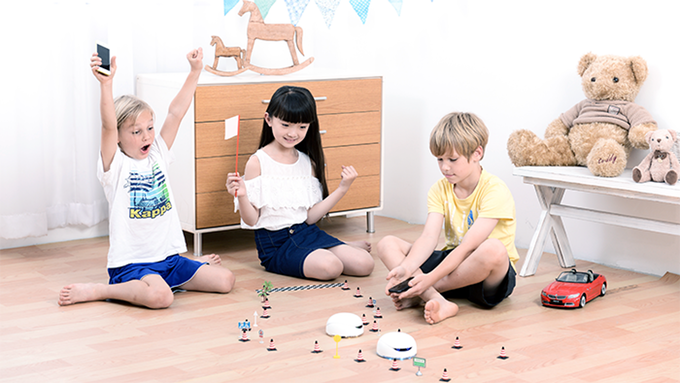 Ye also tells us that the Vortex prototype is already functional, and the apps are live in the App Store.

The plan is to begin shipping the robots by the end of this October.

Kickstarter backers can currently grab a Vortex two-pack for $131, or choose larger sets – like 3, 4, 6 or 10 robots instead for an increased fee.