The clickbait-heavy content shop ViralNova, once the one-man band purview of Ohio media entrepreneur Scott DeLong, has been acquired by Zealot Networks in a deal worth roughly $100 million in cash and stock.

It’s the latest in a string of acquisitions for Zealot, which has acquired controlling interests or outright bought 15 agencies, media, and marketing studios since it was founded by former Maker Studios chief executive Danny Zappin last year.

The addition of ViralNova to the Zealot stable means a built-in audience for the various content and talent that the Venice, Calif.-based company produces and manages.

For DeLong, the exit is the culmination of a two year run at one of the most successful media properties to launch in the era of Facebook. 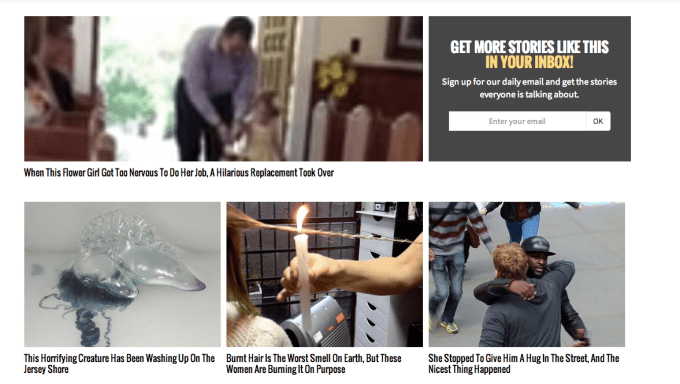 His first media property, Godvine, shared religious-themed and feel-good content that developed a huge following among the Facebook faithful who would make the site’s video clips and brief news items viral.

ViralNova was an extension of that effort — taking the formula he developed to a mass audience, DeLong was able to build a following which grew into a business with 22 employees, and a $35 million run rate for 015.

The company averages 100 million monthly visits and has over 3 million fans on Facebook, its largest driver for traffic.