The internet has revolutionized global travel. I can book a flight and hotel online, and by myself, in minutes, and most of the time I’ll get roughly the experience that I expect and pay for. That statement stands true when you’re staying in top and mid-range places across most of the world, but there are some exceptions, particularly when it comes to budget options.

One new startup is looking to change that in India. WudStay wants to standardize affordable accommodation in the South Asian country, and it has launched with $3.5 million in investment to kick things off.

“It’s difficult for a traveler in India to book accommodation. When you book for $20, you’re never sure what kind of experience you’ll get. We want to set the gold standard right from the booking process to checking out,” WudStay CEO and co-founder Prafulla Mathur told TechCrunch in an interview. 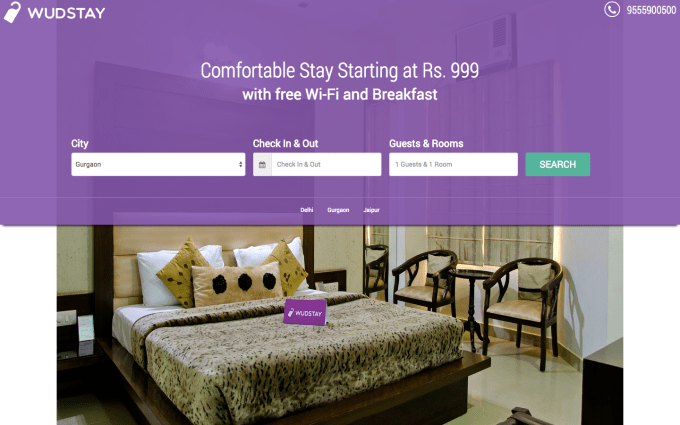 WudStay raised its round from Mangrove Capital — the European firm that backed Skype among others — and Nimbuzz CEO Vikas Saxena. Mangrove is an investor in Nimbuzz, which was bought by UK-based New Call for $250 million last year, so that explains the link.

The company is starting out in Gurgaon, Jaipur, and now New Delhi, but it has plans to be in 65 cities over the next 18 months. To ensure a quality experience, the company said it will invest in growing its offline team which visits accommodation daily to check over services, meet customers and liaise with hotel staff. Overall, the headcount is expected to rise from 20 to 70.

In addition, Mathur said that WudStay is planning to launch APIs to spread the service via online services.

“We dug into e-commerce and realized there was one area not touched by technology: the budget hotel space,” Tluszcz said. “$3 million doesn’t take you to the end, it’s about proving the model works and we expect to raise more money in the fall.”

It’s early days, but in its first month of operations since a soft launch in June, WudStay booked 1,000 nights of accommodation in Gurgaon and Jaipur for the 40 guesthouses that it covers across  both cities.