Who owns the asteroids in our solar system? It may seem strange, but Congress hopes to answer over the next few months with a new bill that is currently being reviewed by the Senate.

The SPACE Act bill, if passed, will allow private companies to mine asteroids and sell whatever they dig up.

“Any asteroid resources obtained in outer space are the property of the entity that obtained such resources, which shall be entitled to all property rights thereto, consistent with applicable provisions of Federal law and existing international obligations.” -H.R. 1508

This is great news for companies like Planetary Resources and Deep Space Industries (DSI) who have already invested millions of dollars into this exact concept. Companies are particularly focused on asteroids that consist of metals that are rare to us on Earth or asteroids that contain large amounts of water which, with the right technology, can be converted to rocket fuel and oxygen.

There are some unbelievably valuable rocks flying around in our solar system. The website Asterank uses information about asteroid sizes and composition, along with current market prices to calculate the most valuable known asteroids. Some are estimated to be worth more 100 trillion dollars. It’s a number large enough to turn any potential investor’s head.

There is one caveat — these are estimates based on the limited data we currently have on asteroids. Beyond the limited data, many of these asteroids are far away and in undesirable orbits that would make them particularly difficult and costly to mine.

We’re the first to admit this is a long term endeavor. Chris Lewicki, President, Planetary Resources

Still, there are asteroids that may be well worth the effort. But their value is complicated by significant unknowns. Asteroids are relatively small and dark bodies in our solar system that are hard to analyze from the ground. We’ve only directly identified less than a million of the largest asteroids, but scientists estimate that our solar system contains over a 100 million smaller asteroids, giving companies plenty of potential real estate to choose from.

Both asteroid mining companies, Planetary Resources and DSI are currently focused on this exact aspect of the mission: prospecting asteroids to identify the most valuable interplanetary real estate.

Determining an asteroid’s value is an important first step because one of the challenges associated with rare metal focused asteroid mining is the fact that bringing back objects from space is an incredible technical and financial challenge.

This is why most space missions today are designed to collect all of the necessary scientific data at a given planetary body rather than bring coveted samples back to Earth. Scientists would generally prefer to have a sample in hand to analyze, but that’s not usually feasible. It’s just not worth the money it would take to do it. Obviously with rare metal focused asteroid mining bringing the material back to Earth is a necessary aspect of the mission. This means that identifying an asteroid with a sufficient amount of valuable metal is crucial.

With water focused asteroid mining, the return trip isn’t an issue because you want to keep the water in space. The idea with this strategy is to convert that water into rocket fuel and oxygen. By doing this one could develop interplanetary stops where traveling spacecraft fuel up and go farther into the solar system. Like rare metal focused mining, identifying the right asteroid with a sufficient amount of this valuable resource is critical.

Planetary Resources, led by President and Chief Engineer Chris Lewicki, was the first major asteroid mining company to release their ambitious plans. Behind that ambition was key expertise and deep pockets. Lewicki played a crucial role in successfully placing two NASA Rovers and a Lander on the surface of Mars and the company’s list of investors include Google CEO Larry Page, filmmaker James Cameron, and Sir Richard Branson.

Planetary Resources is working to perfect their Arkyd spacecraft that will eventually be launched as a fleet into the solar system to image and characterize promising asteroids. This will lead to a unique strategy in the space business. Rather than building a single highly customized spacecraft for only one mission, Planetary Resources hopes to eventually mass produce a swarm of these machines, reducing the per-spacecraft cost and time for development.

They first Arkyd spacecraft launched to the International Space Station earlier this year and it will be deployed into space to test its prospecting subsystems later this month. The spacecraft design will continue to be perfected over a series of launches in the next few years before Planetary Resources moves on to prospecting work. 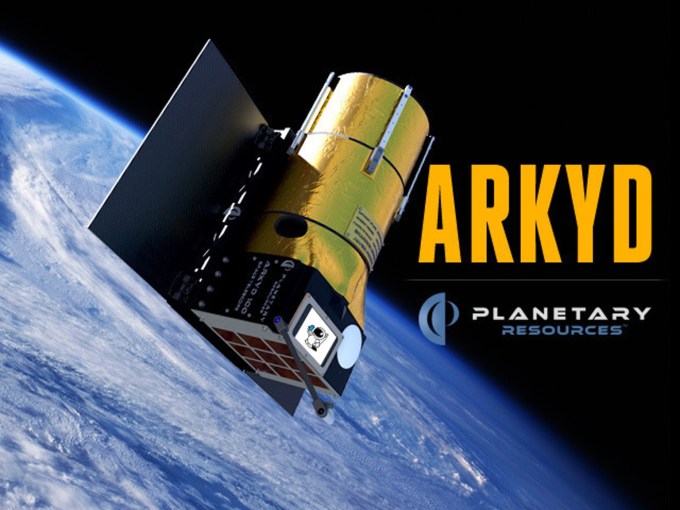 Getting to the point of actually mining an asteroid is going to take over a decade. Lewicki has said, “We’re the first to admit this is a long term endeavor.”

In the meantime, before the company has a chance to tap into the multi-trillion dollar asteroid mining market, it plans to make money from the Arkyd spacecraft itself. The prospecting spacecraft can be pointed back at the Earth which will enable Planetary Resources to sell scientific information to universities, business, and government. They’ve even said that the spacecraft itself will be on the market for private scientific work.

Planetary Resources’ competitor, DSI, plans to follow a similar business model. They have their own prospecting spacecraft called FireFly that they plan to launch later this year. Like Planetary Resources, DSI will launch FireFly as a fleet to identify valuable asteroids. Unlike Planetary Resources, DSI intends to send their first generation spacecraft directly on close fly-bys of promising asteroids, rather than keeping them in Earth’s orbit. Additionally, DSI intends to leverage the capabilities of FireFly to make money as they work their way toward the ultimate goal of mining asteroids.

The optimal way to mine an asteroid has been studied and debated for decades. In general, the technology required to mine an asteroid depends on the type of asteroid you’re working with. This is where the Arkyd and FireFly spacecraft play a pivotal role. The asteroid’s composition, mass, density, rate of rotation, and precise orbital trajectory will all be factors. 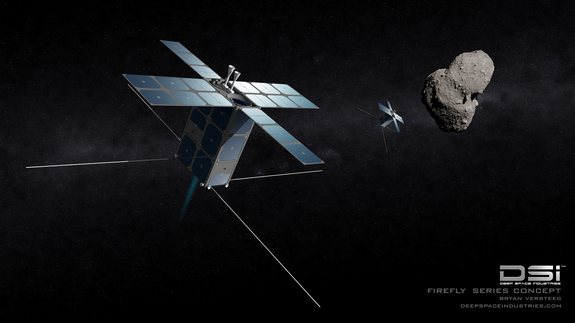 Humans have successfully rendezvous robotic probes onto the surface of asteroids or comets only three times before (Japan’s Hayabusa mission, NASA’s NEAR-Shoemaker mission, Europe’s Rosetta Mission), and never to mine them. An asteroid rendezvous is technologically tricky for a number of reasons. Asteroids spin and they orbit the sun at thousands of miles per hour. They’re also relatively small in mass and won’t provide enough gravitational force to hold a spacecraft securely to its surface. Successfully rendezvousing and securing the spacecraft will be challenging enough without the additional requirement of mining, and processing materials in space.

For both Planetary Resources and DSI, bringing in sufficient revenue to develop these necessary asteroid mining technologies, and survive as a company long enough to test them out, will be key to their success.

Once the technology is ready, Congress will have more questions to answer. What happens when multiple companies want to mine the same asteroid? How should an influx of rare Earth metals affect their market price? How can we ensure the technology used to rendezvous and capture an asteroid won’t be used to divert that asteroid toward a location on the Earth?

For now, giving the “go ahead” to companies hoping to make money off of asteroids is the first step to furthering the technology necessary to tap into this new, potentially multi-trillion dollar industry.