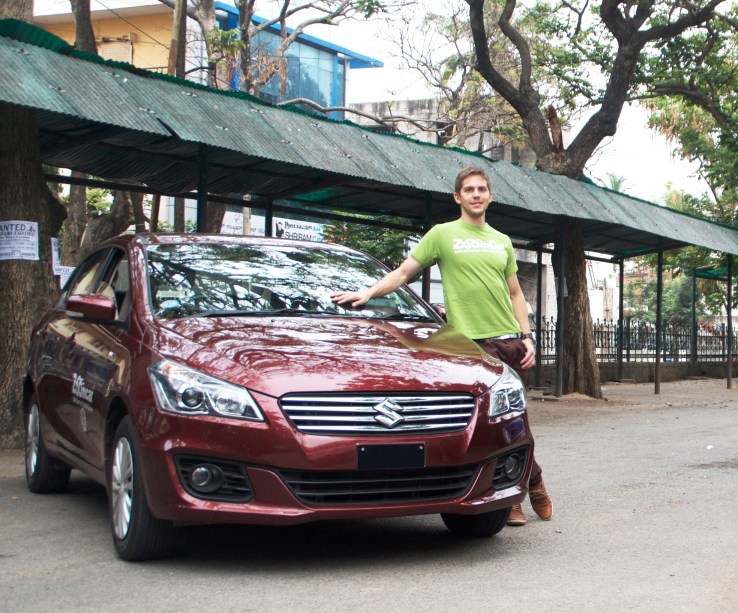 The new capital, which brings its total raised so far to $22 million, will be used by Zoomcar to add 7,000 new cars to its fleet, which currently numbers 1,500, and launch in 15 more cities. The company already has 250 pickup spots in Bangalore, Mumbai, Delhi, Pune, Chennai, and Hyderabad.

Zoomcar claims to be India’s first “100 percent self-drive car rental company,” which means that users don’t have to visit a rental office.

Co-founder and chief executive officer Greg Moran says that prior to Zoomcar’s launch in 2013, “there was no organized player operating in the market. We introduced a technology solution to an industry that was riddled with inefficiency and unprofessional.”

By using an online platform and app, Zoomcar standardizes its rental experience, so customers know what to expect every time they need a car in a new city.

Drivers book a vehicle by uploading a picture of their license and paying a security deposit through Zoomcar’s site. A SMS tells them where their car is located and its doors can be unlocked with Zoomcar’s app or SMS (ignitiion keys are stashed in the car’s glovebox). Cars are available for periods ranging from a day to several months.

Zoomcar’s closest competitor is probably Micar, a newer self-drive rental platform, but Zoomcar covers more cities. It is also up against Carzonrent, for people who prefer to be driven by a chaffeur.

Moran says owning a car is often not cost-efficient in major cities because traffic is chaotic and parking hard to find, so most people prefer to drive themselves only a few times a month, relying on cabs or public transportation the rest of the time. Zoomcar also gives customers the flexibility of using different vehicles, so they can pick a minivan for a family outing or compact to navigate crowded roads.