Apester is announcing that it has raised $5 million in Series A funding.

We wrote about the company back when it was a social game startup called Qmerce. Now it offers tools for online publishers to create polls, surveys, personality tests and video quizzes, then embed them in their articles.

Apester says it works with more than 400 publishers reaching 200 million impressions each month. For example, here’s an “extreme weather” driving quiz from The Weather Channel and a political quiz from AOL. (AOL owns TechCrunch.)

“The next evolution of digital storytelling is to incorporate the user’s voice as part of the story,” said founder and CEO Moti Cohen. 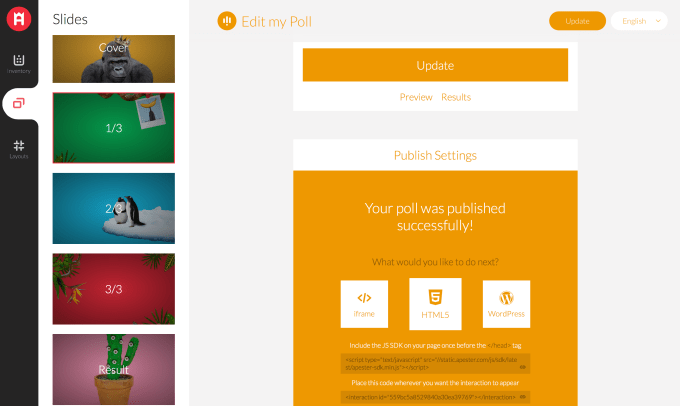 We’ve written about online polling companies large and small At the same time, publishers, particularly BuzzFeed, have placed an increasing emphasis on polls, quizzes and other types of interactive content.

Cohen argued that Apester provides a way to “democratize” this approach, making interactivity available to publishers who don’t have BuzzFeed’s resources. It’s also a way for them to make money by incorporating branded content that’s “truly native.” (Publishers can opt out of running ads.)

While Apester began in Israel, it’s now headquartered in New York City, and Cohen said the new funding will help the company expand its presence in the United States.

Update: An earlier version of this story incorrectly said that Apester had raised an $8 million Series A. Apparently I’m having reading comprehension issues this morning.