When EMC bought cloud sync and share company, Syncplicity in 2012, it seemed the company was trying to change the way it does business, but three years later it’s selling out to private equity firm, Skyview Capital, perhaps ready to concede that a freemium cloud model doesn’t fit the company culture.

It’s worth noting that EMC will maintain a stake in Syncplicity, but the company would not reveal the percentage, nor would it share the selling price or make anyone from EMC available to comment on the deal.

Syncplicity is a tool for getting your files anywhere, anytime on any device, the kind of modern file access tool most enterprise workers take for granted today. At the time EMC bought it, Syncplicity offered more sophisticated back-end file controls including the ability to expire files. This security component appealed to EMC because it separated the product from other offerings in 2012.

It also gave EMC a tool people could provision on their own and find its way deeper into a company through the free product. At the time enterprise vendors were trying to change the sales methodology to compete with cloud startups who were using this approach.

In fact, buying Syncplicity was EMC’s answer to the pressure that companies like Box were bringing to the content management market in 2012. While Syncplicity was not a major player at the time, the feeling was that with the clout of EMC behind it, it could grow into a more significant business, or at least act as a catalyst for other divisions to make bigger sales. It seems that never happened and the sales team at EMC never knew quite how to deal with this sales model.

A Different Kind Of Sale

The consensus among analysts I spoke to about this deal was that selling Syncplicity made more sense than buying it. It was never a good fit, and the sales team never warmed to selling it.

“EMC salespeople deal with back end stuff and have no clue how to deal with something that end users see,” Jeffrey Mann, VP of research at Gartner explained.

Maureen Fleming, an analyst at IDC agreed, saying “Adoption of file sync and share is incremental and the sales cycle for the coveted enterprise license agreement takes a long time. Getting the attention of sales people carrying huge quotas oriented toward large deals focused on selling hardware is not well aligned with the lengthy sales cycle of an emerging cloud software market.”

Getting the attention of sales people carrying huge quotas oriented toward large deals focused on selling hardware is not well aligned with the lengthy sales cycle of an emerging cloud software market. Maureen Fleming, IDC

That’s not to say that EMC has given up on the cloud. It is just shifting its focus to other products in its portfolio that make more sense to the big corporate selling machine. These products include Content Locker from AirWatch, Project Enzo from VMware and EMC’s own Elastic Cloud Storage. Of course, EMC will also remain a partner with Syncplicity (at least for now), but most of these alternatives don’t provide the type of end-user focused software enterprise vendors have been pivoting toward for a number of years, as EMC prefers to stick to its comfort zone.

The big question is why there wasn’t a market for a product like Syncplicity beyond selling to a private equity firm, but it seems the market has hardened in the three years since EMC bought the company. There just weren’t that many options. 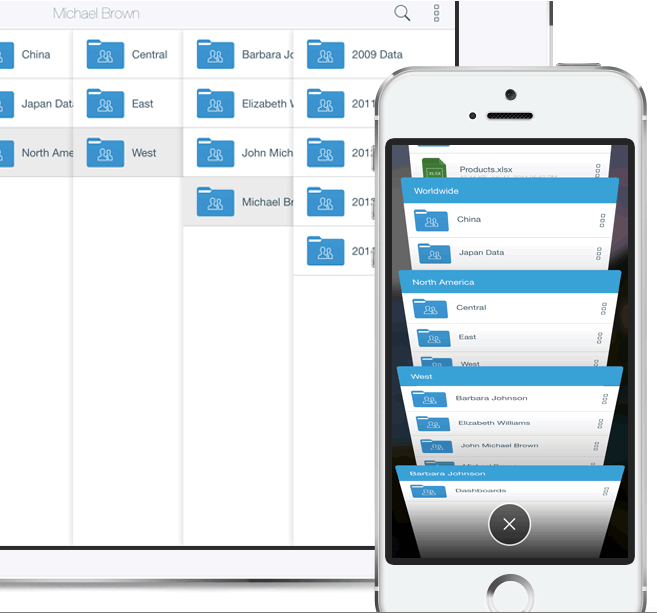 “I am not surprised that they did not find another industry player willing to pay their price. There are many EFSS companies out there now looking to be bought, so buying technology is cheap. The continuing links with EMC will make buying the installed base less attractive. They probably just got a better price from a PE firm,” Mann said.

In many cases, going to private equity operation is not the most attractive option for a company, but Mann says Skyview could be different from the typical private equity buy that wants to milk the support and recurring revenues while the product slowly diminishes. “It does not look like Skyview is this kind of PE firm, but we will have to watch how it executes,” he said.

The world is continuing to shift and change, and as EMC moves on from Syncplicity it is a strong indication that company knows what it is and what it’s not. It remains firmly a traditional enterprise software vendor with a set sales methodology. It appears unwilling to shift from that approach, and that means Syncplicity was never going to be a good fit.