Will Gerry might look the part of a fourth-generation farmer — dirty denim jeans, shirt sleeves rolled up and a gray beard that wraps from brim to brim on his leather hat. But once Gerry whips the smartphone out of his pocket, he starts rattling off tech jargon and analyzing data points across his farm like a 20-something whiz kid from Silicon Valley.

The Gerry family has been farming in Ventura County for more than 140 years, but the longtime local grower isn’t afraid to step away from conventional practices when it comes to growing berries in drought-parched California.

In fact, Gerry has been growing blueberries with precision irrigation practices for more than a decade at Coastal California Blueberry Farm in Camarillo, making the bold move to level the family’s citrus and avocado trees in favor of 300,000 bushes that produce berries throughout the year for a global market.

“We’ve always wanted to have this place healthy,” Gerry said. “Soil health is the beginning of all things above ground. If you don’t have that soil health, you’re not going to be able to compete over a long period of time. If it’s not sustainable, we’re out of business.” 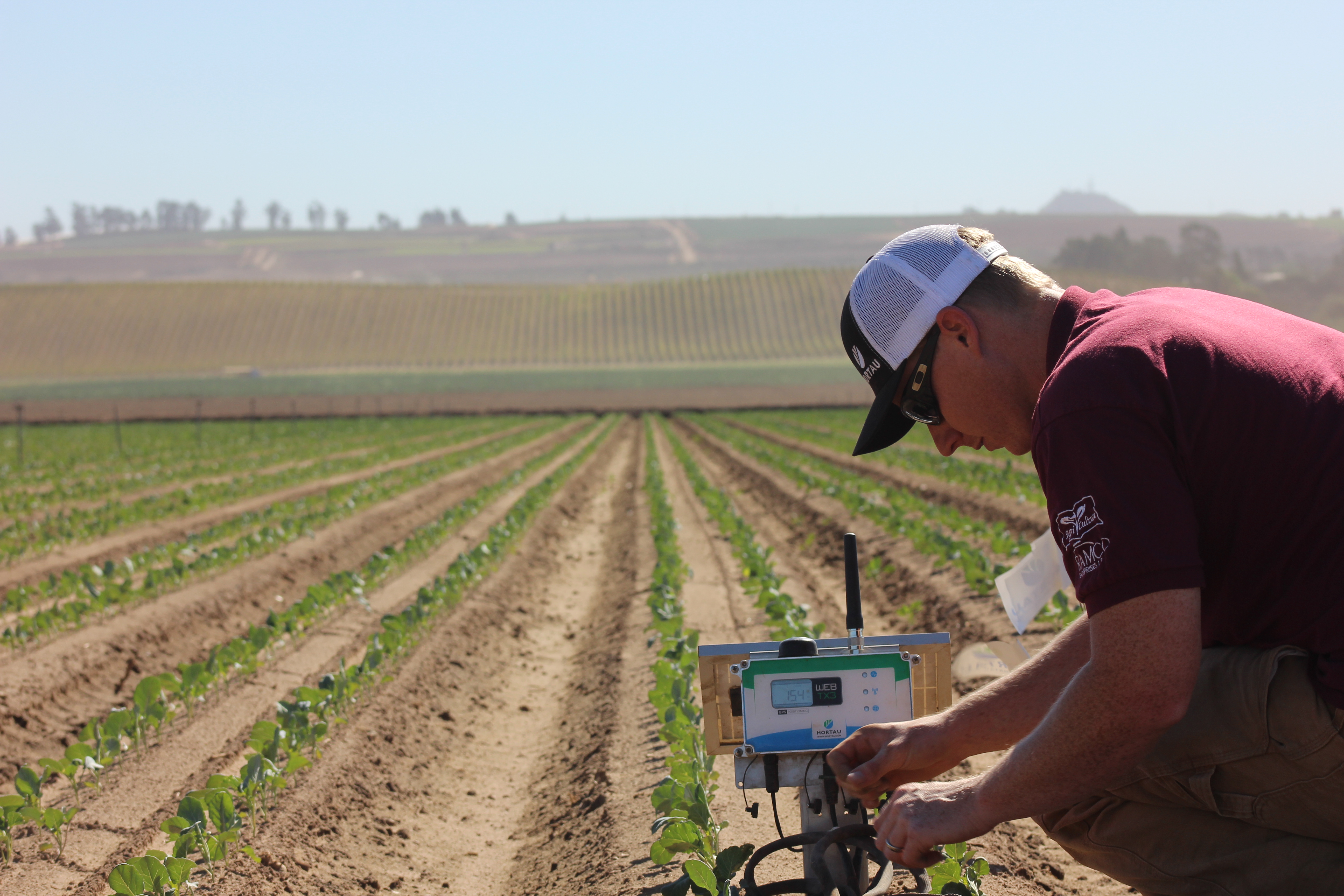 And with California farmers expected to lose about 33 percent of their surface water supply this year, not to mention fallowing 6-7 percent of the state’s annual irrigated cropland, more and more growers are having to adopt precision irrigation practices to grow more crop per drop.

“This is a permanent plant,” Gerry said of his 170 acres of blueberries. “It’s not going to be dug up tomorrow and switched out, so we need this plant to stay healthy.”

Gerry points out that blueberries are extremely sensitive to dry or overly wet conditions, so he monitors plant stress and soil moisture levels in real-time using Hortau’s smart irrigation management systems in the field. The wireless, solar-powered stations are equipped with soil and temperature sensors that report to the web in real time how his crop is faring.

More and more growers are having to adopt precision irrigation practices to grow more crop per drop.

Using a smart phone, tablet or computer, Gerry is able to make irrigation decisions based on the live soil tension/moisture/temperature data. Using an online dashboard that graphs out plant stress thresholds, he knows exactly when he needs to turn on his computer-automated drip irrigation system, and, more importantly, when to turn it off once an optimal amount of water and nutrients have reached the root zone.

Since Monsanto’s acquisition of Climate Corp. in 2013, the precision irrigation/ag tech space has been a hot one for investors.

Throw in California’s historic drought, and the ag tech space is hotter than ever, with events such as GAI AgTech Week, Forbes’ Reinventing America: The AgTech Summit, Ag Innovation Showcase and the Agri-Investor Forum eating up investor calendars this year.

Hortau, like a number of other precision irrigation companies of late, has caught the eye of investors, and earlier this month received $5 million in financing from Advantage Capital Agribusiness Partners.

Other precision and ag tech companies to strike deals in recent months include Farmers Business Network ($15 million with Google Ventures), VitalFields ($1.2 million from various backers, including SmartCap) and PowWow ($3 million in grants and angel investors).

But which precision ag companies will sustain? That comes back to adoption, and what solutions the boots on the ground are willing to adopt to help cut costs, as well as reduce water and energy use and environmental impact. 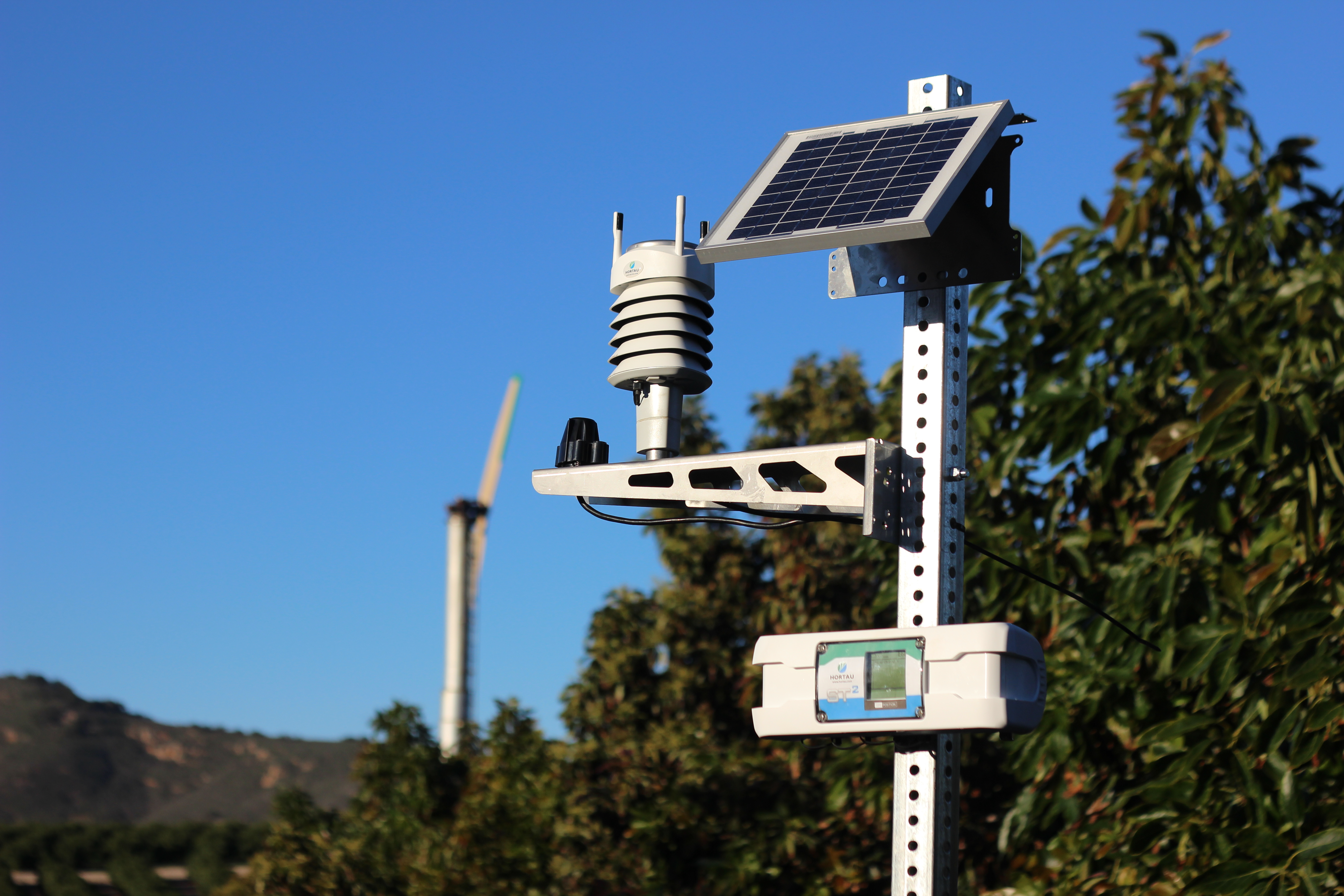 Precision Ag Adoption In The Field

That precision ag approach to delivering precisely how much water and nutrients a plant needs in the root zone is being used by growers of both permanent and seasonal crops on the Central Coast of California.

Local strawberry growers, for example, now make it a habit to improve soil health through precision irrigation practices such as electromagnetic soil mapping and laser leveling of fields to help get more out of the water resources they do have.

Other precision ag practices in use on Central Coast farms include:

Like many operations in California, El Rio Farms in Oxnard is having to figure out innovative ways to grow more with less water during the drought. 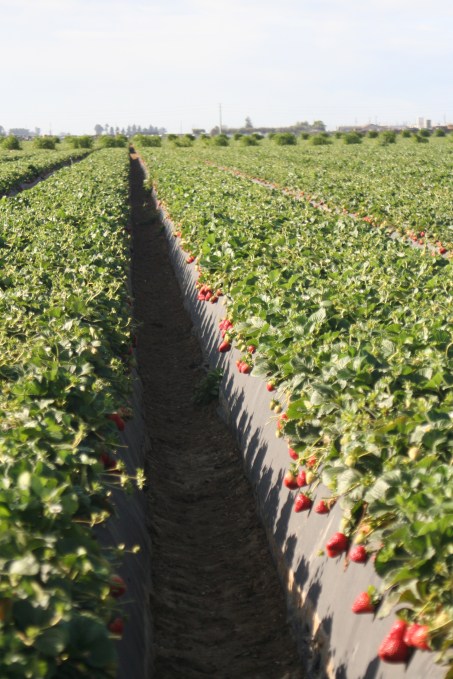 The Oxnard region, known for growing many of the strawberries we buy in stores, is not only battling water shortages, but also salinity issues stemming from depleted water sources, saltwater intrusion, urban and agricultural use, and treated water discharged into waterways.

Despite the host of water issues, El Rio Farms’ operations manager Pal Halstead said their strawberry operation was able to cut water use by about 27 percent last season, thanks to precision irrigation practices such as drip irrigation and “smart” soil tension monitoring sensors.

“I’m very passionate about water conservation,” Halstead said. “It’s important to me, more than just on a natural level. We really don’t have a choice right now.”

Faced with a dwindling water supply and a fourth consecutive year of drought, Governor Brown in April imposed an executive order to help better manage irrigation for agricultural purposes along with improve in-field water technologies.

Local agencies are now tasked with imposing various degrees of cutbacks, and sustainable water management will soon become the new norm for California.

Heading into the warmer summer months, the drought has already led to economic losses of an estimated $2.7 billion — not to mention the loss of about 18,600 jobs — according to results published in “Preliminary Analysis: 2015 Drought Economic Impact Study” by the UC Davis Center for Watershed Sciences.

All of which means there are more challenges, conservation requirements and precision irrigation innovations on the horizon for our local growers.

“The impact that the water issue has on our lives is significant,” Halstead said. “Water is hugely important, and conserving it is a legacy we have to hand down to the next generation.”