If you’ve ever tried to learn a foreign language, you probably know that most existing methods focus on aspects of the language that aren’t very helpful in everyday life. For example, newcomers to a language are often first taught the names of animals or colors, words that aren’t normally applicable to the common traveler.

Smigin aims to fix this problem with its app that allows travelers to build and hear common phrases spoken by a native speaker. The app’s Phrasebuilder consists of a three-column interface where users can combine actions and nouns, letting them create tens of thousands of different sentences on the fly.

Smigin today released a total overhaul which for the first time introduces a monetization strategy for the year-old company. The app now categorizes phrasebooks within each language by popular sections like cafes, bars, and shopping. 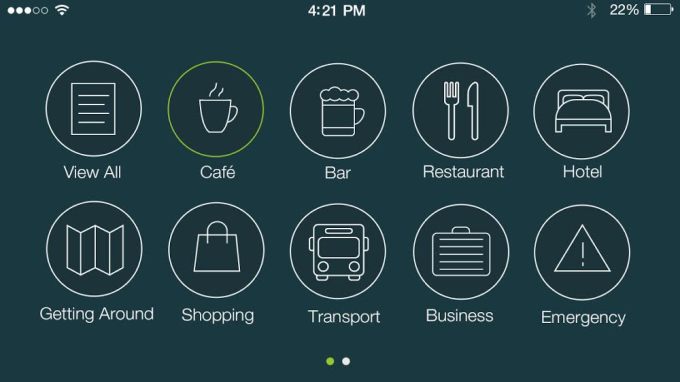 The cafe section will be free in all languages, and users can pay $4.99 to unlock all additional categories for a specific language. Susan O’Brien, Smigin’s CEO told me that the company chose to leave the cafe section free because it’s by far the most used category, and is broad enough that it can still sometimes apply to other situations.

One thing unique about Smigin is that users can only create phrases incorporating the infinitive form of verbs. This restriction allows the app to produce translations that always sound like something out of native speaker’s mouth.

For example, you can use the app to say “I have to eat” or “I need to eat”, but not phrases like “she is eating right now”. As seen in the photo below (with the example “to eat”), most Romanic languages can have 50 or more different ways to conjugate one verb. Even most advanced translation algorithms have yet to crack the complicated world of conjugations, which is why Smigin decided to forgo them all together. 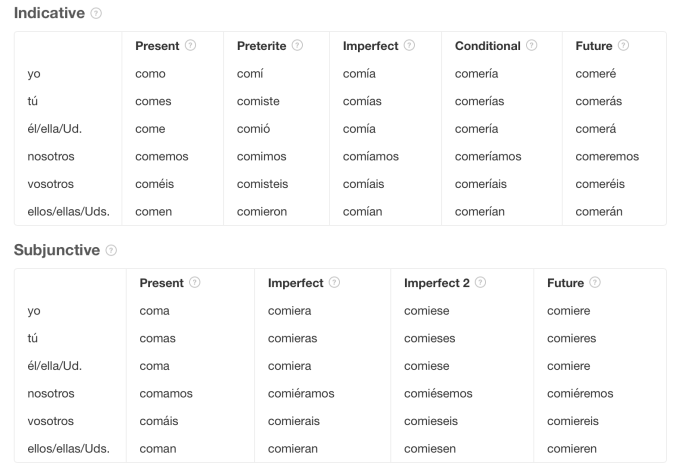 While the lack of verb conjugation is potentially limiting, the goal is that the app’s more than 10,000 phrases per language should be enough to support you when traveling abroad, while not sounding like a total tourist.

The app currently supports translation in Italian, Portuguese, English, Spanish, and French. The company said more languages are in the works including Swedish, Filipino, German, and Haitian Creole.

The new update is available now on the iOS App Store, and the app will be coming to Android soon.