Google’s My Maps tool has long allowed anybody to create custom maps, but unless you knew it existed, chances are you wouldn’t randomly stumble upon it. Starting today, Google is building My Maps right into Google Drive, where it will sit beside Google Docs, Sheets and Slides, as well as lesser-known tools like Google Forms and Drawings.

This change will not just make the service more easily discoverable, but it will also allow My Maps users to use Drive to store and share their maps, just like they would do with any other document.

Google is clearly consolidating all of its productivity tools under Drive. 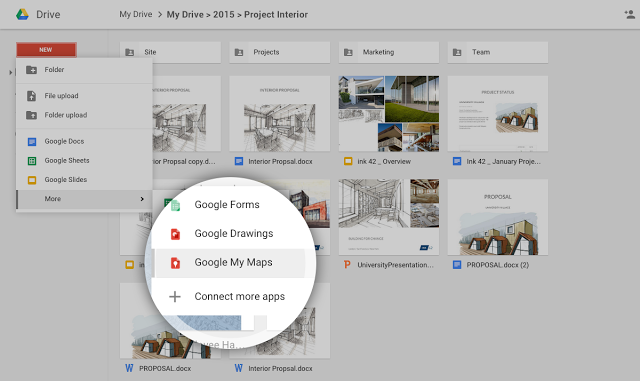 It’s also worth noting that Google has recently announced that it would shutter a few of its mapping products like Maps Coordinate, its mobile workforce management service, and Maps Engine (which is now deprecated and will close in early 2016). Similarly, Google Earth Enterprise and the Google Earth API will close by the end of this year.

If you want to build custom maps on Google’s platform today, then My Maps is where it’s at.

As Google notes, it’s easy enough to combine My Maps with data from Google Forms and other tools in the Google Drive arsenal. Uses can also easily share their maps from Google Drive now and search for them from Drive’s regular search box. 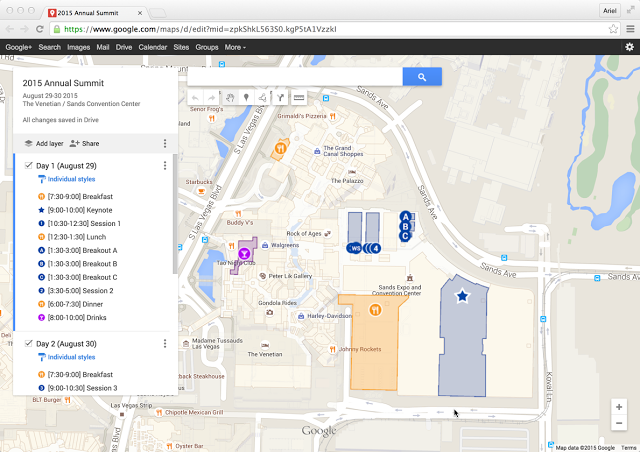