Today Uber staged a protest outside of New York City Hall, where inside members of the City Council Transportation Committee were introducing a bill that would require the Taxi and Limousine Commission (TLC) to limit the issuance of new for-hire vehicle licenses.

The law would mean Uber could only add about 200 new drivers to the service in New York over the next year. More specifically, transportation companies would be limited to adding new drivers at a rate that amounts to one percent of the number of drivers are currently on each company’s platform in NYC.

This cap would severely limit the growth of transportation companies in NYC, and would be a big win for the taxi industry. 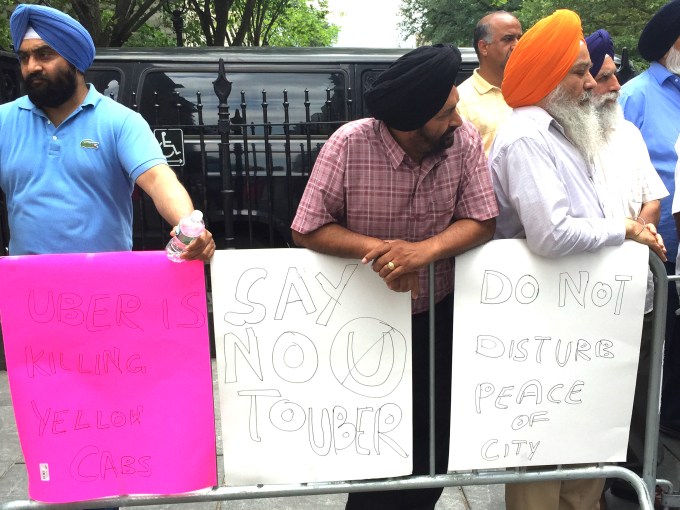 The proposed law would remain in place for one year, until the TLC completes a study (proposed in a companion bill) on impacts of growth in the for-hire vehicle industry. Specifically the Council is proposing that the study focus on the industry’s effect on traffic, air quality, and noise.

Lyft, which the new law would also affect, shared with TechCrunch the testimony that their representative will be delivering at the hearing today. The company is arguing that even though the near-ban on new driver signups would identically apply to Uber and Lyft, the consequences would be far greater for Lyft because of their low marketshare.

Here’s why the Council’s proposal would preserve and extend Uber’s grip on the market.  While Uber maintains a 90% market share, Lyft’s current market share is approximately 7%. – Diana Dellamere, Lyft, Inc.

In other words, this law would have a worse effect on low-marketshare providers since ride companies would be able to keep their existing fleet. For example, Lyft and Uber would face similar growth caps, even though Lyft is far behind Uber in marketshare.

On the other hand, an Uber representative told me that the company is planning to add 10,000 new drivers to the platform this year, which is of course far greater than the cap of 200 new drivers the bill would impose on Uber. The company currently has about 26,000 active partners in the city, including UberT drivers (partners who drive cabs on the platform). 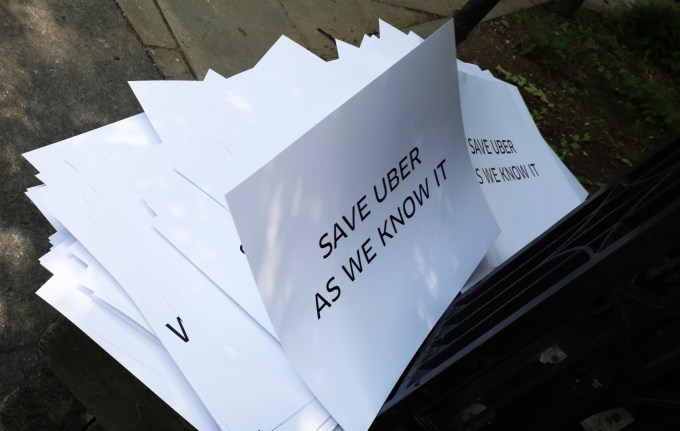 Uber’s rally was advertised to riders and drivers via email and in-app popups for some users. Uber also offered users free UberPOOL rides to and from the demonstration from anywhere in the city. About 60 people were at the rally, but it seemed most were Uber affiliated.

While we did talk to a few drivers present, the majority seemed to be Uber employees or friends of Uber employees. The company provided pre-printed signs, T-shirts, and lunch for anyone that attended.

YellowCab also had a presence at the protest in the form of about 10 drivers with hand-made signs. However, unlike the Uber protest which was held on the steps of city hall (past a metal detector security checkpoint), the Taxi drivers were forced to stay outside on the sidewalk.

The bill being discussed today was introduced last Tuesday, which was the first time Uber found out about it, according to a company spokesman at the event.