A few months ago we reported that U.K. banking startup Mondo — whose founders include GoCardless co-founder Tom Blomfield — had raised its first funding round, which our sources pegged to be in the “millions”. And just last month we called out London-based VC Passion Capital as the investor, which today Mondo is confirming.

“Passion Capital have invested £2 million, and we’ll be looking to raise around £15-20 million before our full launch — this will be dictated by the Bank of England’s regulatory capital requirements,” Blomfield tells TechCrunch.

The reference to the Bank of England’s regulatory requirements reflects Mondo’s ambitions to secure a full U.K. banking license. This, amongst other things, will enable it to lend out customers’ deposits (in the form of “transparent” overdrafts, for example), forming the basis of its business model.

The startup is to launch a limited beta, utilising Mastercard, in the next 3-4 weeks, says Blomfield, but doesn’t expect to cross the full regulatory hurdle and offer a full current account until first half of 2016. “Assuming the regulatory process goes well,” he adds.

To that end, along with other U.K. bank upstarts, including Starling (for which Blomfield and co. have history) and Atom Bank (which just secured its banking license), Mondo is aiming to be a digital bank with no physical locations. This should enable it to significantly reduce the overheads normally associated with running a bank.

“Our big advantage is that our cost base is something like 1 per cent or 2 per cent of a traditional bank,” says Blomfield.

In addition, Mondo will be ‘mobile-first’ and is going as far as writing its own “full-stack” banking software, in order to offer features that legacy banks struggle with as they are reliant on outdated software and infrastructure. These will include realtime reporting of withdrawals, geolocation-marked transactions, and peer-to-peer payments. 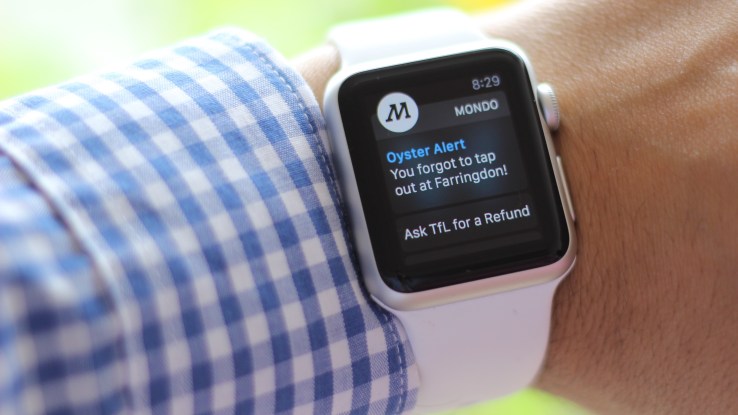 And, by making better use of your data, Blomfield says his bank aims to take a proactive approach by doing things like pre-warning you if you are going to go overdrawn before you actually do based on your historical spending data and salary.

“The big banks are stuck,” he says. “Their IT systems are creaking under the strain, they really aren’t solving the day-to-day problems that face us as consumers. Instead, these legacy high-street banks are making money from hidden fees and charges. The last time my bank contacted me was to tell me about the overdraft fees they’d levied, two weeks after the fact. Why aren’t they telling me about this stuff in advance, giving me choices?” 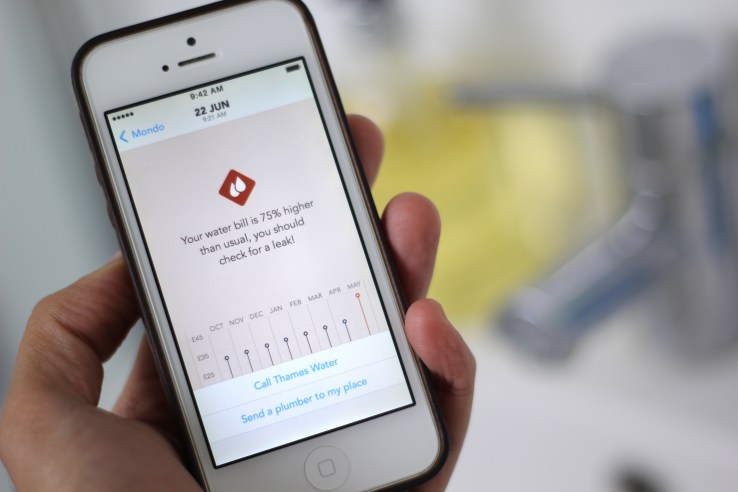 However, competition in the fintech/new banking space is heating up. Along with full bank upstarts, there are a number of startups picking off various parts of our everyday financial lives, including smart credit cards that act much like a current account, underpinned by modern smartphone apps and technology.

“Clearly a number of other startups are also coming to market, and I’m really excited to see how the landscape changes over the next few years. We’re taking a different approach by building and supporting our IT systems in-house, combined with a full banking licence,” adds Blomfield.

“This lets us really deliver features that our customers want and to remain really responsive to their changing needs. The time between coming up with a new feature idea and implementing it at Mondo can be measured in hours and days. When you’re building on top of someone else’s platform or licence, you’re always going to be stuck with these quarterly release cycles. And you’re stuck with the systems and processes of the traditional banks — all of the smaller banks are built on the same two or three platforms, which is the reason they’re all the same.”