GitHub’s highly extensible Atom text editor hit 1.0 today. The editor release has only been available to the public for about a year now, but it has already been downloaded over 1.3 million times and currently sees about 350,000 active users. Over the course of the last year, the Atom team pushed out 155 releases and added a plethora of features.

What’s maybe even more important, though, is that the editor’s user community has now published over 2090 Atom extensions and 660 themes.

The Atom project was started by GitHub founder Chris Wanstrath back in 2008. It was still called Atomicity back then and the idea was to use common web technologies to build an extensible code editor. As GitHub took off, though, Wanstrath set the project aside until 2011. It still took until 2014 before GitHub released Atom to the public. 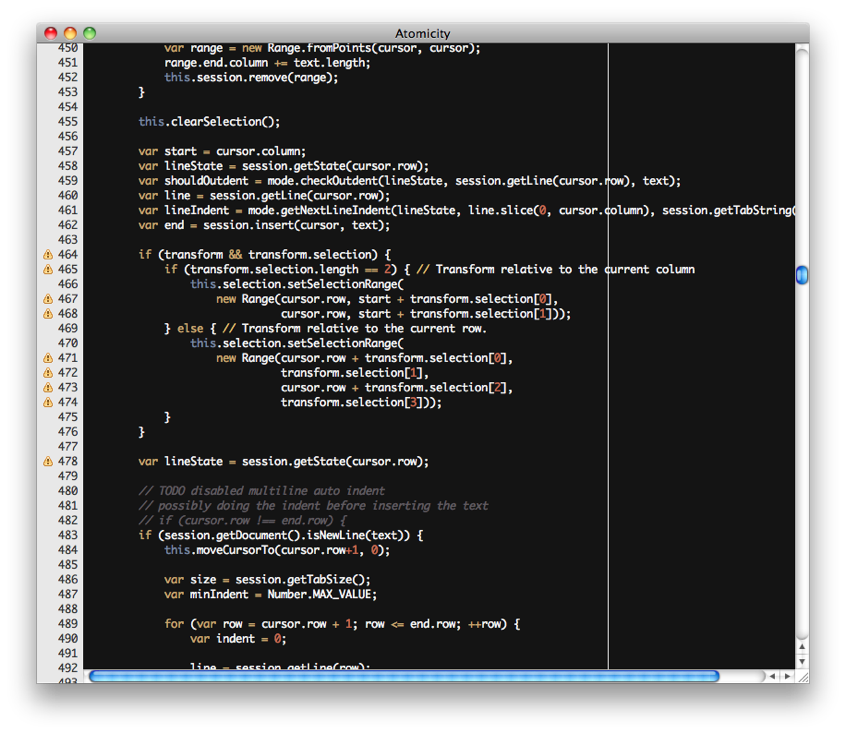 As is typically the case, the 1.0 version number is meant to indicate that the project’s core is now considered stable. “Until now, work has largely gone into defining the 1.0 foundation. Now that the foundation is stable, we can shift our efforts to reaching the full potential of the platform,” the GitHub team writes today.

“Of course, we’ll continue to polish the core user-experience, improve performance and stability, and add international support, but realizing the full potential of Atom is about more than polish. We’re considering questions such as: What does super deep git integration look like? What does “social coding” mean in a text editor? How do we enable package authors to build IDE-level features for their favorite language?”

All of these are questions other code editor developers are also looking at, but few of them have the active developer community around them to achieve these goals. Because Atom is so modular, there are also now other projects, including Facebook’s Nuclide IDE, that use it as their core editor.