Facebook wants even the people who hate Facebook to use Messenger, so it’s opening the option to sign up for its chat app without an account on its social network. Users can sign up with just a first name, last name, and phone number, starting today in the US, Canada, Peru, and Venezuela before the feature comes elsewhere.

Facebook tested accountless signups for Messenger on Android in India and a three other countries in 2012 but ceased the test a few months later. But head of Messenger David Marcus tells me “That time 2 years ago we were in the middle of the road. Now it’s a way to get to the last mile and the last few people who want to use Messenger who potentially didn’t want to use Facebook or couldn’t use Facebook.” 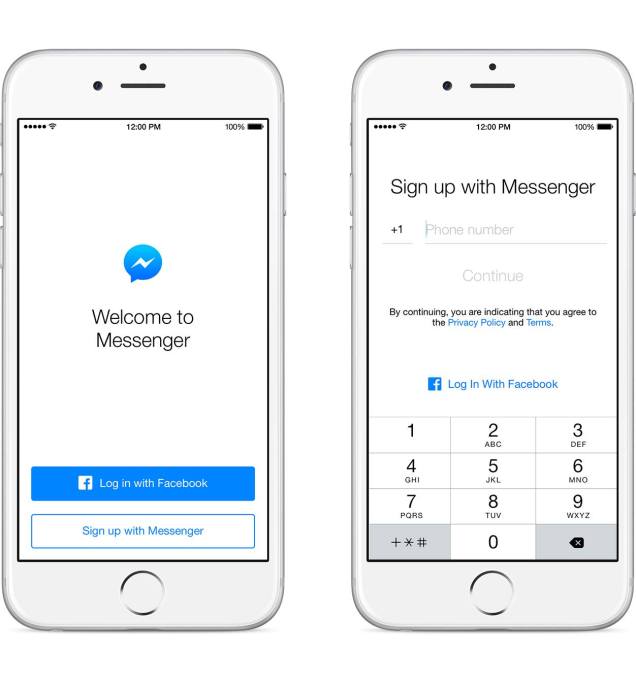 A new “Not On Facebook?” button in the Messenger sign-up flow will let people upload their phone contacts. Facebook will then match them against Messenger users who’ve registered with those phone numbers to build a no-account user’s social graph. People will also be able to use a Facebook search function to find people they want to chat with but who might not have given Facebook their number.

“It’s kind of an augmented address book” Marcus tells me. “You have all of your address book and then you can search for everyone on Messenger.”

Marcus insists that this is not some strategy to get his company into China or other countries where Facebook is blocked. Since Facebook’s whole range of IP addresses is typically blocked, Messenger would be censored too.

What’s Next For Messenger?

Marcus tells me Messenger’s next big projects are rolling out its Messenger For Business system to more verticals, allowing online merchants to offer customer support through Messenger rather than slow phone calls or annoying emails. He also says that Messenger could do a better job of explaining its robust set of features and reminding people when to use them.

That includes making the utilities built by third-party developers on Messenger’s platform easier to access. Right now they buried in the “···” menu, and live outside of Messenger as standalone apps. Discovery is hidden and usage requires a bunch of app switching. I suspect that Marcus is hinting that Facebook might build third party experiences directly into Messenger, as long as it doesn’t sacrifice speed, which is critical for a real-time chat app.

But underlying all those efforts is growth.

At 700 million monthly users, Messenger is already huge. But to beat SMS, it needs ubiquity. That way you can rely on all your friends being on it so you don’t have to leave Messenger to reach them. In Facebook’s early markets like the US and UK, the new feature will mostly help Messenger recruit people who quit Facebook or never wanted to join.

Meanwhile, in emerging markets where Facebook itself hasn’t reached the whole population but its free SMS alternative is getting popular, Messenger could be people’s first taste Facebook. “The only way we can grow in those markets is for people who aren’t on Facebook to be able to join” Marcus explains. “We don’t want to stop until everyone is on the platform because it makes for such a better experience when you know you can find everyone.” 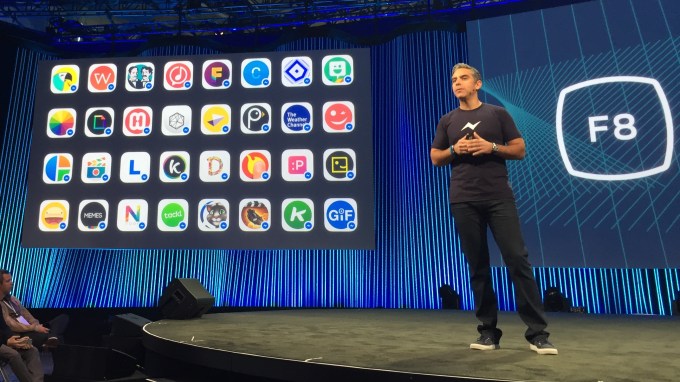 Marcus isn’t shy about the fact that some people just don’t want Facebook. “Some people have some ideological belief” against the social network, he tells me. It’s not his fault. He never worked there. Last year Marcus was hired away from being President of PayPal, and has led Messenger to a stunning rise in user count from 200 million to 700 million and a blitz of product launches.

As long as Facebook can get a foot in the door, it can probably convince users to sign up for its whole service. Links in people’s Messenger profiles lead to their Facebook photos, and will tempt registrations. That’s important for Facebook’s bottom line, as it only shows ads on the News Feed and doesn’t directly monetize Messenger right now.

Essentially, Facebook realized that not everyone wants a social network or News Feed, but everybody chats.