Evan Spiegel released a zero-fun informercial about Snapchat‘s ads today, extolling the virtues of “3V: vertical video views” in a way that would bore most of his users to tears. From a bland office couch, Spiegel explains how Snapchat’s full-screen ads slot between its content while Facebook and YouTube’s are either annoying pre-rolls or only fill part of the screen.

Timed to coincide with Spiegel speaking this morning at the Cannes Lions ad confab, Snapchat’s accompanying website lays out that argument with data on its nearly 100 million daily active users from lucrative demographics viewing 2 billion videos per day. It boldly claims:

and is filled with other extremely loud panels like: 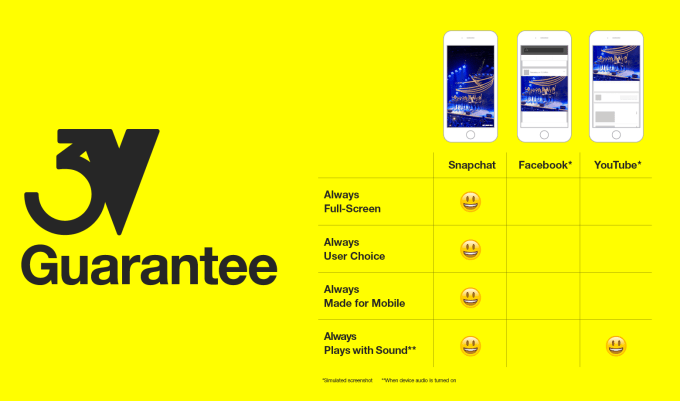 Obviously Snapchat needs to earn money. The suits who buy ads are not the same as the ones addicted to the app. But considering Cannes is part film festival, this clip could have been produced with more of the energy and creativity Snapchat is known for.

The joyless reel follows another awkward clip Snapchat released last week of Spiegel describing what Snapchat is. Our senior writer Jordan Crook said it “looks like it was recorded against his will.”

Everyone knew Snapchat had to grow up, but this is a bit aggressive bordering on desperate. The company needs a better balance of maturity in its public perception, but it doesn’t need to send its inner child to the coal mines, which is kind of how this video feels.