Apple is acting greedy despite being one of the richest companies ever, and Taylor Swift is angry. When the Apple Music streaming service launches June 30th, users will get a three-month free trial. Yet rather than subsidizing that user acquisition cost from its enormous pile of cash, it plans to just not pay music rights holders any royalties. Taylor Swift says that’s why it won’t get to stream her hit-filled recent album.

[Update 8:45pm PST: Apple just retreated from its position and agreed to pay royalties during the trials. SVP Eddy Cue who oversees Apple Music tweeted that “#AppleMusic will pay artist for streaming, even during customer’s free trial period”. More on what that means here.]

The singer just published a bitter blog post (embedded below) on why she’s holding back ‘1989’, which includes blockbuster singles “Shake It Off” and “Blank Space” (though you can stream her back catalogue). Swift says she’s got plenty of money, but missing three months of payouts could be tough for smaller musicians.

It’s the same reason that Beggars Group, which manages many independent artists, gave for its bands boycotting Apple Music. “We don’t ask you for free iPhones. Please don’t ask us to provide you with our music for no compensation” Swift writes.

And that seems like a very sensible argument. Artists would basically be paying for a huge marketing campaign for Apple Music that tempts users to pay for a $9.99 a month subscription. Shouldn’t that be Apple’s problem? 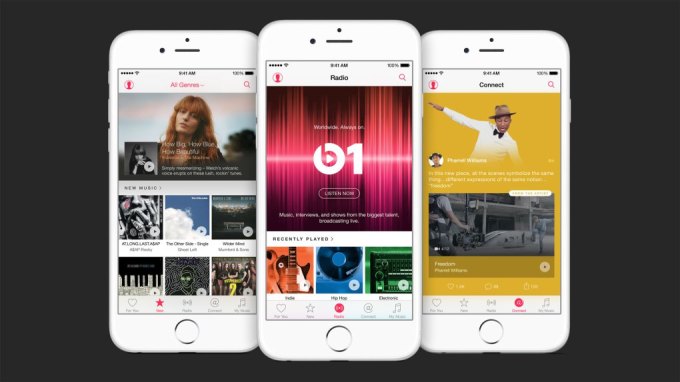 Apple has countered, saying that it makes up for the trial royalties by paying a very slightly higher rate to music rights holders than other streaming services once the trial ends. Apple told Peter Kafka it will pay 71.5% in the U.S. and around 73% elsewhere, while others like Spotify pay somewhere around 70%. That’s the Apple Music deal the big three U.S. record labels, Universal, Warner Bros, and Sony, agreed to.

Free trials have been a popular user acquisition strategy employed by online music services for a while. However, they’ve become more contentious since all-you-can-listen-to options have begun going mainstream thanks to mobile and major players like Apple getting involved.

Theoretically, if the trial convinces people to pay $120 a year for music, which is way more than they ever did on CDs, it could grow the total payouts to rights holders if every trial led to a long-time, loyal Apple Music subscriber.

But that’s a fantasy that could be very risky, especially for artists on a thin budget. Even with the 73% royalty rate, a three-year Apple Music subscriber who got three months free still wouldn’t have earned the rights holders as much money as services that pay 70% for the full time.

The problem really compounds if Apple’s zero-royalty trial becomes the industry standard. Should rights holders and the artists they work with have to sacrifice their royalties every time someone tries out a new service? That could add up to six months or more. If their album is released this summer when lots of people will be doing their free Apple Music trials, they could face a big loss of income. Beggars Group writes that proliferating trials would be “taking the ‘mium’ out of freemium.”

Swift does offer her back catalog on Spotify and will on Apple Music as well. She wants to maintain a good relationship with Apple because she still earns a lot of money from download sales when it features her album on iTunes. Hence, all the smarmy “we admire and respect Apple so much” language in her post. Other less established, less essential artists couldn’t risk Apple’s ire for fear of being blackballed.

In fact, a few months ago Bloomberg Business reported Taylor Swift was said to be in talks with Apple for potential exclusives. It’s possible that she didn’t get the deal she wanted and has now gone with the nuclear option, calling out Apple in public as retaliation.

Swift made a stink about Spotify a few months ago, pulling ‘1989’ from it too because it offers an ad-supported tier where users can listen in a limited shuffle mode for free. Spotify’s free tier is designed to give people a restricted taste of Spotify to convince them to buy monthly streaming subscriptions. From a high-level perspective, artists and rights holders should support free-to-the-user trials because that’s how the industry can build a reliable income stream to replace download sales.

But they should still get paid.

At least Spotify hands rights holders around 70% of what it earns from its free tier’s ads. Selling ads requires a costly sales team, which is why Spotify prefers paid subscribers. But it’s not asking rights holders to give up their cut to fund the acquisition of those subscribers as it tries to convert casual listeners.

Apple Music needs some kind of free trial or tier to grow. Yet the whole structure of Apple Music’s royalty-less promotion period contradicts its executives’ philosophy that music is valuable and people should pay for it, like they have been with the iTunes store. Now it’s Apple saying artists shouldn’t be paid.

…Which is all the more ridiculous because Apple has more than enough money to buy all the labels outright, if it could jump the regulatory hurdles. It certainly has enough cash to pay the artists while keeping some kind of trial free. If Apple truly believes Apple Music is worth the price, then it should be confident it will recoup the money if it pays to subsidize the trial. At the very least it could work out some reduced royalty rate during the trial so if a user plays an artist’s music non-stop or quits at the end of the three months, the musician isn’t totally screwed. 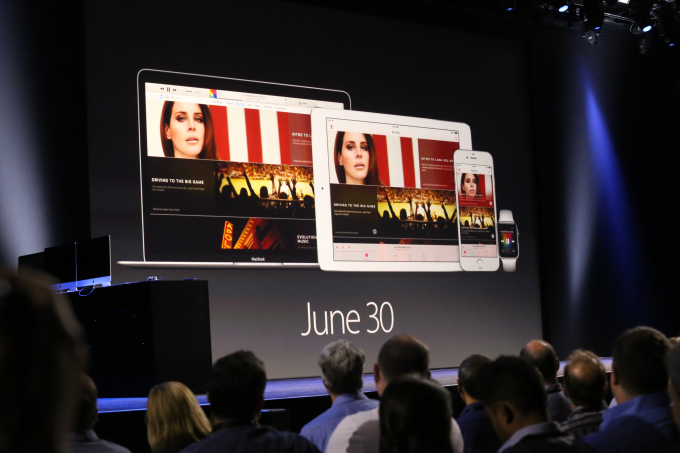 I’ve written before that music is an industry where Apple’s riches could make it extraordinarily tough to beat. It’s a business without a lot of billions in it, unlike selling phones and laptops.

If Apple was willing to shell out for exclusives or offer users a cheaper service than competitors or subsidize an ad-support tier or subsidize the free trial, it could leap-frog Spotify and the rest. The positive marketing and improved product that comes from artists like Taylor Swift offering their full catalog on Apple Music could be well worth cutting a more generous deal.

But if Apple stays stingy, launches without the support of big names like Taylor Swift and the indie labels, lacks exclusives, and costs just as much for a streaming service with fewer features, Apple Music could be out of tune with what listeners want. 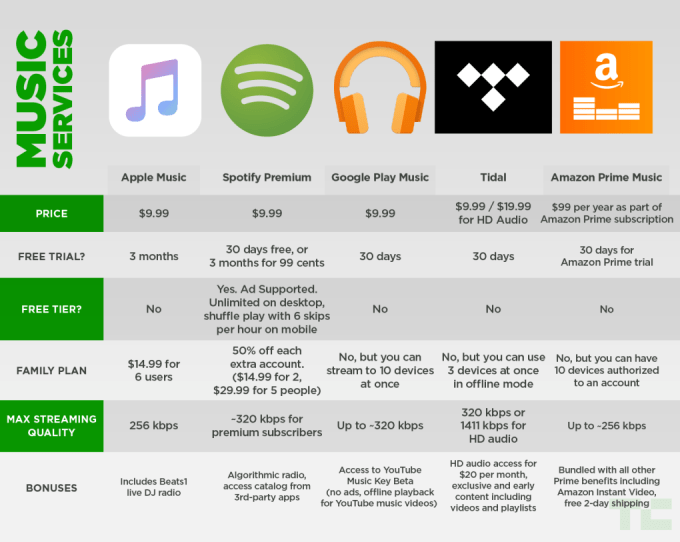 Owning the portal to music consumption could prove extremely lucrative. It’s not far-fetched to imagine people buying concert tickets and merchandise, the real money-makers in music, straight from their streaming service of choice’s artist pages. It’s also the gateway to a ton of mobile engagement time that helps strengthen Apple’s platform lock-in and could boost sales of its premium-priced hardware.

The iPod paved the way to the iPhone and Apple’s ascent. Dominating the streaming music market seems like a smart investment for a company with plenty of capital.

Dear Apple, listen to what Tay Tay tells you.