The company’s logo on the doorbell was so tiny that I wasn’t sure I was at the right door. After 18 months of hard work, I was the first journalist to see Molotov in action, a brand new way to watch TV. Behind the scene, AlloCiné co-founder Jean-David Blanc, Canal+ co-founder Pierre Lescure, former TF1 executive Jean-Marc Denoual, and Gamekult and Sens Critique co-founder Kevin Kuipers secretly teamed up and raised $11.2 million from Idinvest and a few business angels (€10 million).

“For the past 18 months, we’ve been working on a project that we wanted to keep secret while we were still putting everything together — it’s a virtual TV provider,” Jean-David Blanc told me. “We are part of the cord-cutting movement with Aereo, Sling and maybe even Apple in the near future.”

They don’t tell you what to watch, they don’t show it to you, they don’t give you the opportunity to watch it Pierre Lescure

But when it comes to distributing TV channels, there are a lot of legal roadblocks to overcome. The company had to deal with major broadcast networks, France’s TV regulator CSA and various royalty payment companies. Given the team’s background, Molotov was able to sign deals with most networks and just met with the CSA. “If we decided to submit an application to the CSA, it’s because we’ve been working for 18 months on this and we are very satisfied with the current state of our negotiations,” Blanc said.

And it’s true that TV is fundamentally broken. Now that you have dozens of channels, you often end up watching the same two or three channels again and again while you miss out on a lot of interesting movies and documentaries. Even when you find a movie that you want to watch, you can’t go back to the beginning and end up turning off your TV.

For all these reasons, I don’t own a TV anymore. I still watch a lot of movies, but I rely on iTunes, Mubi and Netflix. That’s why when Blanc introduced me to Molotov, four pairs of eyes were scrutinizing my every move, trying to figure out whether I would use something like Molotov.

“Today’s current TV offering is huge, but you don’t know it because it’s hidden,” Pierre Lescure told me. “This is insane, free TV channels spend €3 billion per year in content acquisition alone, and you’re not interested in having a TV. That’s because they don’t tell you what to watch, they don’t show it to you, they don’t give you the opportunity to watch it.”

Would I use something like Molotov? The answer is a resounding yes. Molotov gives a lot of flexibility and lets you watch TV on your terms. It’s still too early to describe every feature as the product isn’t yet available. You’ll have to experience it yourself to understand why it makes sense to switch to Molotov and get rid of your traditional set-top box.

“It’s a Spotify or Deezer or Netflix for your TV,” Blanc said. “There is both a sentiment of immediacy with live TV and the possibility to watch shows that already aired and that you missed. And there is everything you need around that.”

Molotov will work on all your screens — your TV, laptop, phone and tablet. Beta testing starts this summer, and Molotov will be released in France later this year with a freemium offering.

Even Molotov’s origin story sounds like Spotify’s early days as the music streaming company has struggled for years before signing content deals with music labels. “So far, the most difficult part has been negotiating with broadcast networks, making them accept a new user experience,” Blanc said. I then asked whether the product had been ready for a while. His answer was “yes.”

“Our long-term goal is that Molotov becomes your default TV screen when you turn your TV on,” Blanc said. It’s going to be a long and windy road to achieve this goal. Yet, only a team of TV veterans like this one can build a product like Molotov, and I’m looking forward to seeing whether it will stick and be a commercial success this Fall. 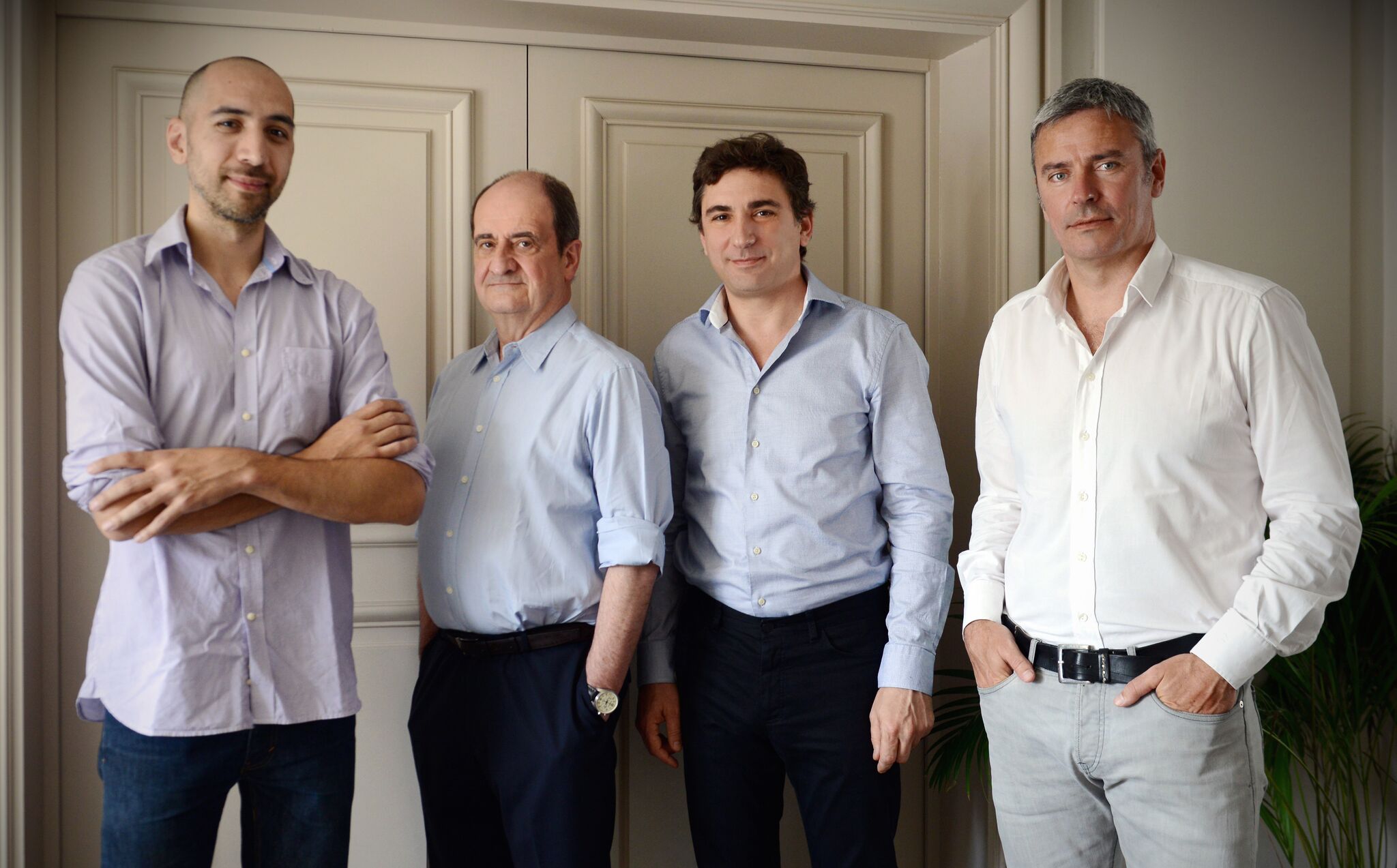