If you have a terrible, 10 or 15-year long affliction of wanderlust like I do, Hitlist’s Wandertab on Chrome and Firefox is the worst. Or the best. Or the worst. Well, one of the two.

It’s a Chrome tab that pulls up a lush, full-screen photograph of some exotic destination and the lowest flight prices that Hitlist’s travel search engine can find there from wherever your computer’s IP address is located.

It was built in a few hours during a hackathon last spring, and has turned out to be a clever growth hack that now gets about 1.2 million pageviews per month. Hitlist lets you create a bucketlist of places you and your friends want to go, and then alerts you when the best deals come up.

“We just built it and forgot about it until I was at another hackathon a month later,” said Hitlist CEO Gillian Morris, who created the add-on with Max Izmaylov of Roomstorm. “One of the sponsors of the previous hackathon was there and informed me that we’d nearly hit the rate limit on the API we were using. Apparently the extension had gone viral within the company. It’s an example of the best thing that can come out of a hackathon: you experiment rapidly and sometimes you strike gold.”

Hitlist earns a small commission based on the number of flights booked through the tab. It has found flights like $400 deals from Los Angeles to Barcelona or $250 for flights from New York to Trinidad and Tobago.

Wandertab addresses one of the most persistent problems that afflicts travel startups, which is that they don’t get the same kind of daily use that other consumer Internet or mobile products see. So when a transaction comes up, it can be harder for a consumer to remember to visit a particular brand.

But now, every time I open a new Chrome tab, I get a FOMO-inducing reminder that I need to travel more. 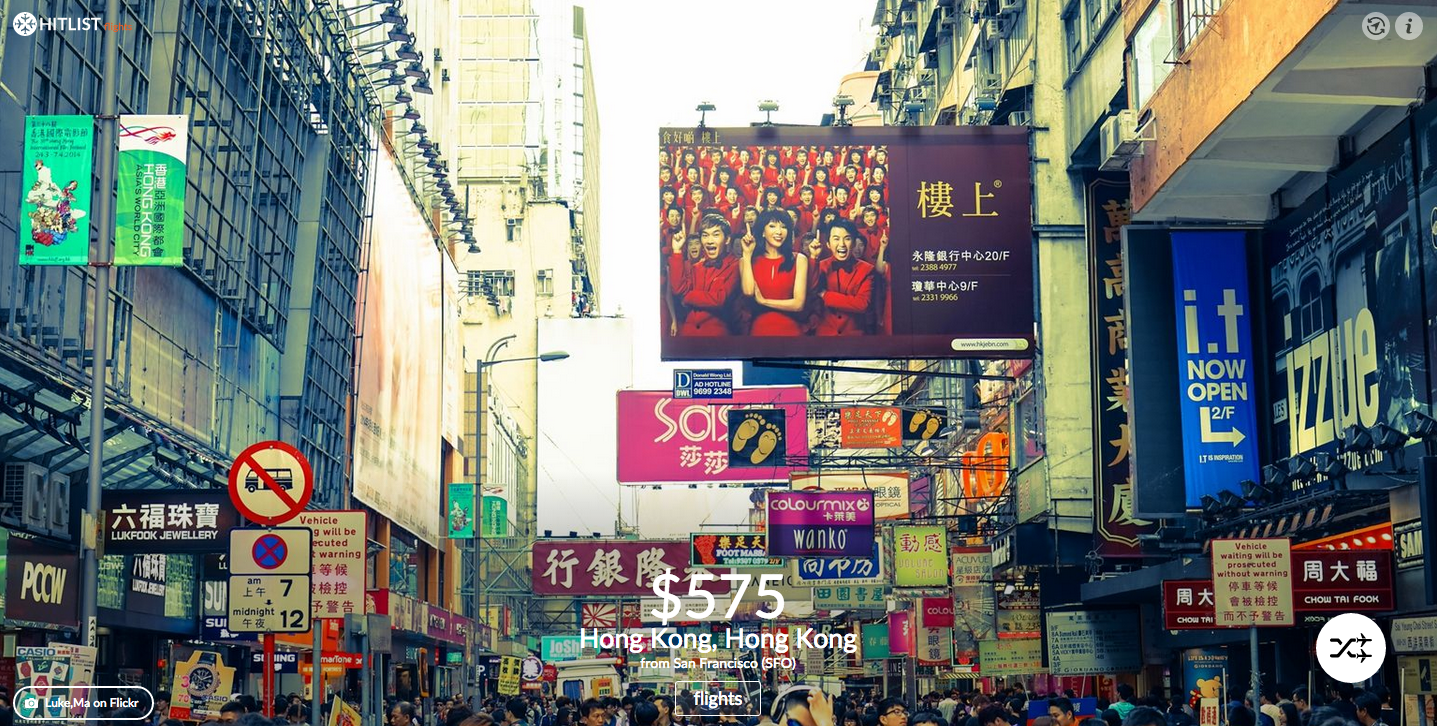