The mostly under-the-radar biotech startup Zymergen has gone about making microbial DNA manipulating robots for the last couple of years. It has now raised a total of $44 million to use these microbes to manufacture chemicals and new materials for various large industries.

Zymergen had raised an undisclosed $2 million seed near the time of its founding in 2013. It has just closed another $42 million in Series A funding, led by Data Collective. AME Cloud Ventures, Draper Fisher Jurvetson, HVF, Innovation Endeavors, Obvious Ventures, True Ventures and Two Sigma Ventures also participated in the round, bringing up the funding total to $44 million.

There have been a lot of companies getting in on the bio lab automation act in the last couple of years. Transcriptic, a Bay Area-based lab automation startup with a focus on drug testing does this, as does Bolt Threads, a startup we recently wrote about that nabbed a similar amount of funding to make spider silk from bacteria. Ginko Bioworks, a biotech startup out of Boston with a focus on manipulating yeast DNA to make fragrances uses automation as well. 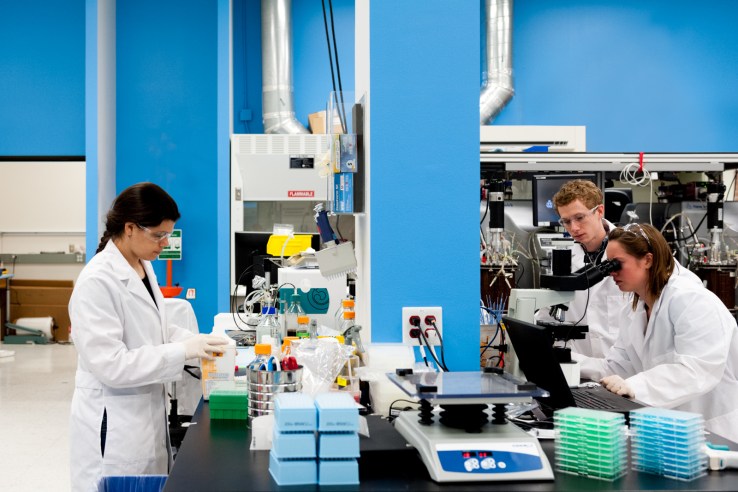 What’s unique about Zymergen is that it moves beyond the testing phase and into the manufacturing phase. “A lot of lab automation is built with [testing] in mind. What we do that is unusual and as far as we know we’re the only people in the world to do it is we use robots to assemble all the DNA, put it together, stick it across the cell membrane and into the bug itself and then it integrates, ” Zymergen CEO Josh Hoffman said.

This can seem like your standard DNA insertion into bacteria – a technology that has been used for nearly two decades and a common practice to almost every biotech company. However, Zymergen promises to do this for everything from smells and flavors to pharmaceutical and industrial manufacturing, using automation. We should note that Novozymes, a biotech company, with over $1 billion in revenue, also uses this process for many different industries.

But, for now, this is a nuanced business. “What Zymergen is doing is not unique, but very important,” IndieBio partner and a long-time expert in the bio lab field Ryan Bethencourt said. “It’s the combination of Darwinian selection of genetically engineered microbes, plus machine learning, analysis and automation that is unique. Zymergen has the potential to become the Google of strain optimization.” 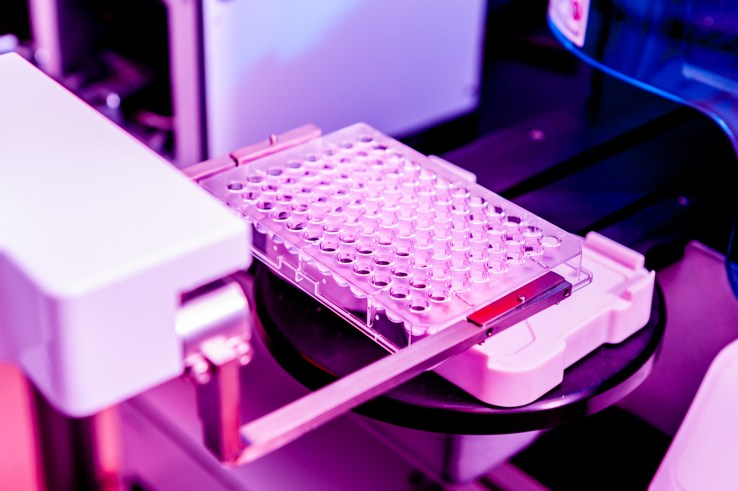 Scientific discovery isn’t the block to mass production for most startups in the biotech field; data and computation are, according to Hoffman. “It’s amazing to know that we can harness activities at a cellular level to churn out the raw materials we use in our everyday lives. And yet the progress in this field has been flow and disappointing, because companies have been constrained, pursuing inefficient approaches,” said Hoffman.

Zymergen has created custom software and robotics to grow and manipulate many generations of microbes in a faster, more concise manner, thus driving down costs and speeding up production. This approach is what attracted the investment of Nan Li from Obvious Ventures, who thinks of Zymergen as more of a data and machine learning startup than biotech.

“It’s purely a data product,” Li told TechCrunch. “And with robotics it can move forth evolution that can make this process better.”

While neither Li nor Hoffman were willing to disclose on-the-record the partners that Zymergen is currently working with to produce materials, it does have some recognizable names backing heavy production. The big bump in Series A funding had a lot to do with the good traction so far, according to Li.