Vessel‘s video subscription service, headed by former Hulu CEO Jason Kilar and CTO Richard Tom, has today expanded to Android. The app is initially offered as an open beta available for download from the Google Play store. The service, which offers early access to videos from a number of creators before they hit YouTube or Vimeo, will now work on any Android device that runs version 4.1 (Jelly Bean) or higher, the company says.

Vessel’s service first launched in January of this year, offering a variety of high-quality, short-form videos spanning gaming, music, sports, beauty, lifestyle, comedy, fashion, science, tech, design and more in one curated experience. The bigger idea here –  spawned from the co-founders’ prior experience with Hulu – is to introduce the same kind of windowing that existed previously with traditional media, alongside dual revenue streams involving both subscription fees and ads, also similar to Hulu.

The startup has already raised over $132 million in venture funding from Benchmark, Greylock, Bezos Expeditions and IVP, according to CrunchBase. 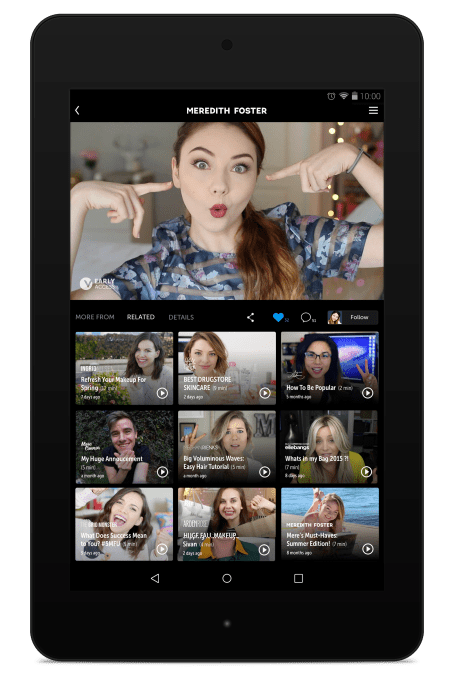 Content creators are encouraged to release their videos first on Vessel (typically 72 hours ahead of YouTube or elsewhere) and, in return, they’re promised the chance to make more money than on free, ad-supported sites alone.

The company originally estimated that creators would earn $50 per thousand views, but recently said that it was exceeding those numbers. 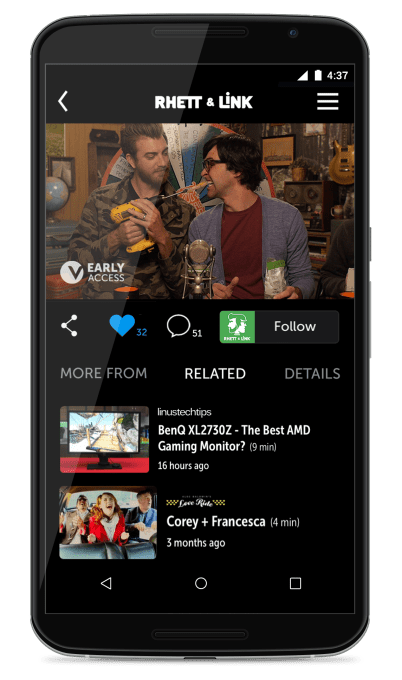 Because its content comes largely from creators rather than big studios, its subscription fee is a modest $2.99 per month. But Vessel still has the challenge of convincing a younger, and therefore potentially more frugal, demographic to pay for videos that will soon be free on YouTube. The company isn’t disclosing how many users it has today, but notes that more than 80 percent of its active subscribers are watching the early access videos on a weekly basis.

Today, Vessel offers videos from over 175 creators who have a combined audience of over 200 million YouTube viewers. The app also allows users the option of following their favorite shows, channels and categories in order to have a more personalized experience.

The new Vessel app for Android is here.