Apple’s next big update for OS X is coming this fall, but we’ve already spent some time with the preview, and can share some initial impressions about OS X 10.11 El Capitan with you, dear reader.

Here’s a look at some of the marquee features, and what they bring to the experience.

I’m starting out with something that may seem minor to many because it happens to be among my favorite new additions to OS X with the El Cap update: Notes. The native Notes app in OS X has long been a staple of mine for quick memos, thanks in large part to cross-platform syncing, but I often fall back to TextEdit for longer work because of the limitations of Notes as a more robust word processor.

Now, Apple has added a lot of muscle to Notes in 10.11, turning into a much better competitor not only for other text editors, but for things like Evernote, too. You can integrate images, PDFs, videos and other media right into notes via drag-and-drop insertion, for instance, and create checklists out of line-separated items with a single click.

Formatting ensures that you can create headers, paragraph styles, bold and italicize text and you can attach from your Photos app directly. Open content from other apps directly in Notes, too, using the Share menu across OS X, and even add stuff like Maps locations, spreadsheets and more. Folders keep things more organized, and thumbnails provide easy identification of what’s within a Note from the sidebar menu when you’re including media.

Combined with the new Split View interface, Notes is shaping up to be a massively powerful addition to OS X as a convenience feature, and could easily become one of my most-used apps on the platform.

This new feature for OS X got cheers when it was announced at the WWDC keynote last week. It allows users to display two apps side-by-side in full-screen mode. To access it, you either long-click on the little green circle that normally puts an app into full-screen mode, then select from one of your other open apps to pick what takes up the right side of the screen, or drag an app to an open one in Mission Control to have it occupy the other half of your display alongside the first. 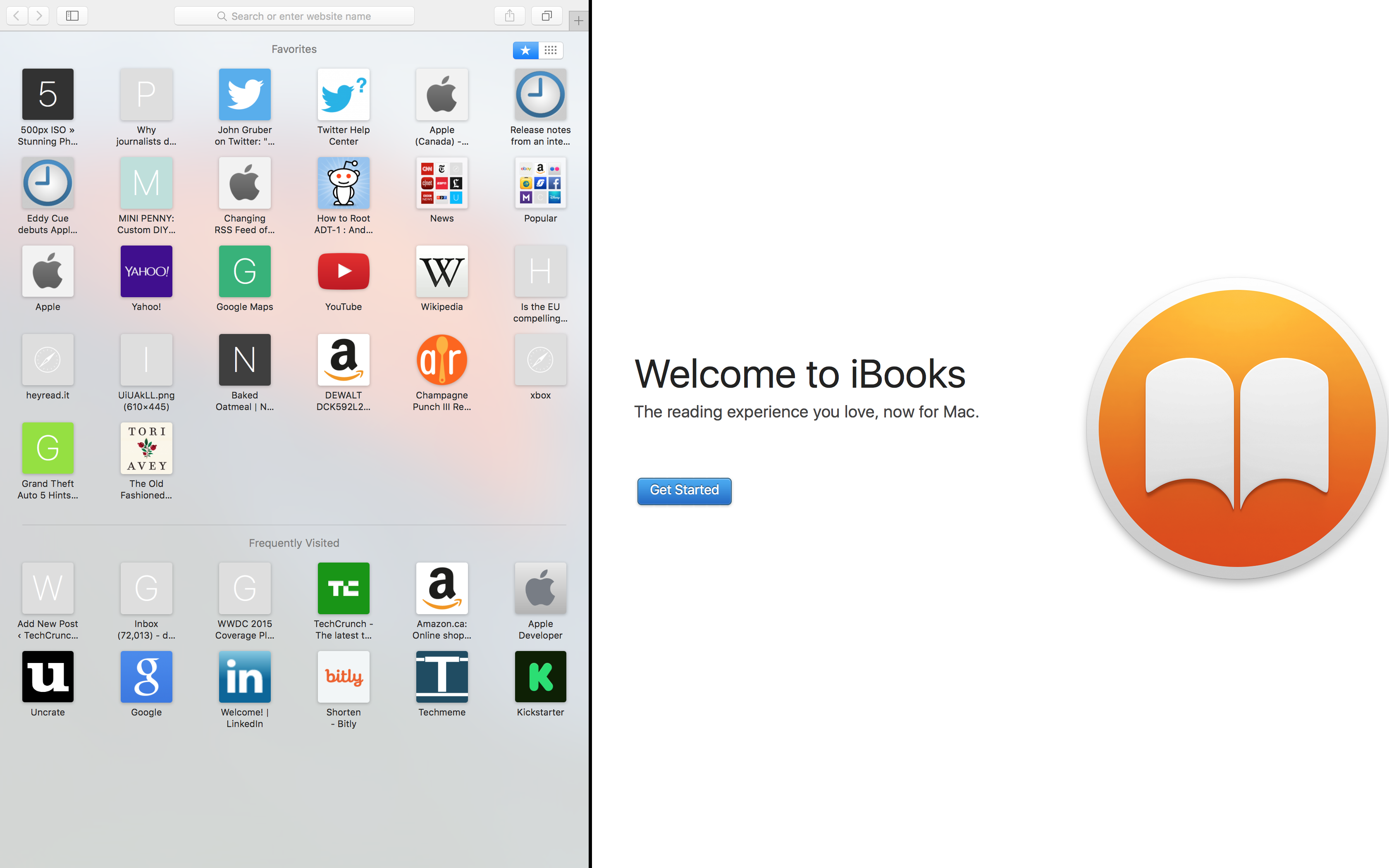 As mentioned, the new Notes seems like a great fit for this sort of thing, since it can live alongside any other app, like Safari or Quicktime, and let you take notes on whatever content you’re reading, browsing or watching on the other half. You can resize the divider between the two apps to give one or the other more or less space, too.

This is a promising feature that should offer a lot to power users especially, and those who already spend a lot of time in full-screen mode.

Apple is doing more to improve desktop management, making it easier to use Mission Control for managing your active apps and desktops from an eagle eye perspective. You can now see everything in a single layer, meaning stuff won’t hide behind other open app windows, and locates things relative to their actual position on your working desktop.

You can also now drag and drop full-screen spaces on one another to enter Split View, as mentioned, and swipe with three fingers to get your overview, and to move between spaces. Mission Control has always had a lot of potential, but these changes could get more users more comfortable with actually employing it.

Also handy, and related since it applies best to power users, is the ability to vigorously move your mouse or trackpad pointer around to embiggen it – the cursor animates to expand in size so it’s easy to spot, letting you pick it out on a busy desktop. It seems a little silly, but I actually can’t find my cursor with alarming frequency on my standard three monitor home office setup.

Yosemite introduced a more powerful Spotlight search to OS X, but El Capitan improves the ‘search anywhere’ functionality it offers to return more useful in-the-moment results. You can get current sports scores from your favorite athletic teams going head-to-head in “matches” or whatever you sports people like, for instance, and you can also see results from web-based video sites like YouTube and Vimeo.

The new Transit directions coming to Apple Maps are also available directly in Spotlight search, and you can see stock information, along with current weather both for your current location and for other cities of your choosing. Spotlight is edging much closer to becoming almost a Google Now-type service in El Capitan.

All of this is easier to use, too, thanks to a re-positionable and resizable Spotlight search window. Before, when you called forward the Spotlight search bar, it was anchored to a set spot in the middle of your display, which I guess reflected its place of primacy to your present attention. But making it manipulable like a regular window is probably going to work a lot better for users looking to integrate it into their existing workflow.

Spotlight is a great example of how Apple is taking improvements it made in the last couple releases of OS X and refining them to really expand on their existing momentum and potential.

The native web-browser included in OS X leapt out ahead of the rest of the field at least two releases ago, in my opinion, but there’s a bunch of new features coming in 10.11 that should extend its lead. Safari in El Cap lets you pin sites for easy access (and to keep them getting lost among your millions of other tabs), for instance, mute playing audio and stream content to AirPlay devices.

The tab pinning looks like it will be my most-used feature, since I regularly ‘misplace’ tabs that I meant to refer back to later. Pinning them in the upcoming release of Safari means they always remain ordered in the left side of your tab bar, and that they remain open and run in the BG for fresh updates. Their icons appear in color, and they remain across quite and relaunch of your browser.

Muting tabs is another big win: Safari will not even show you where music is coming from, but let you mute it from an icon that shows up in the Smart Search/URL bar field instantly. The long national nightmare of autoplay ads is over.

Safari tab pinning looks like it will be my most-used feature.

AirPlay video from Safari lets you broadcast video content to AirPlay devices without mirroring your entire desktop. This is also long overdue, and much-appreciated.

Mail gets a host of nice new features, most of which make it easier to use the native app as a way to manage your communication and scheduling in a more end-to-end manner.

Swiping right and left in Mail now lets you quickly trash messages or mark them as unread, which mimics the behavior possible in iOS, and of course favors trackpad users. It’s awesome in practice, eliminating friction in one of the most commonplace activities you perform in Mail.

Tabs also come to Mail in OS X 10.11, letting you manage different messages in full-screen, and suggested contacts and events make it easier to populate your address book and calendar. Mail has never really had any serious challengers from third-party email applications on OS X in my opinion, but these additions go a long way to making it a more comfortable place to manage your communications.

The new Maps app for OS X El Cap includes a Transit view, which lets you see transit lines in certain sties, including bus, train and subway routes. You can also get transit directions to and from wherever you want to get, along with step-by-step instructions.

Schedules are included, too, letting you specify when in the future you want to leave and providing approximate arrival and departure time for buses and trains along the way. Station cards in Maps also show you a schedule of the various lines that have a stop there, and you can specify which exact types of transit you want to see or don’t want to see, if, for example, you’re a fan of light rail but abhor buses.

The built-in photo management app gets improvements in the Mac App Store, including support for editing extensions. This is actually huge, since it means that third-party developers can build additional tools for Photos to make it a much more flexible and robust image editing stool. These are available via the Mac App Store, and can be plug-ins thrown in with full standalone apps, or simple extensions that live entirely in Photos itself.

Extensions could bring some of the missing pieces to the app that users were looking for in Photos as a replacement to Aperture, but it’s more likely going to just expand the ready-to-hand quick edit options for more general users.

Other changes coming to the Photos app include the ability to batch change the title of images, organize Faces by dragging more than one to a person at a time, and the ability to both add location to pictures, and edit the existing ones if the metadata is off. Launch time performance is improved, too, meaning you’ll be up and editing more quickly.

One of the biggest little features coming to the Mac in El Cap is an overall performance boost. The software update doesn’t drop support for any Mac vs. OS X 10.10 Yosemite (which is the same group from Mavericks, by the way) and in fact, it’s possible it’ll run better on some older hardware.

The performance improvements could offer big gains for machines like the new MacBook.

Improvements include faster launching across apps (not just for Photos) and better switching before apps, as well as improved performance around PDFs and email. The focus is clearly on activities that come up a lot and that can lead to a lot of observable slow down time when you’re doing them over and over again. 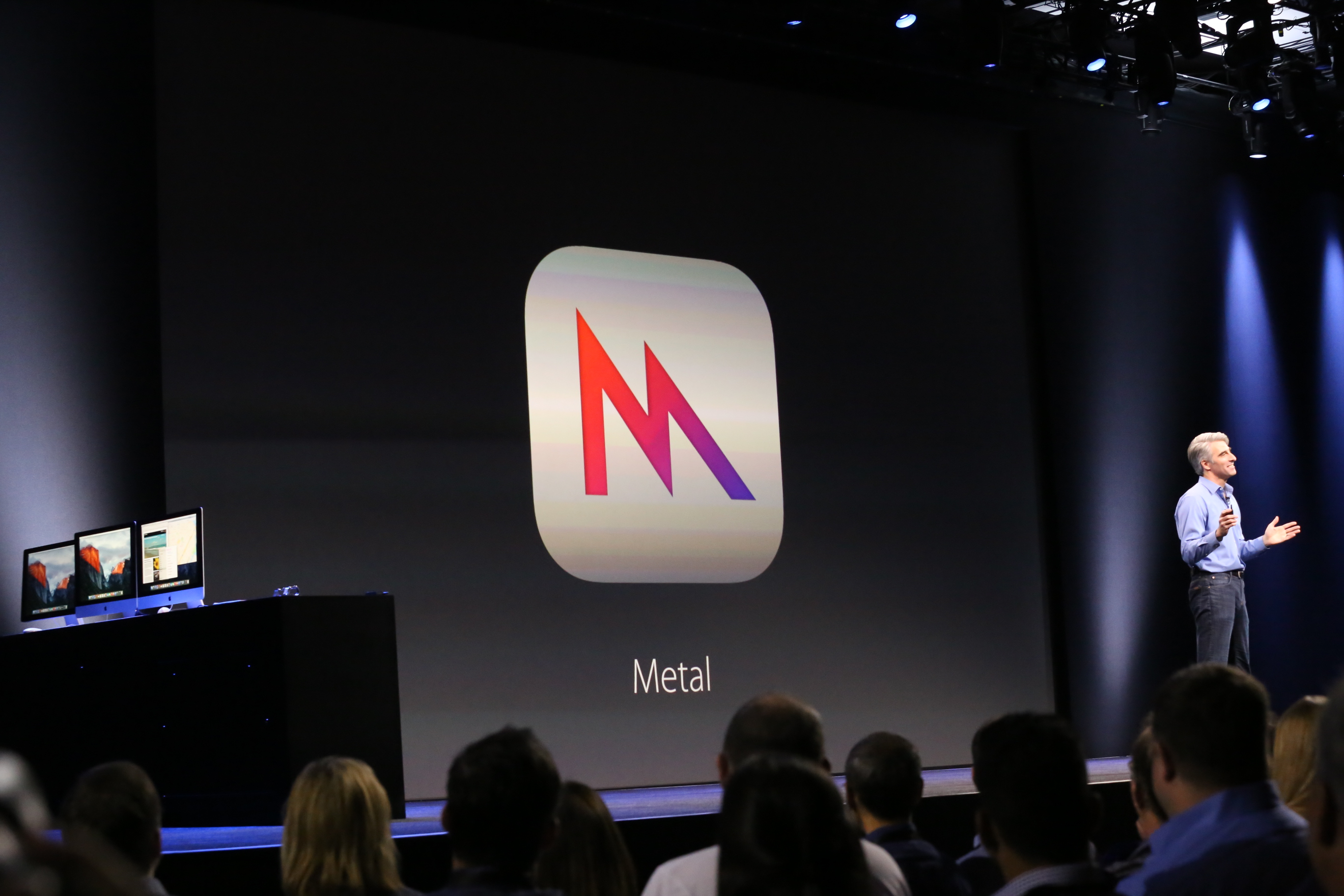 Metal is new to the Mac, too, which uses the GPU to contribute to the CPU’s workload, provided developers code their apps to support it. This could lead to big improvements on higher-end machines, but should be useful all around, for games and beyond.

A lot of the performance improvements could offer big gains for machines like the new MacBook, which opts for lightness and portability over and above lots of impressive processor specs. That could suggest more future Macs that share common design inspiration with the new MacBook: peppier performance on the software side allows for a lot more hardware efficiency.

This is just an early preview of OS X 10.11 El Capitan, and as such isn’t subject yet to the kind of scrutiny or full-fledged review we’d attach to a consumer release, but the features it offers are already showing lots of promise. Apple’s “foundation” year in its platform software could be the best year for users of its notebook and desktop computers, given the smart additions the preview already holds for OS X’s most-used and most potential-filled apps and capabilities.