Your phone is about to get a lot more Fallout; Bethesda Softworks held its own E3 press event last night, wherein they revealed a lot about upcoming title Fallout 4, and launched a new Fallout dedicated mobile game called Fallout Shelter. True fans of the series will probably be most excited by in-game support in Fallout 4 for a real-world Pip-Boy, powered by your very own smartphone.

A version of Fallout 4 called the “Fallout 4 Pip-Boy Edition” will ship on November 10, the same day the game is generally released, with a retail price of $120 and a package that includes a Pip-Boy replica, designed to actually be worn on your wrist. The replica has a slot suitable to accommodate a number of different kinds of smartphones thanks to included foam inserts to adjust sizing, and works with the Pip-Boy companion app that lets players actually manipulate their in-game inventory, character perks, holotapes and beyond.

As far as second screen experiences go, this one sounds pretty damn amazing – plus you get a totally steampunk Apple wearable without plunking down the additional money for an Apple Watch! Well, it’s probably not an everyday accessory, but it will complete the look for your next PAX cosplay. 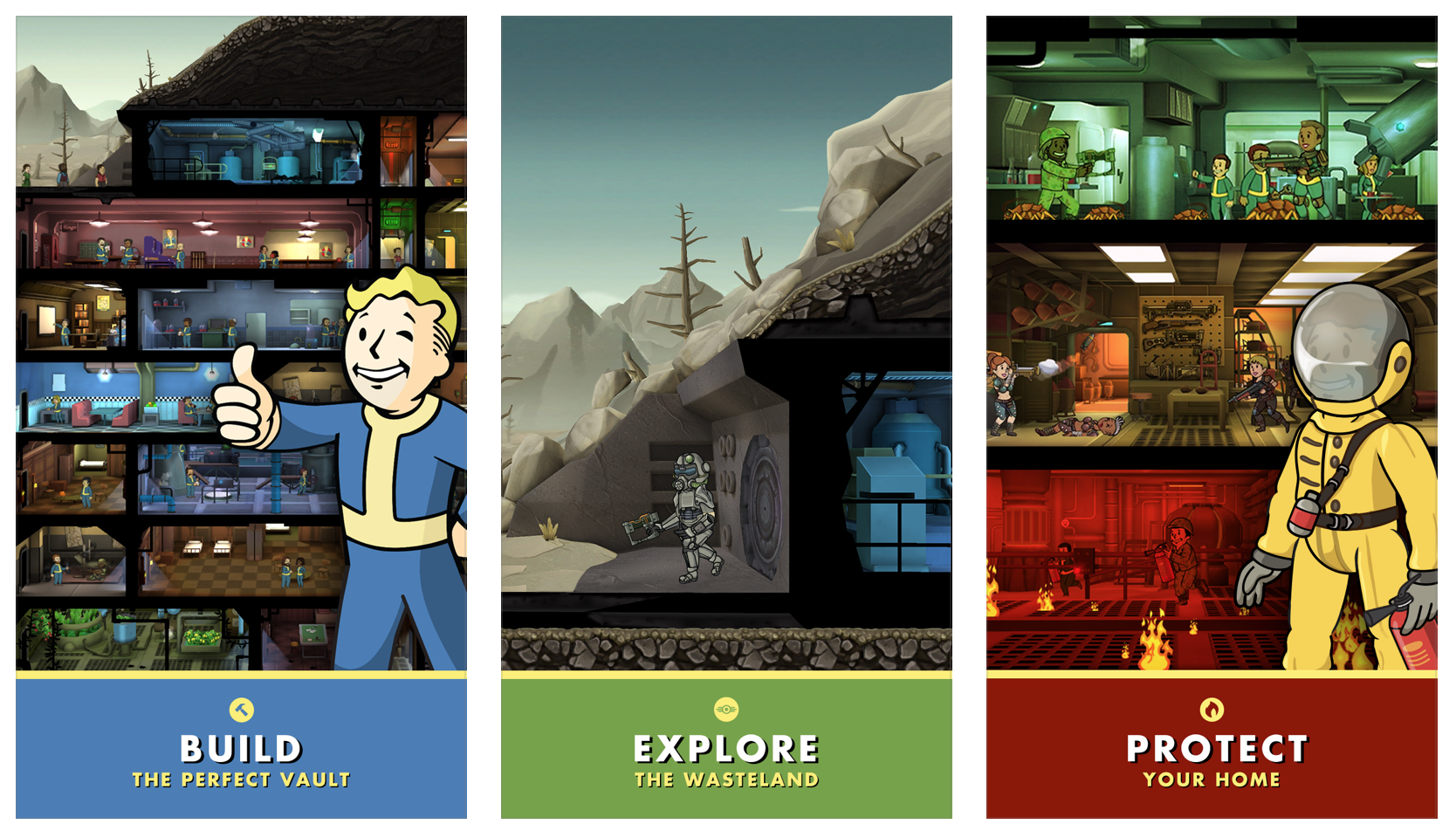 Bethesda also announced Fallout Shelter for iPhone and iPad, the first-ever mobile game from the game studio set in Fallout’s dystopian post-apocalyptic world. As you might expect, it takes on a format more suitable for iOS gaming, letting players build a Vault in which residents can ride out the nuclear apocalypse unscathed. It’s basically a tower building sim, set in the Fallout universe, but it looks pretty good so far, with a lot of positive ratings in the App Store.