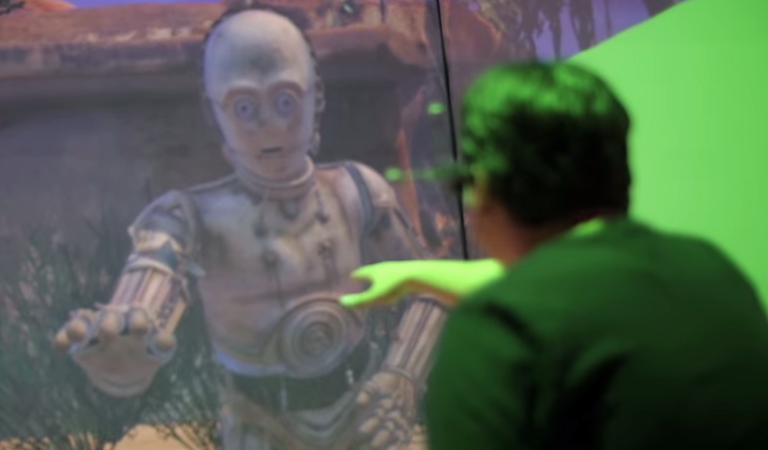 Do you like Star Wars? Do you like virtual reality? The Venn diagram of those two fan bases presumably has quite the overlap — and yet, there hasn’t been much official Star Wars VR stuff to date.

That’s about to change.

Lucasfilm, FX powerhouse Industrial Light & Magic, and Skywalker Sound have just teamed up to announce a new endeavor: the ILM Experience Lab — a team brought together almost solely to tackle the budding world of VR.

With those three names being thrown around, you might expect some Star Wars-related content to be a focus — and sure enough, USA Today reports that Star Wars VR content is priority No. 1.

The video below gives but a few glimpses into what they’ve cooked up so far:

Like the VR community itself, ILM hardly seems committed to any one VR solution at this point. At least based on that video, it seems they’re dabbling with everything from HTC’s Vive, to the Oculus Rift, to insane, projection-based, Holodeck-style full room experiences.

Hell, even if you’re not into VR, the video is worth it just for a glimpse at the sort of toys this group has at their disposal. I mean, check out that friggin’ real time, simulated-camera motion capture at the 30-second mark. Drool.