Oculus may be focused on this generation of hardware with today’s big Rift VR headset unveiling, but it’s also keeping an eye to future generations. We caught up with Oculus CEO Brendan Iribe after the special event today, as he fielded questions from a gaggle of reporters, TechCrunch included.

Oculus is directing research and development resources towards making this kind of photorealistic immersion possible, as a goal for future generations of its product. The idea is to truly transport VR users in ways that have broad applications beyond the world of gaming and even entertainment; in other words, they want to put the actual presence into the word ‘telepresence.’

“That’s the investment we’re making, and you’ll see us make a number of announcements on the research side around different teams, like Surreal Vision [which Oculus acquired in May], who are the inventors of Kinect Fusion, which is what a lot of HoloLens is based on in terms of their tracking inside and out,” Iribe said, referring to Microsoft’s augmented reality platform, which overlays a digital interface on the physical world. “So if you want to untether it and you don’t even want an external sensor one day, how would that work in terms of just running around an open environment.” 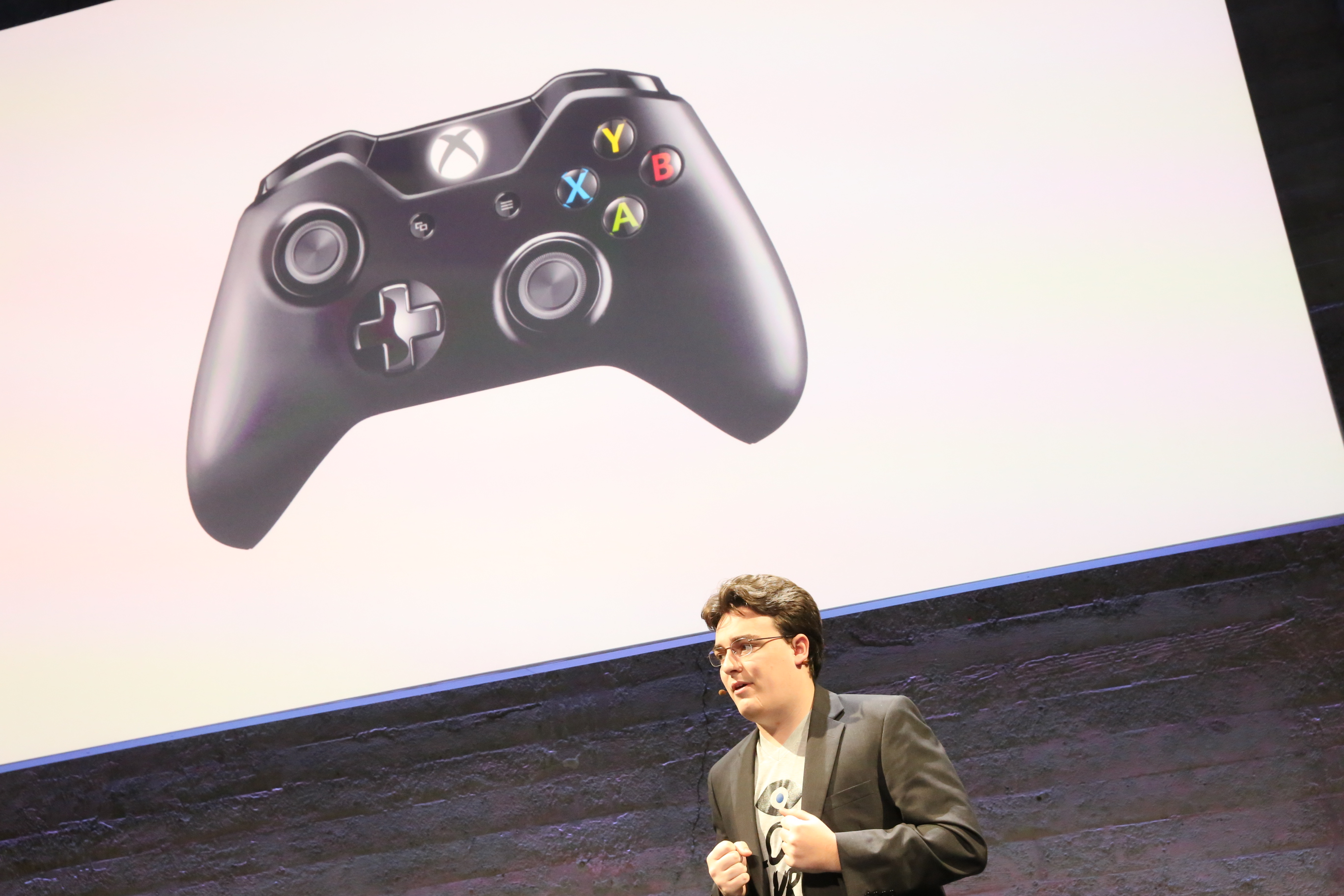 Microsoft is a key partner for the Oculus Rift launch, since an Xbox One controller is bundled with every unit.

Oculus is working with Microsoft in partnership to make the Oculus launch as successful and accessible as possible, as evidenced by things like the bundled Xbox One controller and native Windows 10 Rift support. Its Surreal Vision acquisition means it has plenty of expertise when it comes to the basic building blocks of HoloLens, too, which could have interesting implications down the road.