Apple will at last address a glaring oversight with regard to its Health application and its usefulness to women: in iOS 9, the app will support the ability for women to track their reproductive health. Yes, finally: Apple is making period tracking a built-in feature for the iPhone. Announced briefly at yesterday’s WWDC event in San Francisco, Apple’s SVP of Software Engineering Craig Federighi mentioned the forthcoming feature among a series of updates to Apple’s HealthKit platform, which will also now be able to store data related to UV exposure, water intake, and users’ sedentary state.

That Apple overlooked period tracking as a key function that roughly half the population would expect to see included in a comprehensive health tracking app is not entirely a surprise.

Apple today is a company where only 30 percent of its employees are female, and only 20 percent of those in engineering positions are female. And while Apple has been attempting to make amends for its lack of diversity (by increasing WWDC 2015 scholarships to include more organizations encouraging female engineers, for example, or putting women execs on stage at WWDC 2015 — after years of male keynote speakers — as well as basically owning up to the fact that its troubling ratios are all its own fault) the issue with the Health app is a perfect example of how not having the right balance internally can actually impact innovations and technology developments.

Following the release of Apple’s Health app, the company was widely criticized for ignoring women’s health issues. As The Atlantic pointed out, women have been tracking their cycles for thousands of years – having long understood the correlation between menstruation and fertility.

Period tracking, after all, is one of the earliest examples of quantified self tracking.

Ranted Fusion reporter Kashmir Hill, “how can an app that promises to let you ‘see your whole health picture’ neglect to include one of the most important aspects of a woman’s health?” 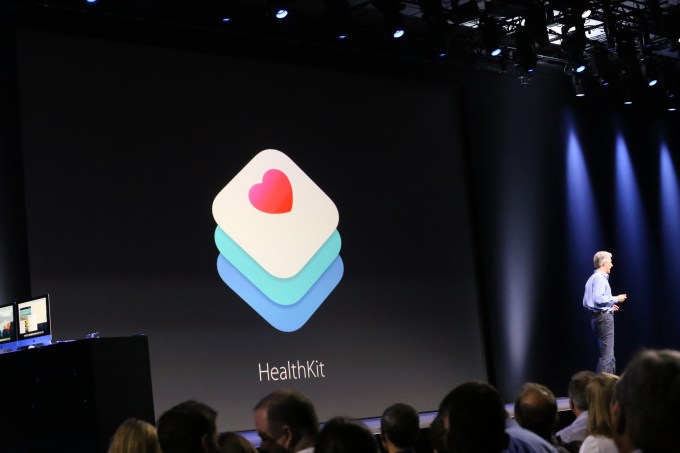 Apple’s App Store today is filled with apps that offer this simple but critical tracking function, including those aimed at helping women get pregnant (or avoid it), like Bellabeat and Glow, as well as apps that simply let you know when your period is coming. Some of these are better than others.

But conception is not the only reason why a period tracker can be useful. As most women know, an irregular period can point to other health issues including things like stress, illnesses, hormone problems, and more, and a cycle’s timing can also be influenced by diet, travel, exercise, drug use, breast-feeding, and other changes.

If anything, a woman’s cycle is the ideal bit of data for a universal health app to include.

And yet, Apple introduced comparatively niche tracking options like copper intake or selenium intake in HealthKit before it got around to something as basic as period tracking.

Apple didn’t say much in its announcement on stage or press release with regard to what’s included with its new “reproductive health” tracking feature in iOS 9’s HealthKit update, but its developer’s site offers a few more clues.

New HealthKit constants listed here reference data points that relate to period tracking, including the ability to track cervical mucus (an increase points to fertility, and users will be able to enter color and consistency data), as well the menstrual flow’s amount (light, medium, heavy). Another item lets women enter whether or not an ovulation home test had a positive or negative result.

Combined, it’s clear that Apple’s Health app in iOS 9 will be largely focused on tracking cycles as they relate to fertility. That’s obviously a key reason for tracking a cycle, but it’s not the only one – there are a number of health-related reasons why a woman may need to have this data on hand, as noted above.

Still, it’s a step in the right direction for Apple – and here’s hoping that, one day, Siri will be smart enough to simply tell you when it’s time to go buy tampons. That’s not too much to ask, is it?