Apple had a lot to announce at its Worldwide Developer Conference this morning, and it was easy to miss big news as it happened during the two-hour-plus keynote. We’ve summed it up right here, with links to our coverage if you want to know more.

Off the bat, Apple announced Mac OS X El Capitan. While it doesn’t come with a visual overhaul like last year’s Yosemite update, it does bring improved gesture support, the ability to snap windows to fill the sides of your screen, and natural language processing capabilities for Spotlight search. Gamers will be happy to hear that Apple is bringing its Metal API to the Mac from iOS, where it helped developers get significantly better graphics without requiring beefier hardware.

With iOS 9, Apple unveiled its Proactive assistant. It’s a lot like Google Now, showing you helpful reminders thoughout the day. Instead of processing everything in the cloud, Apple’s figuring out what you need based on what’s already on your phone, making it a more appealing alternative for those concerned about privacy. 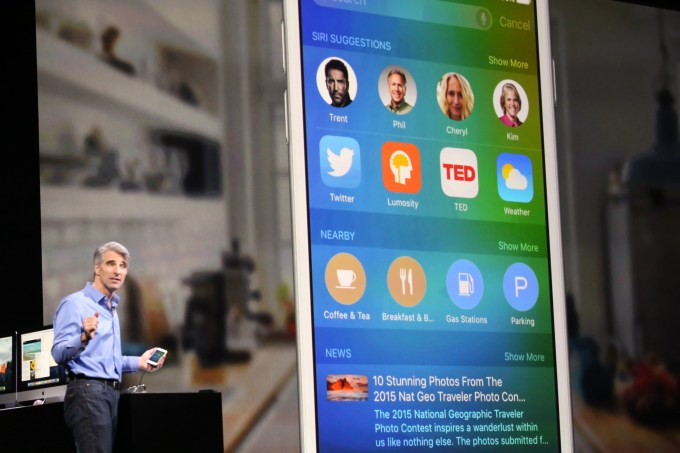 On the iPad, Apple introduced real multi-tasking, letting users run apps side-by-side on the tablet for the first time. There’s a basic version of this that will run slimmed-down apps on most recent iPad models, while the newer iPad Air 2 will support full split-screen with any app.

The Apple Watch wasn’t neglected today either. Apple demonstrated its new native app SDK, which will let developers create applications that run on the Watch itself rather than in the background on a paired phone. Developers will be able to work with new features like video playback, as well as access to the heart rate sensor, microphone, Digital Crown, and Taptic Engine, opening the door for more complex apps than what we saw on the Watch at launch.

Apple wrapped the keynote with the debut of Apple Music, its new Spotify competitor. For $9.99 a month, users will have access to a large streaming catalog, the new Beats1 radio station, and a new social tool called Apple Connect for interacting with musicians. Apple Music launches June 30th and will be available on iOS, in new iTunes apps on Mac and Windows, as well as Android later this year.