Do you like spiders? Do you like the idea of wearing spider webs? Well, you’ll soon be able to wear clothing made from the same material as spider webs if a new startup called Bolt Threads gets its way.

The startup plans to make clothing that is stronger than steel and softer than Merino wool by manipulating the genes of bacteria to get them to produce the same silken threads that spiders spin from glands in their behind.

Silicon Valley loves wild ideas, and this is definitely one of the weirder sounding ones. But a bunch of VC’s from Foundation Capital, Founders Fund, Formation 8 and Alafi Capital think they see potential in this startup and have given Bolt Threads $32.3 million in Series B funding to help it manufacture those threads at scale.

The startup has been in stealth thus far and never announced the previously raised $7.7 million. The new infusion of cash puts the total amount of Bolt Threads’ funding at $40 million with a valuation just over $100 million, according to Pitchbook’s calculations.

This notion of making silk that you can wash or is dyeable or is UV resistant is pretty incredible…Bolt Threads is uniquely positioned to commercialize technology that people have dreamt about for decades. Steve Vassallo, Foundation Capital

But this idea isn’t new. People have been making use of spider silk for thousands of years, according to Wikipedia. Some used it to cover up wounds, and others used it to catch small fish. The silk from spiders is some of the toughest, softest and most malleable material in the world. It is said to be five to 10 times harder than steel or Kevlar, yet possesses remarkable elasticity and stretch resistance (for preserving all your yoga pants).

The problem is it’s really hard to produce in mass quantities. Still, plenty of people have tried to do this. It usually involved enslaving the spiders. A farm in Madagascar was able to produce about 80 feet of silk from a bunch of spiders back in 2009 using this technique. It was the largest amount of cloth humans have ever been able to extract from the creatures naturally, but apparently spiders get cannibalistic in close quarters. It also took about 14,000 spiders to produce one ounce of the material, so this wasn’t a very scalable model for the silk business.

Then things got weird. Scientists in rural Quebec, Canada made spider goats. Using the magic of synthetic biology, scientists from Nexia Biotechnologies produced genetically engineered goats that could create a bunch of milk with the same molecular structures found in the spider silk.

But goats take up space and need a lot of food. They also don’t reproduce fast enough to perfect the process. The spider goat model turned out to not be sustainable, and the company went bankrupt.

Bolt Threads tackles the mass production of this spider silk material in a similar way but uses much less snuggly, yet faster-producing bacteria to do what the goats were doing. It takes 30 minutes to get a new generation of bacteria, and they don’t need as much food or space.

Foundation Capital’s Steve Vassallo already had an interest in spider silk production for years. He saw the potential for rapid mass-production with Bolt Threads and said he invested in the startup for that reason.

“This notion of making silk that you can wash or is dyeable or is UV resistant is pretty incredible…Bolt Threads is uniquely positioned to commercialize technology that people have dreamt about for decades,” Vasallo told TechCrunch. 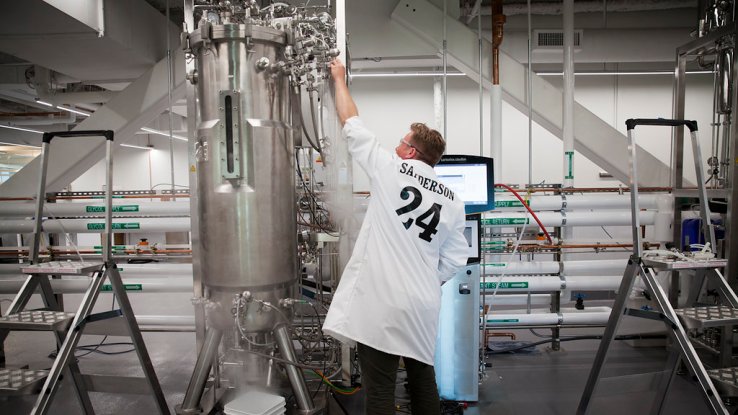 But Bolt Threads co-founder and CEO Dan Widmaier wasn’t thinking the spider business was for him at first. He sort of fell into it inconsequentially while working on his Ph.D. in chemistry and chemical biology at UCSF.

“It was pretty random. I was actually working on engineering microbes for a protein secretions project, and my professor came and said to me, ‘I think we should work on secreting spider silk proteins’,” Widmaier said. “I thought this would be something I would spend maybe five percent of my time on.”

As luck would have it, he stumbled onto something that was a pretty hard problem to solve, and he turned his full attention to the process of creating the synthetic material. “That kind of allure of the impossible challenge to procure something like spider silk that doesn’t come close to anything we’ve done with 100 years of polymer engineering and that kind of lit the fire. It became pretty clear that there was a commercial application there,” Widmaier said.

He soon met David Breslauer and Ethan Mirsky, both scientists like Widmaier, who happened to be in the Bay Area and working on similar angles to the spider silk problem. He credits them for helping him overcome some major hurdles to producing the threads. They quickly became Widmaier’s co-founders, and Bolt Threads was born.

The startup is now working with large textile partners who want to use this material in their products, according to Widmaier.

“Think of this material like the Intel Inside’s of the world, the Goretex of the world. It’s clothing powered by Bolt Threads,” Widmaier said.

There’s also a sustainability component to spider silk. “If you look at all the new high-performance textiles they are really rehashed versions of polyester,” Founders Fund’s Chief Scientist Aaron VanDevender points out. “But polyester pants go into the landfill forever and natural fibers from silk don’t.” 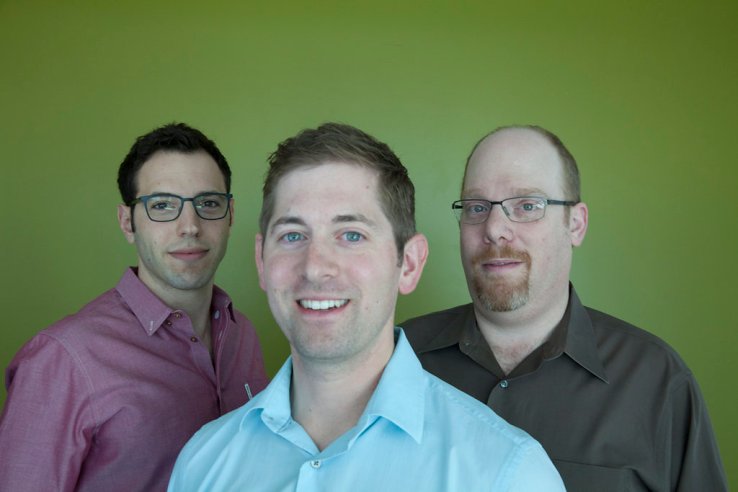 Founders Fund has prided itself on investing in a lot of what founder Peter Thiel would call “zero to one” ideas in everything from space transportation to nuclear power but hasn’t done anything in the programmable microbes area until now. VanDevender says the VC firm was looking into synthetic biology and saw the potential for Bolt to use this process at scale to replace artificial textiles made from polymers.

“Apparel and textiles is one of the largest industries behind food and energy,” said VanDevender. He’s not wrong. The world textiles and clothing market is expected to grow to $3,748.7 billion by the end of 2016, according to Market Research.

VanDevender also believes that gives the spider silk a leg up because other polymers don’t feel the same. “If you put on polyester or Goretex material it feels artificial,” VanDevender said.

Bolt Threads provides a more natural fiber that breathes well and feels good on the skin, but that is also very strong and incredibly elastic.

On top of that, it’s a more eco-friendly solution to one of the dirtiest industries on the planet for water and air pollution. The Chinese textile industry – one of the largest in the world – creates about 3 billion tons of soot from polymer manufacturing every year.

“Bolt is in this sweet spot of something that solves a big problem but also makes economic sense and doesn’t have a bunch of red tape around it, ” according to VanDevender. “It’s good to have that kind of material if you are going to be clothing the next billion people.”

Bolt Threads will also be using the money to create its own line of products for consumers and to create relationships with other textile manufacturing operations. It plans to use this new round of funding to bring this cloth to both the public and the manufacturers by 2016.

“Our technology combines biology and computational methods to create performance fibers with carefully crafted properties. We’re very excited to sustainably develop the next generation of performance fabrics that will transform what we wear and how we live,” Widmaier said.