AOL.com is getting a new look.

Unless you’re a regular visitor, the changes might not seem all that dramatic, but Maureen Sullivan, President of AOL.com and the company’s lifestyle brands, told me that the site has been revamped to optimize for the mobile experience, and to put video front-and-center.

In addition, the redesign reflects a new curation process, with Sullivan’s team hand-picking from different editorial modules. (AOL owns TechCrunch, and yes, apparently there will be a TechCrunch module.) She emphasized a “no feeds” approach, meaning that all the articles and videos will either be chosen by human beings or, over time, personalized to a visitor’s interests. 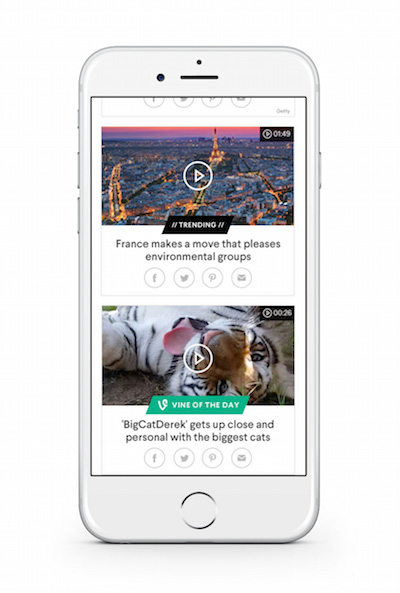 The whole idea of AOL.com might seem kind of quaint, and even less relevant as social media becomes an ever-larger driver of Internet traffic. (There’s also the question of what the pending Verizon acquisition of AOL will mean for AOL’s content business.)

However, the site’s traffic is actually growing, according to comScore — between June 2014 and April of this year, unique visitors went up 20.6 percent, to 31.3 million. Mobile is up 79.5 percent, while video views are up 93.8 percent. And that the average age of an AOL.com visitor is also creeping downward, down to 48.1 years old from 49.8 a year ago.

As for the growth of social media, Sullivan acknowledged that in the past, the site didn’t have much to offer: Since AOL.com was just linking to articles elsewhere, “We didn’t have anything to link to.” That’s changed, however, now that it’s hosting videos and articles, both from AOL-owned properties and from partners like Condé Nast and NBCUniversal.

“We have a joke that we’ve banned the words ‘portal’ and ‘welcome screen,'” Sullivan said. “We’re not that anymore, we really have evolved. I understand why people think of us in that way, but as this company has evolved in many ways, we have as well. Hopefully this will convince some people to take a second look.”

For now, at least, users can choose to opt-in to the new design, or to stick with the old one.