Pinterest grew tall on the backs of bloggers, some who were incentivized to rabidly fill the discovery network with content because they got a little affiliate fee when their Pins led to purchases. But in February, Pinterest suddenly began removing all affiliate links people posted, claiming they led to spam and irrelevant Pinning.

But bloggers are already complaining that the affiliapocalypse was a self-serving move by Pinterest in the lead up to today. This morning, Pinterest swallowed up the purchase experience with the launch of Buyable Pins that let you pay right in its app.

Rather than clicking through affiliate link Pins posted by bloggers that directed to shopping sites, now users can pay via credit card or Apple Pay without leaving Pinterest. While the startup doesn’t charge a fee to buyers or merchants, it still stands to be rewarded handsomely by subsuming commerce. Cutting out steps between discovery and purchase increases conversion rates. That makes these Buyable Pins much more lucrative for businesses that pay to turn them into ads that amplify their reach.

So instead of bloggers earning money directly for inspiring a sale, Pinterest will earn money indirectly for transacting that purchase.

Wedding blogger Preeti Moberg of The Big Fat Indian Wedding tells me she would post affiliate link Pins of “dresses or necklaces or stationery” she thought were especially beautiful. Other users would repin her, a bunch of people would click, and some would buy, earning her some cash. Now those buys could happen on Pinterest, and she wouldn’t get a cut.

“I knew bloggers making several thousands of dollars a month on these affiliate links and now they make nothing,” Moberg tells me. “It’d be great if we could still pin things from Nordstrom or Macy’s and still make some affiliate fee from it.” 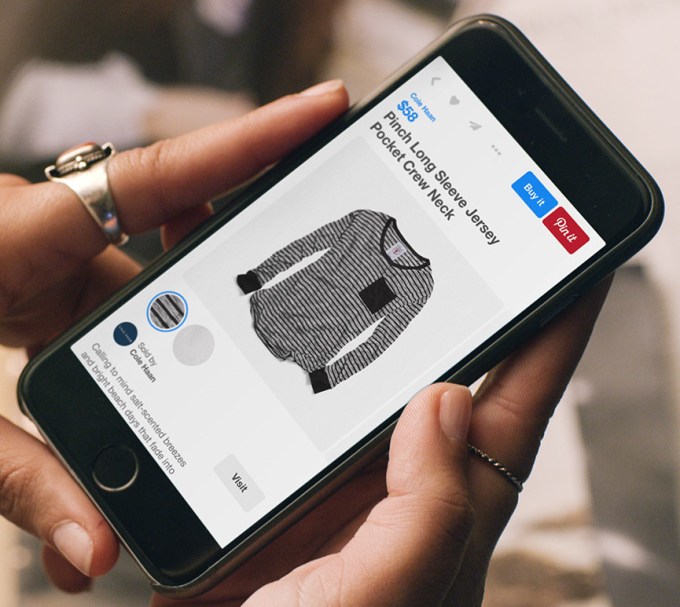 When asked if the affiliate link shut down and Buyable Pin launch were related, a Pinterest spokesperson told me “It wasn’t to screw anyone over…It was ultimately a policy decision.” It’s reminiscent of Twitter shutting down third-party tweet reading apps, or Facebook turning off virality for Zynga’s games — something that seems inevitable and good for users, but still hurts someone in the ecosystem. 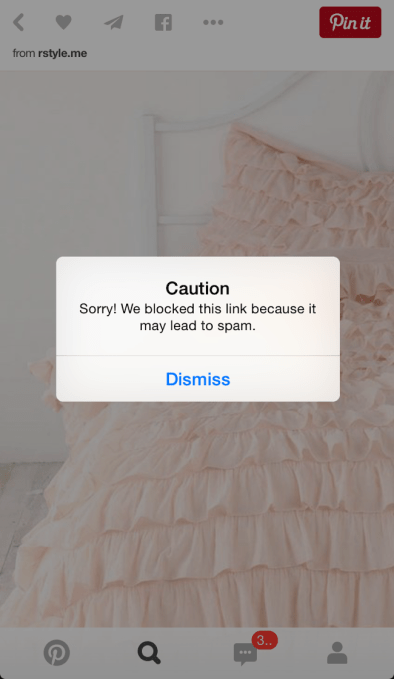 The were surely some greedy bloggers Pinning whatever they could find and blasting their affiliate links everywhere. It was certainly a bad experience to clickthrough one of those and get redirected a bunch of times, end up on a different product, or find the item is out of stock or no longer for sale. Pinterest maintains that “Most of the bloggers on Pinterest weren’t working with affiliate links.”

Still, there are probably quite a few innocent bloggers who were Pinning what they truly cared about, and bolstering Pinterest’s content trove in the process, who are now feeling the burn.

It’s a coming-of-age moment for Pinterest. When it was a small, un-monetized website, it needed all the help it could get from bloggers. They nurtured Pinterest in its infancy. Now five years old with 70 million users and a jaw-dropping $1.3 billion in funding, Pinterest is ready to sever ties and strike out on its own.