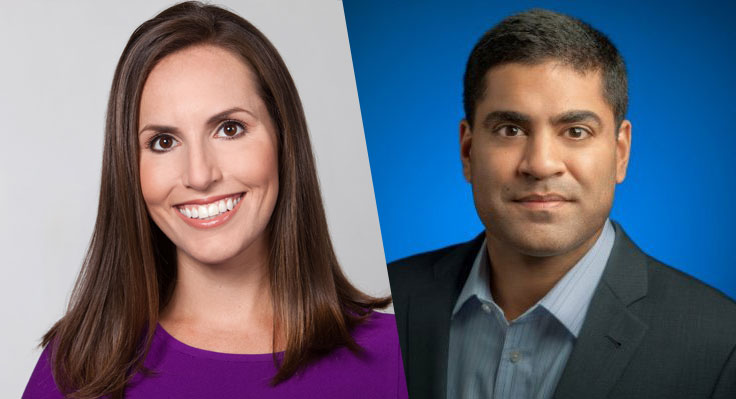 On-demand grocery delivery startup Instacart has been rounding out its management team, as the company seeks to expand into new markets and find new customers. To support that mission, it’s brought on a new general counsel and VP of communications.

Instacart’s new head lawyer is Nikhil Shanbhag, who joined the company in recent months from Google. He served head of the Global Competition group at the search giant, and was responsible for overseeing all antitrust matters in the U.S., Europe, and other places around the world. Before that, Shanbhag was a fellow at the Georgetown Center for National Security and the Law, where he worked on litigation related to Guantanamo and other national security projects.

The company also hired a new VP of communications, who coincidentally also has a background in D.C. and politics. Andrea Saul, who most recently ran comms for Sheryl Sandberg’s nonprofit organization LeanIn.Org, is joining to head up comms for Instacart. Prior to LeanIn.org, Saul served as press secretary for Mitt Romney’s presidential campaign and before that was press secretary during Carly Fiorina’s Senate bid. She also served as a communications aide for Senator Orrin Hatch and as director of Media Affairs during John McCain’s presidential campaign.

In a phone conversation, Saul said that after the Romney campaign it was her goal to work at a startup, but her two-year stint at LeanIn.org helped get her into Silicon Valley. “When I spoke with Sheryl, it was such a good opportunity I couldn’t turn it down,” Saul said.

But when it came time to go into the startup world, Saul targeted Instacart at the same time that the company was on the hunt for someone to run comms. As an avid user of the service, she believes her experience on the politics side of things could help the fast-growing company. Every startup, she said, “is going to run into crises, policy issues, and challenges that my background in public policy can help with.”

The hirings took place not long after Instacart raised a big $220 million round of funding late last year. Overall, the company is hiring not just at the management level, but across the board. Saul said it had 120 employees at the start of the year, and headcount is now up above 200. There’s still more growth ahead. Now available in 16 markets throughout the U.S., the company is looking to add more metro areas over the coming year.