Perhaps spurred on by Monsanto’s acquisition of Climate Corporation in 2013, the agriculture tech (or agtech) space looks set to continue heating up, particularly in the eyes of investors.

Today, Estonia-based farm management startup VitalFields has raised an, albeit modest, Series A round of $1.2 million from various backers including SmartCap, the investment arm of taxpayer-funded Estonian Development Fund, and an unnamed large Silicon Valley-based VC. The company currently operates in Poland, Ukraine, Germany and Estonia, and plans to use the additional capital for further product development and boosting VitalFields’ presence across Europe.

Founded in 2011 at the Garage48 hackathon, and also an alumnus of accelerator Startup Wise Guys, we first described VitalFields as an agricultural early warning system, although the company’s product has expanded significantly since then. 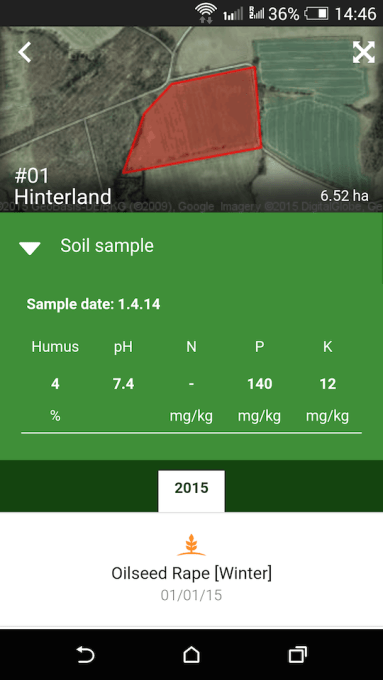 Or, put more simply, VitalFields is another classic SaaS play, replacing old, largely, paper-based ways of doing things, or legacy and expensive software and tools that were never really designed to do the job.

“We recently launched the VitalFields app for machine operators and field workers to end the era of paperwork in the agricultural business”, says Martin Rand, CEO and co-founder of VitalFields. “The efficiency of farmers depends on very different factors from weather to financials to planning and operational management. We believe we have found the ingredients to success since VitalFields is one of few farm management solutions which has scaled cross border.”

Meanwhile, VitalFields’ Series A comes at a time when there has been a plethora of funding activity in the agtech space. Earlier this month, Farmers Business Network raised $15 million in a round led by Google Ventures. Late last year YC alum FarmLogs raised a $10 million Series B. And another agtech company to pick up new funding recently is Farmers Edge, rumoured to have raised over $10 million in a round led by Kleiner Perkins.