The OpenStack Foundation today launched a beta of a new project for its open source cloud computing platform at its bi-annual developer and user conference that aims to make it easier for new users to get started. The foundation will now host a community app catalog that will allow users to share templates for setting up apps and services on the platform.

This means OpenStack users could get started with Kubernetes and containers on OpenStack or install the CloudFoundry PaaS platform with just a few clicks.

The project uses a number of different template and virtual machine formats. It makes use of OpenStack’s existing Heat Orchestration Templates, for example, which allow you to define the infrastructure, policies and dependencies for a complete application stack. For the most part, Heat templates are compatible with Amazon’s AWS CloudFormation template, so it should be pretty easy for developers to port the templates over to OpenStack. The catalog currently includes a Heat Template for setting up an OpenShift cluster, for example, as well as a template for setting up a Minecraft server. 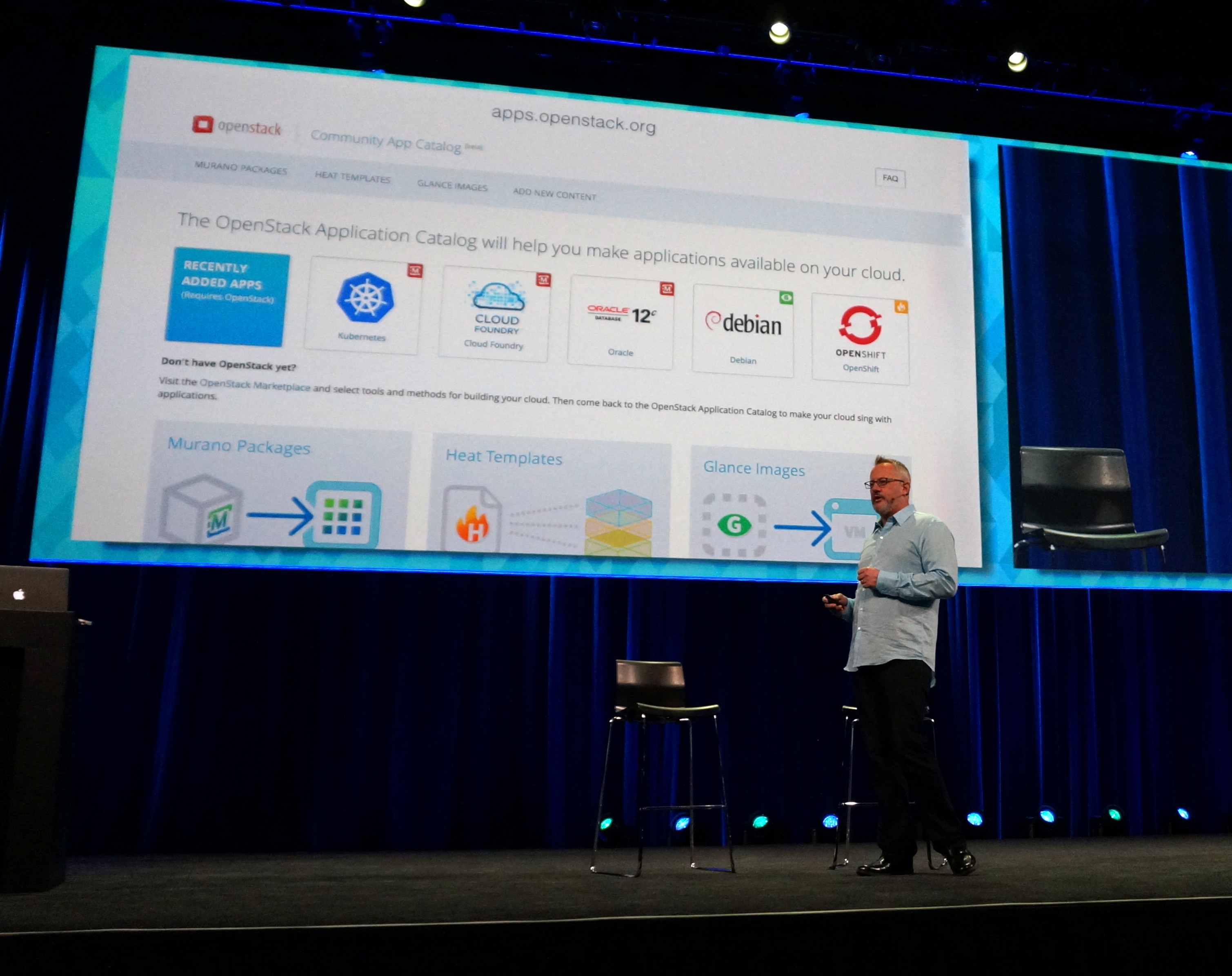 Developers can also use it to share Glance Images, which are essentially virtual machines, and Murano packages, which are meant to help developers package complete apps in both simple and clustered configurations. A typical Glance image would be a Linux distribution for example, maybe with a couple of pre-installed packages to run WordPress, for example, while Murano packages may include a full Cloud Foundry, Docker or Kubernetes install.

As OpenStack COO Mark Collier told me, the organization decided that it wanted to give users a place to put their templates and share best practices, but also help new users get started with their clouds.

Today’s keynote also clearly showed that the OpenStack community is starting to embrace containers — even though some pundits will argue that containers may actually make projects like OpenStack superfluous in the long run. The OpenStack Foundation argues that it can offer the infrastructure layer for integrating with cluster managers and that the two technologies together can actually help enable developers build portable apps. 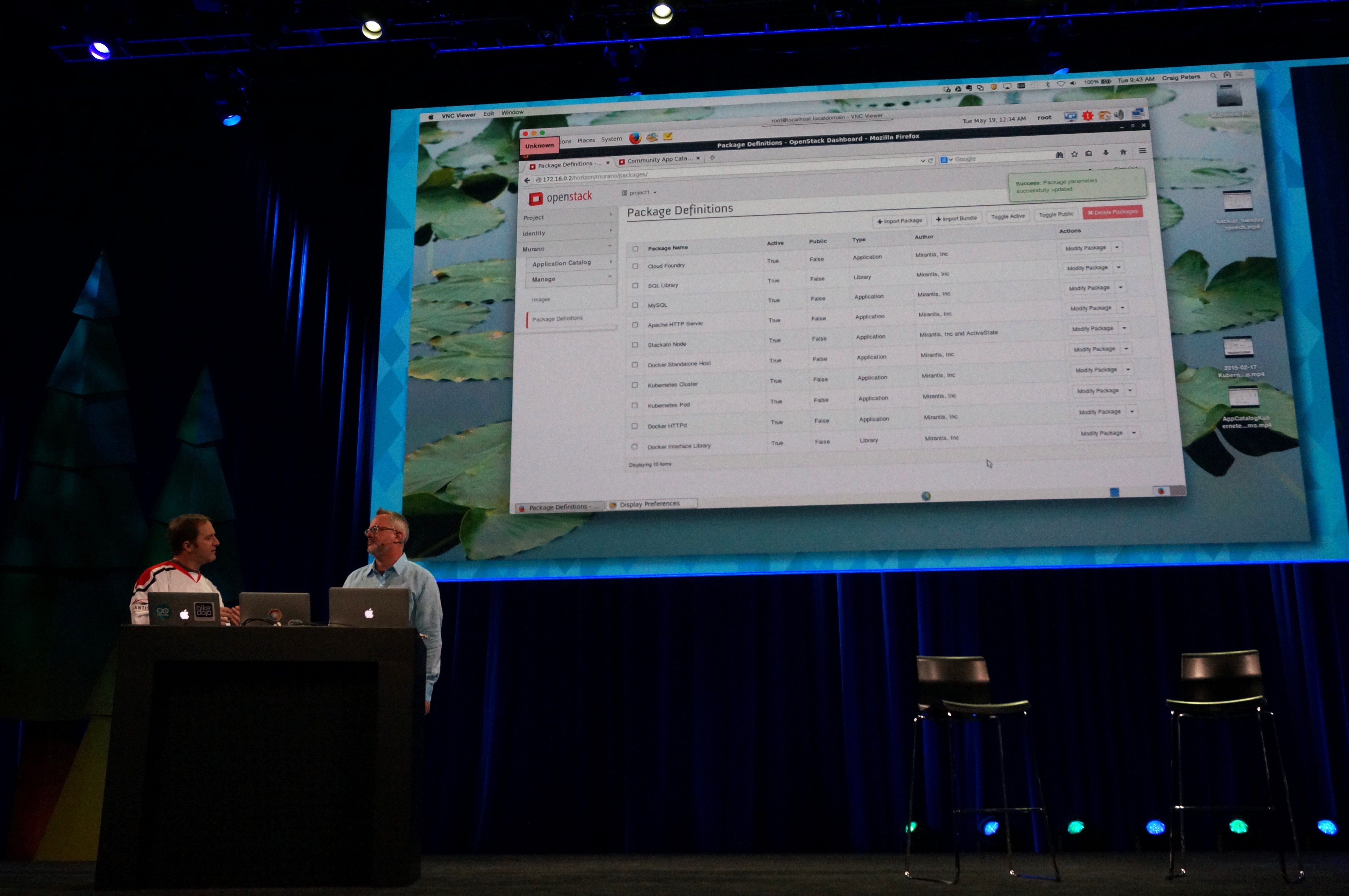