With the introduction of the Apple Watch, many believe that smartwatches as a new computing platform now has the potential to explode. One company betting on that trend is Little Labs, an L.A.-based app studio founded by mobile industry veterans that’s focused exclusively on building experiences for the “post-phone” era. The studio today has a small handful of apps for Android Wear and Apple Watch on the market, but plans to introduce several more over the course of the year ahead.

Little Labs is not alone in hoping to find a breakout success in apps for the small screen: the startup is backed by $3 million in seed funding, with the largest portion of that from a recent seed round led by NEA.

Others participating in the round, which closed in April, include Lightspeed Ventures and Lowercase Capital, with pre-seed investors Crosscut and Amplify LA also joining in.

The startup was founded a year ago by Ariel Vardi, Kris McDonald, and Michael Marchetti, whose combined experience includes serving on the founding team at Jamdat Mobile, as well as years spent working at other gaming studios like EA and Buffalo Studios.

Explains Vardi, their idea to come together to form a development studio for smartwatch apps was originally inspired by the early traction they saw with Android Wear, he says, as well as the ongoing rumors at the time hinting that Apple was also about to enter the watch business.

“All of this looked to us like the huge potential for a new type of platform that could have mass market appeal. And that’s kind of our speciality in the team – we’ve worked on all the mobile platforms going from flip phones to click-wheel iPods – we love this type of environment,” Vardi says.

At Little Labs, the team plans to experiment with watch apps that they believe will have broad appeal, rather than those designed for niche audiences.

One of the company’s apps is Facer, a watch face designer for Android Wear, which has somewhere between 100,000 and 500,000 downloads, according to Google Play. (Little Labs would not confirm the hard numbers.) But given that the app is not free – it’s $1.00 – that’s decent traction for something that only runs on Android Wear-based watches.

Little Labs also recently introduced its first Apple Watch app with a bite-sized slots game that offers themed rooms, simplified gameplay, and colorful visuals and animations. Called Slots Time!, the app offers the ability to tap to play the game of slots as well as a tournament-based game mode where you compete with the community.

Slots Time!, which will generate revenue through in-app purchases, is a bit of a low-browed form of entertainment. However, the ability to spend only seconds in the app at a time in order play may make it appealing to casual gamers.

Two other apps still in development are a one-tap chat app for Android Wear called TicTalk (still in beta), which mimics some of Apple Watch’s functionality like being able to send a heartbeat to a friend, and a prototype GIFs app called Little TV.

None of Little Labs’ apps will offer much in the way of a smartphone app counterpart, however. Although Apple Watch apps require an iPhone app to work, there’s nothing to really do in the iPhone version of these apps. 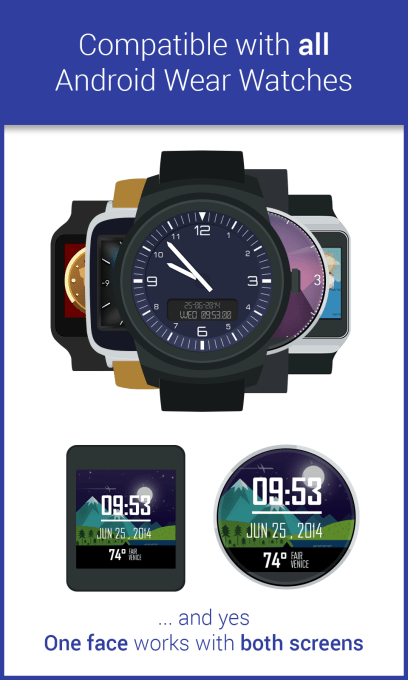 While Little Labs’ lineup of apps offer a range of different experiences, the common thread between them is that they’re designed to be used in smaller chunks of time than those built for a smartphone. As the founders explain, consumers will never launch a watch app and use it for as long as five minutes at a time – instead, they’re seeing engagement times of one or two minutes at most.

The longer-term goal is to take advantage of their learnings as an early arrival to the smartwatch market to better understand how to engage and retain consumers on both the Android Wear and Apple Watch platforms.

The funding will be put to use to continue product development as well as hire designers and developers to expand Little Labs’ five-person team.