We often think of bacteria as something bad, but switch a few genes here and there and they have the possibility to detect cancer, prevent mosquitos from transmitting Malaria or produce diesel fuel.

But It takes a specialized lab with the proper equipment and a team of programmers running code on machines to genetically modify microorganisms. While academics have these sorts of resources at their disposal, the average biotech enthusiast with an idea doesn’t usually have that kind of access.

Arcturus BioCloud is a biotechnology startup on the outskirts of San Francisco that hopes to give science hobbyists the ability to gene splice their way to super bacteria with a few clicks on their laptop.

“You don’t need a lab,” co-founder Jaime Sotomayor said of the Arcturus platform. That’s because his team has created a lab in the cloud that will do the work for you with a combination of robotics, artificially intelligent software, and synthetic biology. 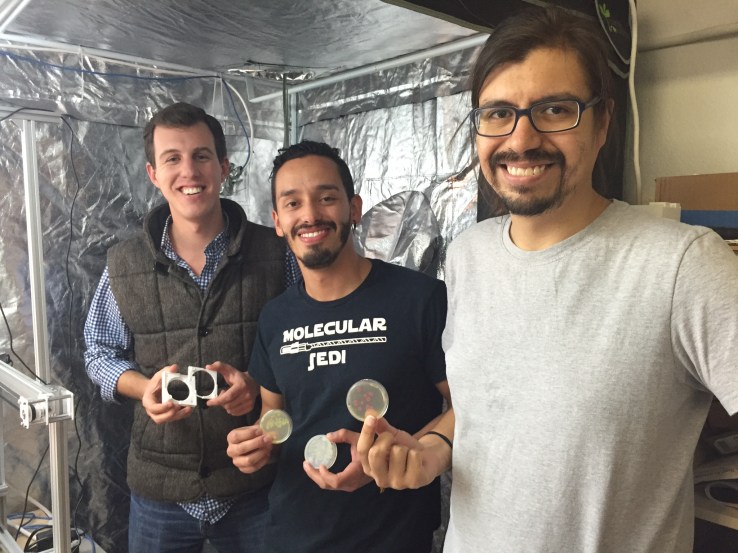 Other startups like Emerald Therapeutics or Transcriptic operate similar cloud labs that use robots to run experiments. But you are mostly buying lab time and renting the equipment from them, Sotomayor points out.

“You still need a team of biologists and computer scientists to code and run things on the backend,” he said.

Not so with Arcturus. This platform provides ready-made protocols that tell various robotic equipment where to splice genes, thus eliminating the need to rent lab space or hire a programmer.

I suggested Arcturus was a bit like what SquareSpace or Wix provides for those who want a website but don’t have HTML skills, but co-founder Luis Silva thought of it as more like GitHub.

“For me DNA is a programming language,” Silva tells me. “I wanted to bring that language and make it easy for others.”

It can go all the way from high school kids to amateur biotech, to startup founders. Anyone can do this in a simpler way. Jaime Sotomayor

Silva, Sotomayor and their two other co-founders Pedro Terra and Andres Ochoa have worked on making the platform both easy to create experiments and follow along as the robots run the tests. Those on the Arcturus platform can share projects with community members in the Explore section or grab a gene sequence used in one experiment and plug it into another project in the same way programmers share and use open-source code on GitHub.

You’ll need some understanding of DNA and how it operates before setting up your project, but if you’ve got that down, the platform will walk you through the rest of the assembly process to create your designer bacteria. You’ll also be able to see a timeline and pictures of progression as bacteria grow.

Sotomayor hopes his platform will broaden the base of people who can start doing genetic engineering experiments and that this broader base will be able to come up with things researchers may never have thought up on their own.

“It can go all the way from high school kids to amateur biotech, to startup founders. Anyone can do this in a simpler way,” Sotomayor said. 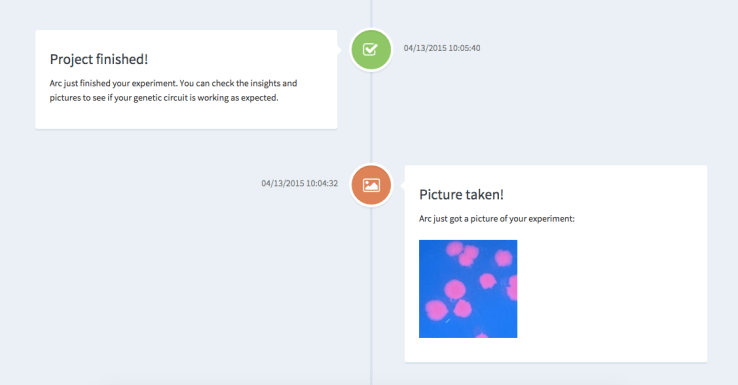 More heads in the space with different ideas is good for the industry. Everyone faces challenges in the future that modified bacteria could potentially help with – food and energy shortages due to overpopulation, air and water pollution, hard to detect forms of cancer and antibiotic-resistant bacteria to name a few. The potential for genetically modified bacteria to help us out here has already been well-documented in academic papers. The platform opens us up to people from all different walks of life who could share their unique idea.

That also opens up the potential for hackers to program dangerous bacteria to do their bidding, as well. Of course, the tools to do that are already out there in specialized labs; a platform like Arcturus could just make it easier.

Sotomayor doesn’t see that as a possibility with the controlled protocols, though. He also points out that we already have plenty of other deadly bacteria out there. MRSA is a bacteria often found in hospitals that is dangerously virulent and antibiotic-resistant. Though MRSA is on the decline, it infected more than 127,000 people and killed 11,000 in 1999, according to the Centers for Disease Control and Prevention. 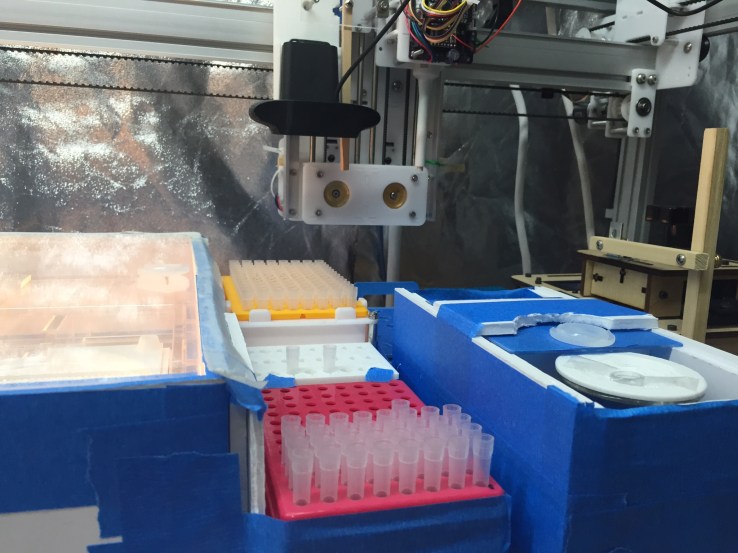 It’s also possible to code living organisms with built-in safety features, should something go wrong. Harvard genetics professor George Church created a bacterium that has been coded with an additional amino acid to prevent what he creates in his lab from cross-pollinating with dangerous superbugs. The extra amino acid makes it impossible for the bacteria to swap genes with other bacteria, and it dies off if it doesn’t get that lab-made nutrient.

It’s early days for Arcturus. The platform barely opened up to the public, and there isn’t much activity yet – only four projects are listed on the site so far. But the startup offers a fascinating transition from research once stuck in academia and only noted in a scholarly journal to something that anyone with a laptop and an idea can pursue.