“Nobody wants to watch Game Of Thrones on Periscope” says the Twitter-acquired startup’s co-founder and CEO Kayvon Beykpour. Despite widespread reports of Periscopers using the mobile live-streaming app to pirate HBO’s epic fantasy series and the Mayweather-Pacquiao fight, Beykpour says it’s not a good experience and piracy is not that prevalent.

“Generally there’s way more media attention than there is a problem,” Beykpour said onstage today at TechCrunch Disrupt NY. “There’s probably an order of magnitude more articles about the Game Of Throne thing than actual streams of Game Of Thrones.”

Still, Periscope is working directly with content owners to take down copyrighted content. Beykpour says Periscope got 66 takedown requests around the boxing match, and removed 30. The takedowns happened within minutes of their request, and the remaining streams were already over so there was nothing to take down.

Beykpour detailed how Periscope purposefully had staff at the ready to field takedown request emails and then remove the streams.

However, he admits that “there’s a lot of innovation to be had in the whole DMCA operational process” saying the rule that content hosts have to respond within 24 hours “isn’t very relevant in the real-time setting” where many streams only last a few minutes and aren’t available afterwards. Periscope is working on “brainstorming” with its partners like HBO and Showtime about better ways to handle piracy. If Periscope doesn’t figure out piracy, it could hurt it and Twitter’s relationship with content owners. 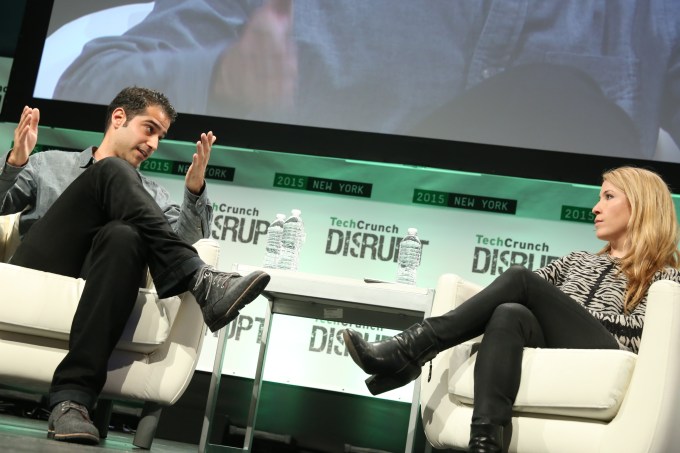 As for the Periscope product, TechCrunch’s Sarah Lane asked Beykpour about better ways to discover streams, and whether a Map view was coming. This could let users zoom in on a location, like Baltimore, and see streams pinned on a map. Beykpour responded that “You should stay tuned to your app store release notes,” confirming that feature is coming soon.

The ability to move fast as a small team, but with the deep pockets of its parent, could give Periscope the edge over its live-streaming competitor Meerkat. Periscope was five people when it launched, and since grown to 13, but is still relatively tiny. Beykpour concluded: “The thesis of our partnership with Twitter is that we want to be a startup with the resources of a large company.”