Vu Digital is launching new technology to help customers figure out what’s actually going on inside videos, online and otherwise.

B. Wade Smith, the company’s vice president of operations and development, said that as more and more online content moves to video, it will become increasingly important to extract data about those videos in a form that’s easy to analyze — namely, text.

So as Smith demonstrated for me, Vu Digital’s Video-To-Data product actually breaks down a video frame-by-frame, identifies the objects in each frame, and then creates a chronological transcript identifying things like music, dialogue, faces, logos, text and graphics.

What’s the point? Smith suggested this could be used by “anyone in the video value chain,” such as creators, publishers or marketers. The data could used for things like search engine optimization, personalization, ad targeting and determining the “brand value” of a video, namely how long and how prominently a product or logo appeared.

Vu Digital is an affilaite of C Spire Wireless, and it’s participating in the Sprockit accelerator for media and entertainment startups. 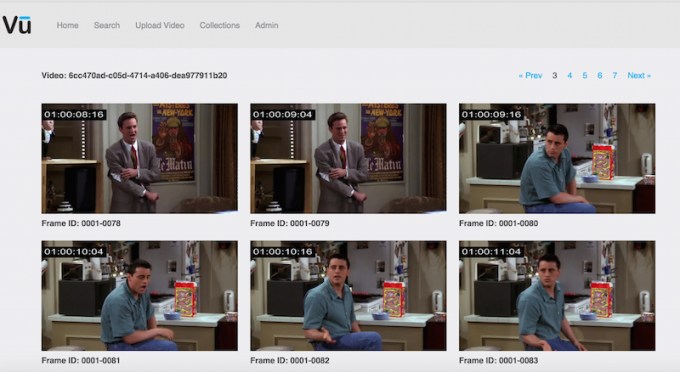 Smith admitted that the current product comes from a pivot, but a pivot that illustrates the problem Vu Digital is trying to solve. The company started out focused on web personalization, but Smith said, “We quickly found more and more website content was becoming video and we couldn’t make long-tail content recommendations — the tags for the video were absolutely insufficient.” So the team decided to “drop everything” and focus on the video issue.

Other companies have built video analysis and search tools — in fact, Microsoft acquired its own video search company back in 2011. However, Smith said he’s not aware of any competitors that can identify everything that Vu Digital can, nor can competitors do it with the product’s speed.

“[Video-to-Data] gives us, for the first time, a way to harness video data that will improve search results, click-through rates and traffic to our content,” said Tim Kelly, senior vice president of WeatherNation, in the launch release.