A number of businesses today document their standard operating procedures and other employee training guides in order to more quickly get new workers up to speed. But today for many industries, those documents are created in Microsoft Word and stuck in a binder. A company called HowFactory, launching today at TechCrunch Disrupt NY 2015, believes it has a better way — especially for those in the manufacturing industries where a lot of information is more effectively communicated visually.

The company was founded by a team whose backgrounds include time spent training employees across a variety of sectors. Co-founder and CEO Trace Steffen previously started a company that was focused on helping companies in manufacturing improve their processes and training information. And co-founder and COO Kenny Stevenson used to work for a consulting firm that did industrial training.

“We were doing all this stuff in Microsoft Word, Excel and PowerPoint, and it was just a major pain in the neck,” Stevenson says.

The two co-founders, who first met at a trade show, ended up getting together to build what’s since become HowFactory. They later brought on third co-founder Nicole Forsythe, a former librarian trained in agile software development who spent a decade in the nonprofit industry, where she also mainly focused on training.

As Forsythe explains in the manufacturing space, including welding, stamping, cutting and painting, for example, employees are often trained on the job to develop their specialized skill sets. But because of the nature of the work, it often helps to have more visual documentation available – photos, videos and schematics that are annotated with instructions.

Plus, unlike in some fields where engineers write the procedures, HowFactory allows the employees “on the floor” — those who really understand the machinery — to add their own input to the system. 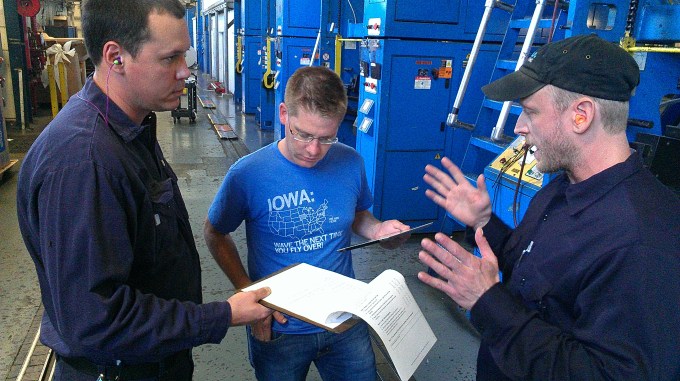 With HowFactory’s web app, not only is document creation made more simple using technologies like speech-to-text and drag-and-drop, it also allows employees to collaborate on the procedures. This lets companies better capture and use the specific knowledge that the front-line manufacturing workers have, such as which press is known to leak oil or how to tell when something doesn’t look right on the line.

The software also allows users to upload PDFs, user manuals, blueprints and other schematics to add to the documentation. And HowFactory can be viewed on either a web or a tablet interface, though native applications for tablets, are in the works.

The system makes sense for a number of small to medium-sized manufacturers, including those in aerospace, assembly-line production facilities, woodworking/furniture, automotive and those that produce smaller components for aerospace, automotive or the heavy machinery industries, the team says.

HowFactory is working with less than a dozen trial customers but is now prepared to open its platform up more broadly as it transitions out of its free beta period.

A participant in the Iowa Startup Accelerator last year, HowFactory currently has a small (~$205K) amount of seed funding, which also includes a grant from the state of Iowa. The startup is also now raising a larger seed round. 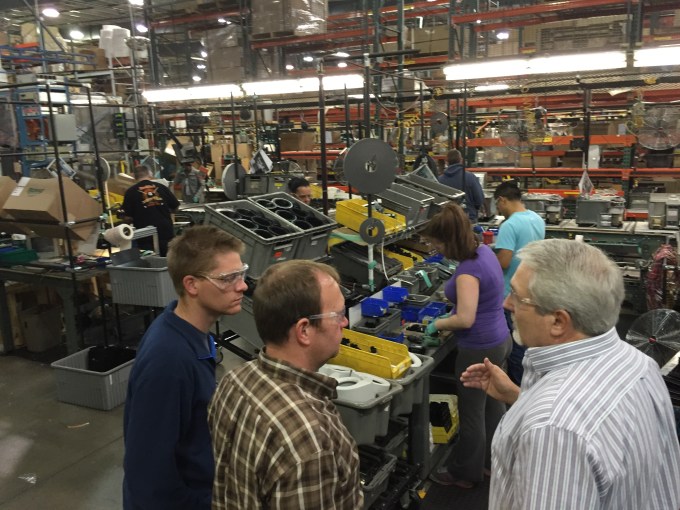