Microsoft today announced a new service in its Azure database lineup during its Build developer conference keynote today. The Azure SQL Data Warehouse, which will go into public preview in June, is meant to give businesses access to an elastic petabyte-scale, data warehouse-as-a-service offering that can scale according to their needs.

With SQL Data Warehouse, enterprises can ensure that they only pay for the usage they need and when they need it, Microsoft’s corporate VP for its data platform T.K. “Ranga” Rengarajan told me earlier this week. Customers are billed for their Azure blob storage, as well as the hourly compute rates they incur while working with the data. Because it separates compute and storage, users only pay for the queries they need. This means a business can aggregate all of its data and only pays for storage until it needs to run a quarterly report over this information, for example. 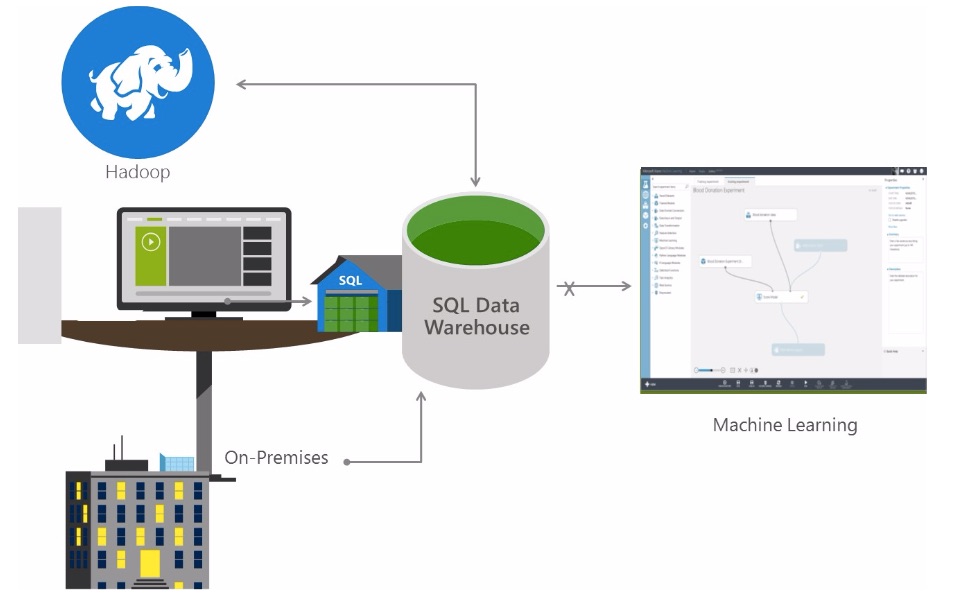 As Microsoft notes, the service is meant to give businesses the features they expect from their databases like full indexing, partitions and columnar indexing. The company also argues that other data warehouses can take hours or days to resize, while SQL Data Warehouse can adjust to a user’s needs in minutes. As the name implies, the query language for the service is SQL (specifically Microsoft SQL Server’s Transact-SQL), which most developers are probably familiar with at this point. 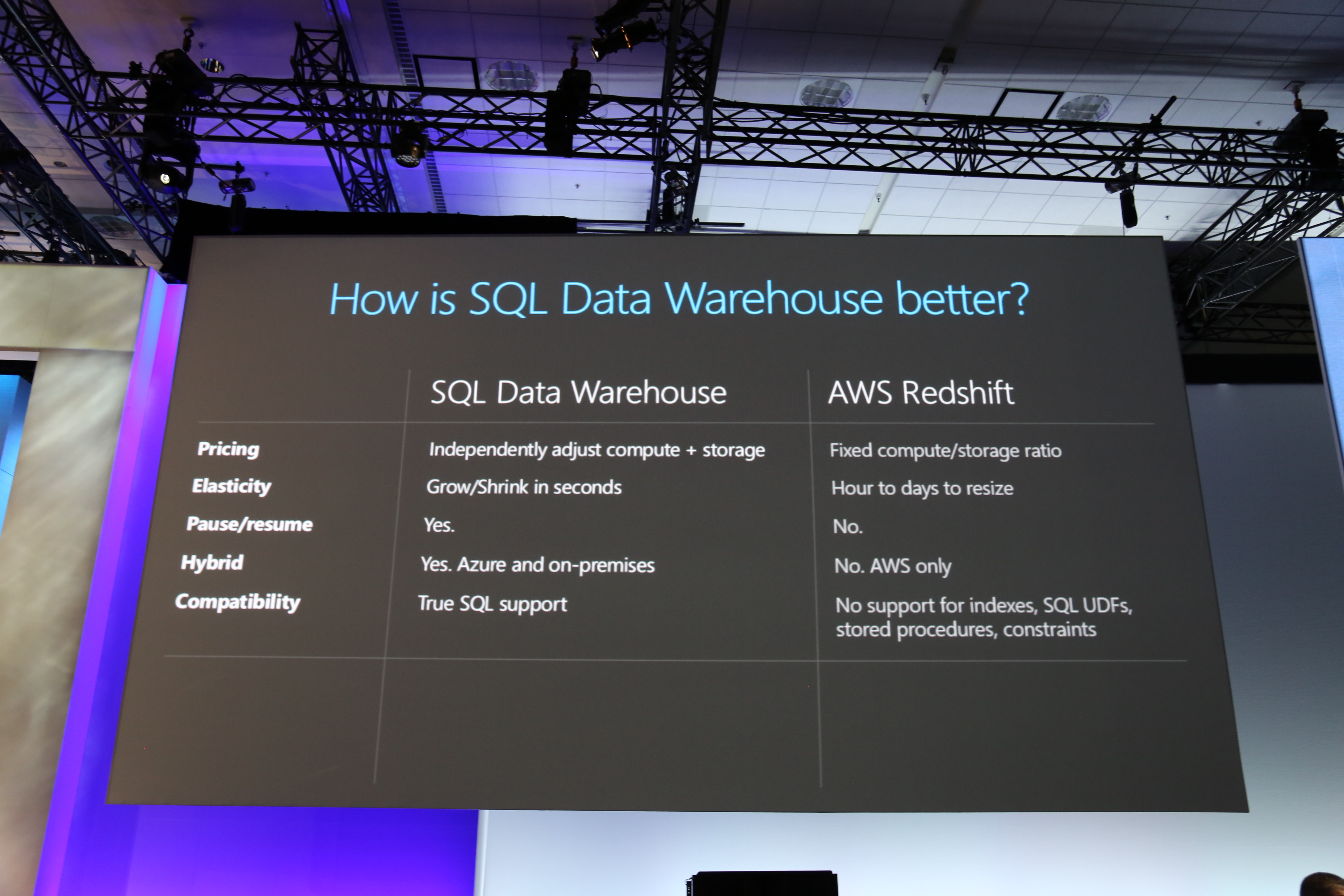 The service can be integrated with other tools like PowerBI for visualizing data, Azure Machine Learning, Azure Data Factory for event processing and Azure’s HDInsight Hadoop-based big data analytics service.

With SQL Data Warehouse, Microsoft adds yet another product to its range of database services that now include SQL Database for regular relational databases and the DocumentDB NoSQL document database, as well as tools like StorSimple for storing and securing large amounts of data.