Developers and independent software vendors who often run hundreds — or even thousands — of separate databases for their customers now have a new option to manage them while keeping costs predictable.

As Microsoft today announced during its Build developer conference keynote in San Francisco, its new Azure SQL Database elastic databases (yep, that’s the complete name) allow developers to gather their databases into a single pool to ensure they don’t over-provision specific databases only to be able to cope with peak demand.

As Microsoft’s corporate VP for its data platform T.K. “Ranga” Rengarajan told me earlier this week, Microsoft found that many of its customers were partitioning their customers into different databases. All of those databases have different resource requirements — “and those are largely unpredictable,” he noted. “What we realized is that these SaaS vendors need new tools to manage and monitor these databases.” 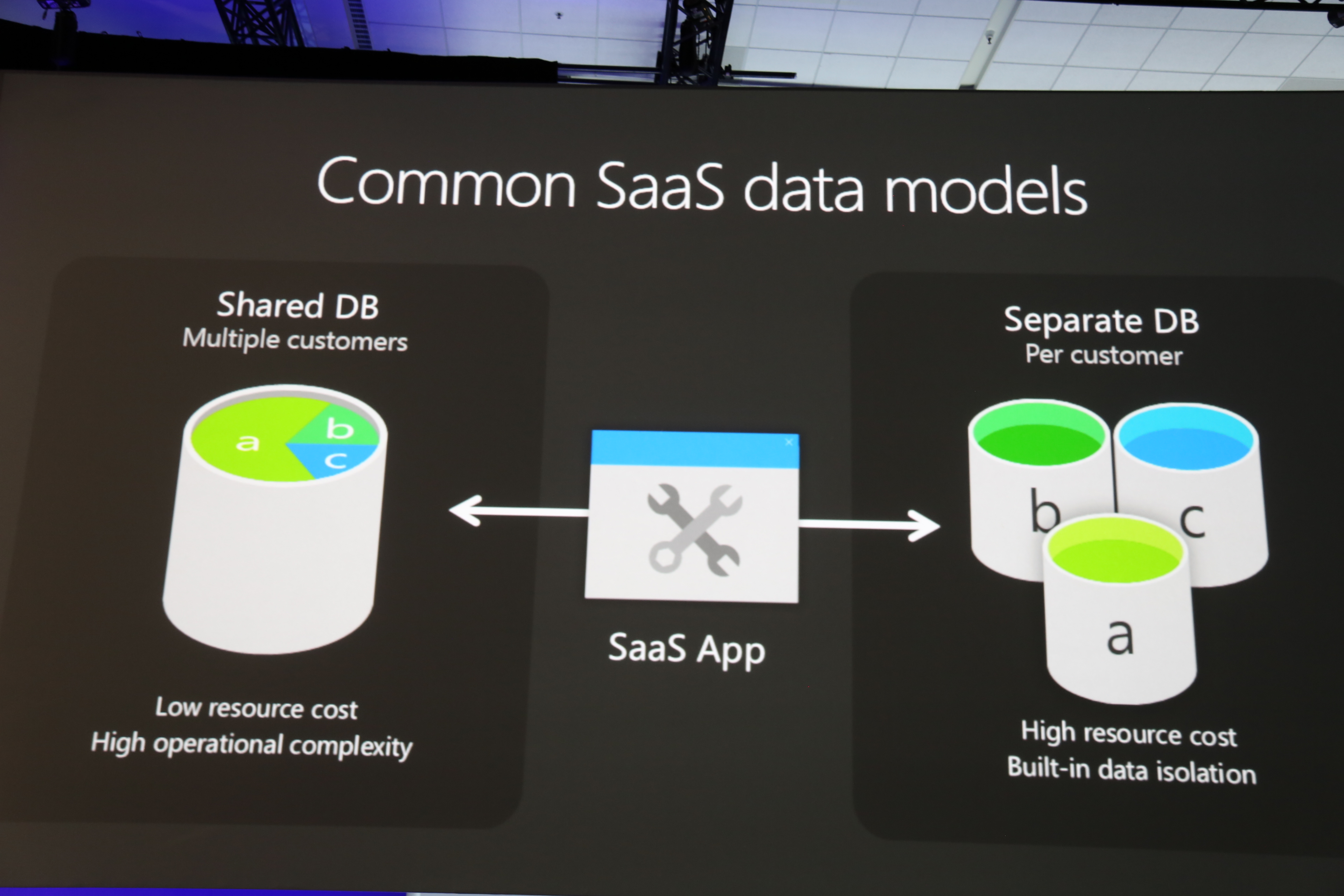 With these elastic database pools, customers pay for the aggregate of all the databases instead of for each one separately. While it’s hard to predict the needs of every different database shard, the aggregate is pretty predictable, Microsoft argues, and that makes it easier for companies to manage their database needs with this new service.

Microsoft also says that this new database type will allow companies to more easily run centralized queries and reporting tools across all of their databases. Other features of the new service include full-text search within databases, column-level access rights (something Microsoft also recently introduced for the regular Azure SQL databases), and real-time encryption of data and logs.

These new features are now available through the Azure Portal.