Eyal Bino has been working for years to bring Israeli entrepreneurs into the New York City tech ecosystem, and his latest venture, ICONYC Labs is the culmination of that work.

Together with his partner Arie Abecassis, a partner and mentor at Dreamit Ventures, Bino has established an accelerator for young entrepreneurs coming from Israel to build out their businesses in the hear of New York’s burgeoning technology scene.

Beginning with an initial cohort of five companies (each receiving $20,000 in early stage funding) and a 6% to 10% stake in each, ICONYC will follow the traditional accelerator model of mentoring and consulting to get the entrepreneurs in front of the connections they need to get a foothold in the U.S. market, the founders said.

“Eyal and I met nine months ago when he was running his global innovator program, allowing international entrepreneurs to get a taste of New York,” says Abecassis. “While Eyal was putting together a group of companies he asked me to come in and talk to some companies and mentor them. I saw there was a bigger opportunity here to build a bridge between Tel Aviv and New York that addresses the needs these companies have.”

For many Israeli companies, Abecassis says, there’s a lack of operational expertise that can be gained when working in the New York ecosystem, with its varied talent pool and breadth of industries.

As part of the program, the entrepreneurs receive office space in AlleyNYC. As for capital, the two founders are putting up the initial money to invest in the startups, and as a partner, AlleyNYC is offering a pretty sweet deal on real estate in its co-working space. 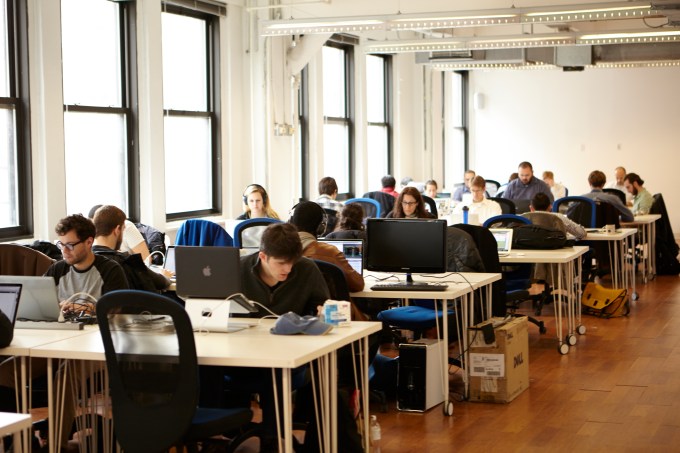 It took Bino and Abecassis months to weed through 200 applicants and get down to the five companies that will comprise ICONYC Labs’ first cohort. “We took a fund approach to acceleration,” says Abecassis. “For most accelerators it’s a call, maybe a Skype meeting and then an in-person meeting. We took a fund approach where basically they’ll do another level of due diligence.”

That’s benefits both the entrepreneurs and the investor, says Abecassis. “Each of the companies that made it to the final round, we spent 10 to 20 hours so they could get to know us. It was a pretty intensive round of discussions,” he says.

As ICONYC begins bringing Israeli startup companies into the city, they’re joining a pretty robust ecosystem that pre-dates them. Bino says that’s just indicative of the demand for the program that he and Abecassis are putting together.

“There are already 250 Israeli based companies in New York and hundreds more want to come out here,” Bino says.