Nowadays pretty much everyone has a video recording device in his or her pocket, and that’s led to an explosion in the amount of mobile video that is recorded. However, very few of those videos are ever edited or shared with friends, family, or random strangers following you on social networks.

A startup named Ferris wants to change that, with an app designed to make mobile videos actually watchable — and actually shareable. The app also enables users to collaborate on videos together, helping them to create stories around events a number of friends and family members attended together.

Ferris was founded by Paul Boukadakis, a director and editor by trade who saw an opportunity to unlock the ever-increasing volume of video stored on mobile phones. The reason those videos rarely get shared is usually because users don’t know how to edit them down in a way that would make them more appealing.

The app is designed to take care of that, automatically editing down moments within selected videos and creating more digestible and shareable content. Users simply choose a video or group of videos from their camera roll, and the app does the work of editing in realtime.

But more than just working with individual users’ videos, Ferris also enables friends and family members to collaborate and mix together videos from moments that they shared together. After making a video public, a user can invite others to add to it via mobile video they captured. In that way, people who were at a wedding, baseball game, or even just hanging out at a bar together can share those moments.

The team quietly launched the Ferris iOS app about a month ago, and the company raised $2 million in a round of seed funding led by Upfront Ventures with participation from Machinima founder Allen DeBevoise and other investors. Along with the funding, Upfront’s Mark Suster has joined the company’s board. 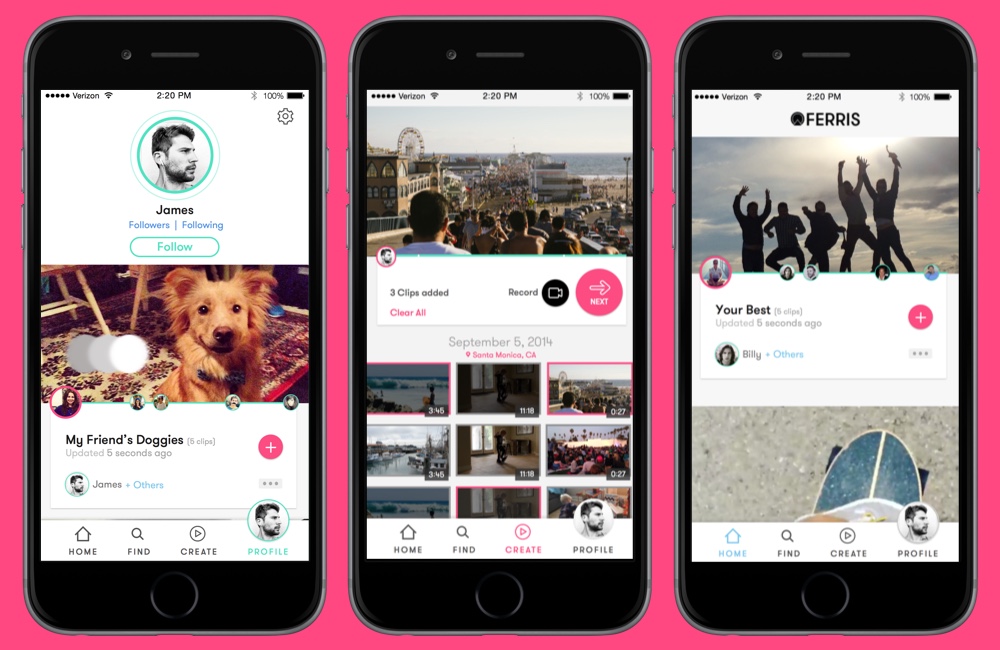