Sao Paulo-based startup Samba Ads is announcing a R$3 million ($1 million) investment from a coalition of international investors that are betting on the online video opportunity in Brazil.

Brazil’s e.bricks, Brazilian-Israeli firm Initial Capital, Israeli firm Rhodium and Dave McClure’s 500Startups put together a R$500,000 seed round in 2013 and have all returned for the Series A. e.bricks Managing Director Pedro Melzer will join Samba Ads co-founders Rodrigo Paolucci and Gustavo Caetano, and Initial Capital’s Daniel Carneiro da Cunha, on the board.

Brazil is known as having some of the world’s most hyper-social media consumers, but the country’s online video consumption is almost as massive. According to Comscore’s February 2015 data, some 65 million Brazilians a month — about 65% of the country’s internet population —  watch over 11 billion online videos a month, or six videos per person per day. YouTube is the biggest player, representing 53 million of those viewers, followed by Facebook (49 million) and Maker Studios (21 million).

The real stats are likely much higher. Comscore only accounts for desktop viewing, whereas Brazilians are increasingly accessing the internet on their phones.

Despite inaccessibly priced smartphones and lagging bandwidth, Brazil has the fifth largest smartphone market in the world, and one in four Brazilians accesses the internet primarily via mobile. And the video viewing conditions are prime for advertisers.  Brazilians have a video completion rate of over 87%, which is 41% higher than the worldwide average. And they prefer video ads over any other mobile formats.

But for all those juicy numbers, less than 9% of that inventory has pre-rolls, according to Samba Ads CEO Rod Paolucci, which he thinks spells a big opportunity. (Perhaps even the resurrection of the post-roll unit.)

Paolucci and co-founder Gustavo Caetano have been immersed in digital video in Brazil for the last decade, since founding Samba Tech, the largest online video platform in Latin America. 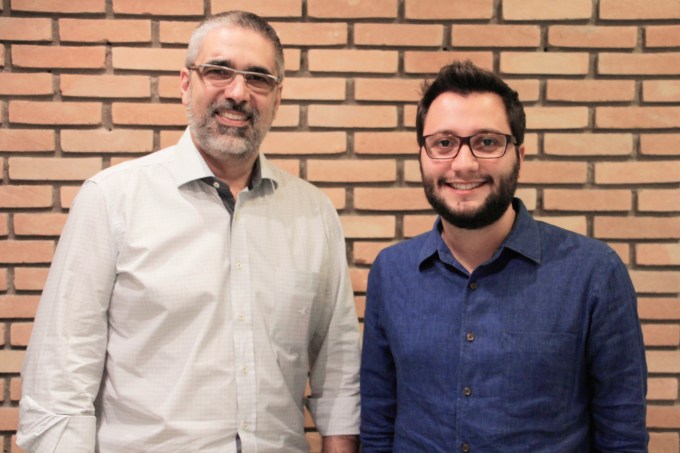 But while Samba Tech serves up enterprise streaming solutions to big corporations, universities and distance learning players, the founders wanted to explore the ad opportunity for distributed video, and launched Samba Ads as a separate company in 2013 with seed funding from the aforementioned investors and Groupon Brazil’s founder and former CEO, Florian Otto.

“Our biggest question was, is there life beyond YouTube?” says Paolucci on a Skype call from Sao Paulo. “Do advertisers buy media outside of YouTube? Do they find it valuable?”

Samba Ads is bringing three sides of the market together in a play to see if there is monetization beyond YouTube: premium content creators, long-tail publishers and ad agencies.

Our biggest question was, is there life beyond YouTube? Rod Paolucci

Some 50 content creators from Thomson Reuters to celebrity chef Carla Pernambuco add about that many brand-friendly videos a day to Samba Ads’ library of 20,000 videos. Over 500 long-tail publishers, including a sizeable number of local and regional news sites, distribute the videos without having to sign licensing agreements with multiple content partners.

Samba Ads cuts ad deals – usually with agencies – to run over the inventory, which reaches about 30 million unique viewers per month. Content creators and Samba Ads keep about 40% of the cut each, leaving 20% for the publishers.

On the content side, Samba Ads doesn’t see any competition. “We create a new audience for these creators,” says Paolucci. “We let them keep doing their job on their own property and YouTube, but we distribute on websites all over Brazil.”

But they compete with both YouTube and Fullscreen, which launched in Brazil in 2014, for digital ad dollars, a $1.2 billion market in Brazil. Paolucci says a sales team of seven people in Sao Paulo, Rio and Brasilia are doing 90% of their work with agencies as opposed to directly with brands, including Brazil outposts for Ogilvy, McCann, JWT and DDB, as well as Brazilian players Loducca, Riot, Ampfy and Africa, AdAge’s 2014 International Agency of the Year, representing clients from Red Bull and Pepsico to Microsoft and L’Oreal.

“When we first got with the agencies, we had a challenge to show we could do an interesting job, show that video can be a great spot to invest,” says Paolucci. “Our initial pitch was, let us show you the power of videos, get money from traditional displays or wherever, and we can drive a better result. As time went on and the market started growing, we needed to differentiate from the biggest player, which is YouTube. Our biggest flag is premium content. here you won’t find cats playing piano or user-generated content.”

Samba Ads offers standard IAB units like pre-rolls, but has also been rolling out interactive experiments, including a super pre-roll where you can mouse over the ad and interact with it.

“It’s a kind of trade-off with agencies between what’s safe for them, and the novelty stuff that maybe will take more of their time, but will bring some great results they can show to the client and say, ‘Hey, this is huge and new, this is the future,’ etcetera,” says Paolucci. “That’s the trade-off between the boring and new stuff. Most of the pricing is standard CPM, but we also offer Cost Per Engagement. I don’t care if they watch the actual video or not, I care if they engage with the ad content.” 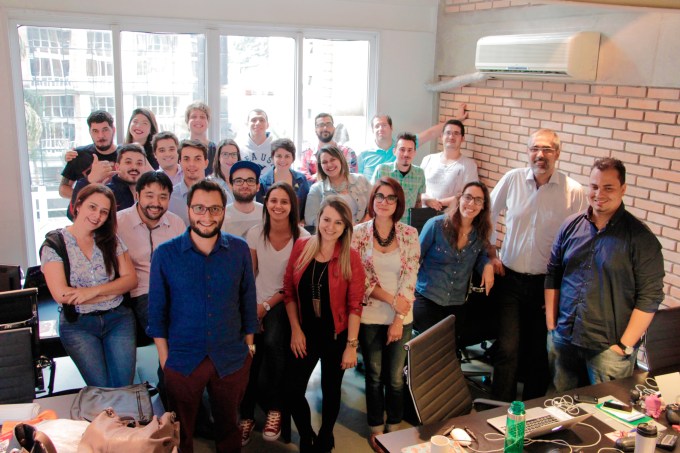