The 3D printed future is looking increasingly cartoonish if this crowdfunder for one-piece flexible nylon eyewear is making a prescient design call. Called Mono, the designer specs look like they’ve been scribbled onto the model’s face with a Sharpie marker.

Hong Kong based architect Edmond Wong came up with the idea for a single piece pair of specs that are printed in one go after having trouble of his own finding glasses that fit. He says he had existing experience using 3D printers for making architectural models so put the two together and came up with designs for a range of 3D printed one-piece specs — bringing an optician friend on board for relevant experience. 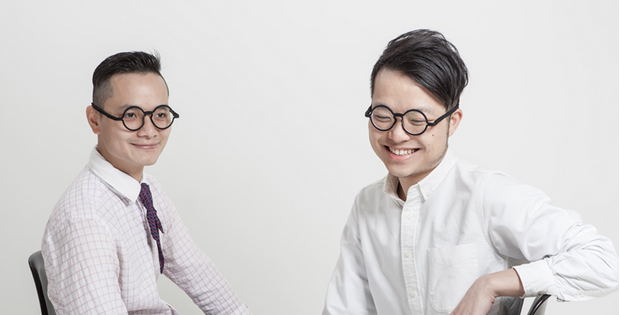 The Mono design allows online buyers to be reasonably confident of a good fit across the range of styles and without trying the glasses on in person because the designs are sized across three points on each pair of glasses, each of which can be one of three different size measurements. So the buyer specifies S, M or L for the frame width, the nose pad, and the length of temples respectively.

There are exact millimeter measures for all those sizing specifications, with the medium size being an average, and small and large aiming to cover the “extreme cases”. Mono’s coiled hinge design (also necessary for the glasses to be printable as one piece) and the flexible nylon material used for the frames are also intended to help achieve a better fit. 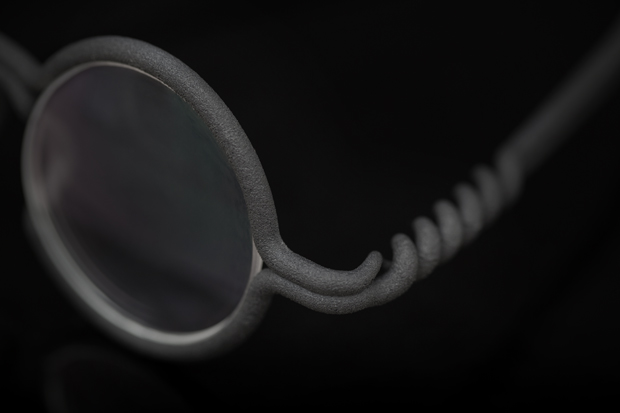 Wong says the nylon (fine Polyamaide PA 2000 to give it its technical name) is strong and durable, and able to stand up to UV exposure — as you’d hope, given their exposed-to-the-elements situation

But how do the flexible, one-piece specs stay on the wearer’s face? The end of the temples bend inwards and downwards slightly so are designed to hug the wearer’s head, according to Wong. The lenses are held in place within the 3D printed nylon frames via grooves, as with conventional glasses. But Mono is making much of the ability to pop out your lenses on demand to switch between standard glasses and tinted and shaded lens as required — i.e. unlike conventional glasses.

Wong says Mono has been around 10 months in development up to this point. It’s been self-funded by him up to now, although he notes that desktop 3D printer prototyping allow for significantly reduced product dev costs and lower risk on such wackily creative gambles.

The duo is now looking to raise around $30,000 via Indiegogo to cover some less incremental manufacturing costs, such as minimum lens and accessories orders, as well as for other areas such as patent applications for their flexible, single-piece hinge design.

Early crowdfunder backers can pledge for a pair of Mono optical glasses for $99, or $199 for sunglasses — due to ship by August. A combo lens bundle which consists of the frames plus a pair of optical and a pair of tinted lenses costs $135.

Whether wearing 3D-printed cartoon specs will make you look stylish or silly is another matter. But additive manufacturing is going to encourage more custom styling to creep into convention — so expect more playful and/or bespoke design to be a future standard.