This week’s tech headlines saw Etsy’s IPO, the Falcon 9 rocket launch, and an abundance of funding news. These are our best stories of the week (4/11-17).

1. Sources told us that Yahoo is in talks to buy Foursquare in a deal worth around $900M.

2. Etsy, the online marketplace for handmade goods, went public. The company closed its first day of trading at $30 per share, an 86% percent rise from its initial price.

3. Matthew Panzarino spent some time at Pixar, and observed the company’s ability to solve technical and creative problems through tool building.

4. Slack, the popular workplace communication and collaboration startup, raised a Series E of $160 million at a post-money valuation of $2.8 billion.

5. Nokia announced that it will plan to move ahead with the purchase of rival telecom equipment maker Alcatel-Lucent in a deal that will cost Nokia $16.6 billion in shares.

6. Google is in hot water in Europe. Europe’s antitrust chief adopted a Statement of Objections regarding Google’s shopping comparison service and put Android under scrutiny, and the French Senate backed a bid to force Google to disclose search algorithm workings. These measures have the potential to result in multi-billion-dollar fines if Google can’t satisfy the EC.

7. Darrell Etherington took us through a guided tour of the Apple Watch retail experience.

8. Uber for weed startup Eaze raised $10M in funding. Ryan Lawler discusses how the emerging trend of weed delivery services is helping to facilitate the legal purchase of cannabis products. In other cannabis startup news, Nestdrop is now delivering weed again and has spread to 9 different West Coast locations.

9. Banking startup and TechCrunch Battlefield participant Number26 raised a $10.6 million Series A round that it will use to expand internationally. We opened an account to test it out, and we were impressed.

10. SpaceX successfully launched the Falcon 9 rocket for the CRS-6 mission. While the rocket landed on the autonomous barge, it impacted too hard to survive to be used again. 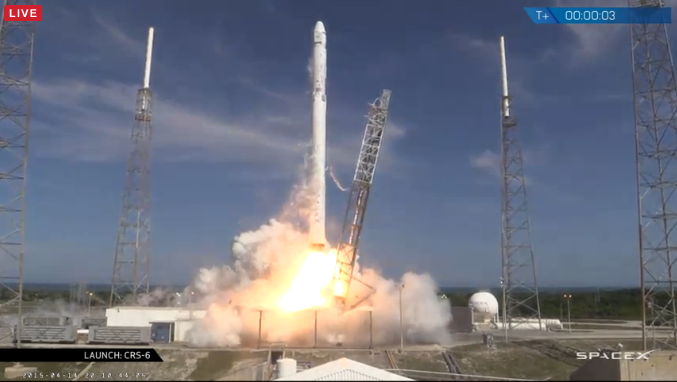 11. Apple seeded the iOS 4 developer beta, and it includes an all new music app.

12. Hillary Clinton tweeted her 2016 presidential bid after an aide’s email “spoiled” the surprise.