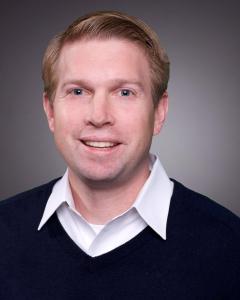 As companies like Lyft and Airbnb have grown, they’ve run up against local governments and regulatory agencies in multiple markets in the U.S. and abroad. To help those portfolio companies and others like them, Andreessen Horowitz has hired former Facebook general counsel Ted Ullyot to lead a new policy and regulatory affairs function within the firm.

Ullyot brings with him experience on both the tech and government side of things. He served as general counsel for Facebook from 2008 through 2013, which coincided with incredible growth and regulatory scrutiny. As it grew from a small, privately run social network to a global behemoth, Facebook faced a number of challenges related to its product and services from policymakers and government agencies.

Prior to Facebook Ullyot worked as a D.C. lawyer in a variety of roles, including as a law clerk for U.S. Supreme Court Justice Antonin Scalia, as a litigation partner in the Washington office of Kirkland & Ellis, and in the George W. Bush administration.

Ullyot’s experience in D.C. helped him to navigate dicey waters as he grew Facebook’s legal and public policy team during a period of hyper-growth. Especially early on, Facebook found itself targeted by lawmakers and agencies tasked with protecting citizens’ privacy at a time when social networking wasn’t commonplace or well understood.

In a phone conversation with TechCrunch, Ullyot said there were multiple instances where Facebook would release a new product or service, and someone in the tech press would misunderstand what the company was trying to accomplish. That would sometimes result in lawmakers issuing a complaint or inquiry from the FTC.

To ease the concerns of government agencies and lawmakers, Ullyot and his team began pro-actively reaching out to them before new products or services were launched. That helped keep interested parties abreast of what was coming down the line, while also enabling those within Facebook to understand whatever concerns regulators might have before something came to market. That way, Facebook was able to eliminate a lot of misunderstanding around its new initiatives.

With that experience behind him, Ullyot has joined Andreessen Horowitz to help guide portfolio companies dealing with their own legal or public policy challenges. The newly created function within the firm will follow the same general outline of other professional services the firm has introduced over the years, which were designed to help startups with marketing, market development, technical and executive recruiting, and corporate development.

Ullyot says his role will not be to “jump in as a de facto general counsel for a portfolio company,” but to help startups understand how to deal with regulatory challenges and give advice as they hire their own policy teams. “We want our portfolio companies to build these functions on their own,” he said.

As more and more companies are faced with the need to do so, having a guy like Ullyot to guide them will become ever more important.