Editor’s note: Amit Paka is a co-founder at Parable, a Creative Photo Network for iOS. Previously, he founded Flockish (bought by StubHub-eBay), led Product for Mobile Payments at PayPal and held Product Development roles at Microsoft.

Recent news of Pinterest acquiring a two-person startup was probably a head scratcher for most of you. It shouldn’t be. Along with Kosei, Hike Labs was a focused micro acquisition intended to bolster Pinterest’s content-discovery efforts. More companies should be following their lead. 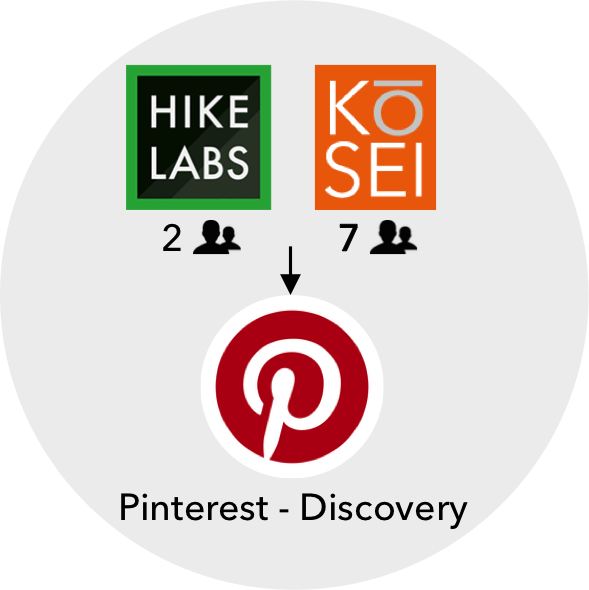 Technology companies have historically targeted startups with established products, proven revenue streams and, thereby, hundreds of employees for billions in capital. The past few years, however, have seen a significant shift toward investments in increasingly smaller teams, a trend away from pure-play acqui-hires, that is accelerating.

Facebook, Google, Twitter, Apple, LinkedIn and even eBay have been trailblazers. A reinvigorated Microsoft recently jumped into the fray with its purchase of LiveLoop, Sunrise and Accompli after years of focusing on multi-billion-dollar deals. 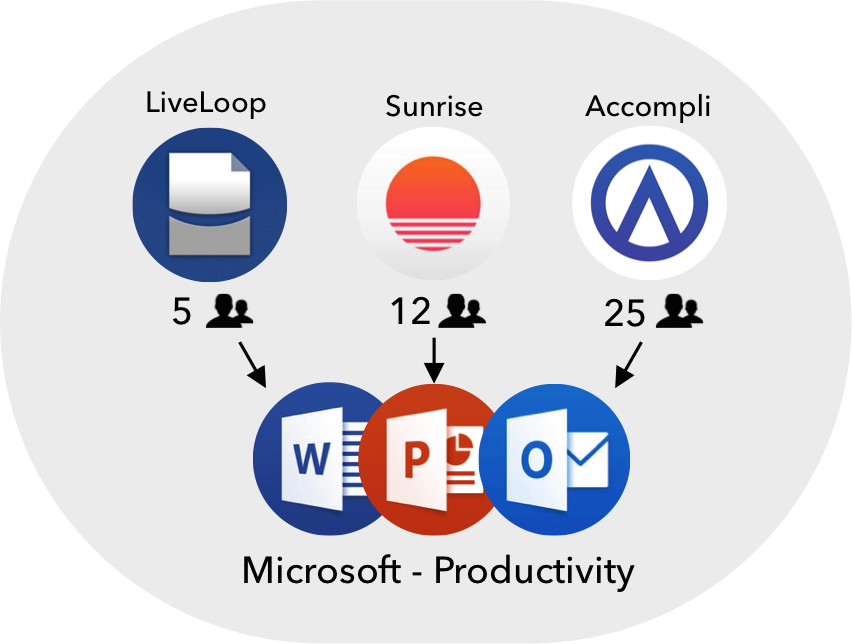 Costs to release software products have been diminishing rapidly while more distribution channels are being constantly added. The Apple-featured Parable app, for example, was bootstrapped by our team of two in just a few months for a global audience — an impossible task just a decade ago. Companies have also begun to proactively assess complementary products earlier in their roadmaps resulting in bets on teams whose product isn’t even ready.

Consequently, we are headed into an exciting era of micro team acquisitions. I call these booster acquisitions, after their intent to boost an established product line with upcoming, perhaps unproven, products and their founding teams.

More companies should jump in.

Although building a product is easier, building the right product is harder. Try building new products in a big company. Even though companies experiment, they might be late to market, lack the know-how to succeed or double down on the wrong idea. Remember Google Wave? 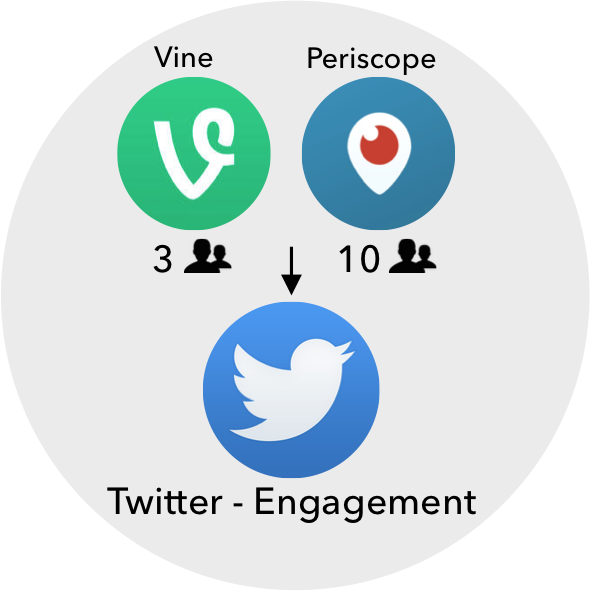 Enter a micro team with a product that is a great extension of a company’s portfolio. This team of subject-matter experts with execution momentum is better than an intracompany bootstrap. It makes more business sense to instead bring the team in-house and supplement it with further resources.

Both of Twitter’s notable acquisitions — Periscope and Vine — were made prior to their product launch. With the Twitter network as a launchpad, the three-person Vine and 10-person Periscope teams found success for ideas others had tried before. In return, Twitter expanded into creative video and live-streaming with blockbuster apps at a bargain.

Talent wars in the Valley are legendary. It’s well-known that the right person with the right skill at the right time can accelerate corporate business needs, e.g. I expanded mobile ticket bookings tenfold from an annualized $30 million soon after eBay purchased my startup, Flockish. Micro teams can further amplify this talent proficiency exponentially. Since they’re already ramped up in the domain while working on their product, you avoid the learning curve that is typical for new hires. This productivity multiplier commands a premium. Now imagine this team’s throughput with all the resources an acquirer has to offer. 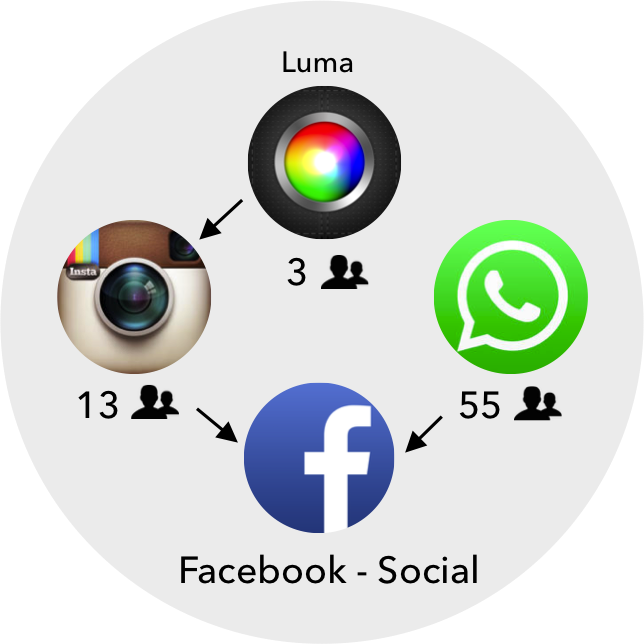 Startup acquisition targets with sizable teams are generally post Series B with $40 million-plus of funding – at those valuations, they don’t come cheap by any means. Their size also brings increased business and integration risks.

Micro teams are generally pre-Series B with an average funding of under $10 million, with seed-stage ones running a tab of just a few million in raised capital. Their small size simplifies product and team integration. You can even rationalize booster acquisitions from a corporate strategy standpoint – it’s a bargain if you can keep it from falling into the hands of a competitor or even becoming one in the future.

Worse case, the acquirer writes off the cost of the product if it fails, which would be no different from building it in-house; but they still get to keep a great team.

Finally let’s talk about the intangible benefit of attitude. The first few people in a startup are the quintessential risk takers who inherently think differently; no goal is unattainable, no obstacle is insurmountable. That mindset is precisely what jaded teams need at regular intervals.

This healthy jolt of inspiration can do wonders for morale and productivity in acquiring teams. Who can forget Andy Rubin and his indomitable team of eight from Android that Google bought for $50 million? Andy’s never-say-never attitude from his experiences at Danger was instrumental in mobilizing Google against OEMs that catapulted Android’s dominance. 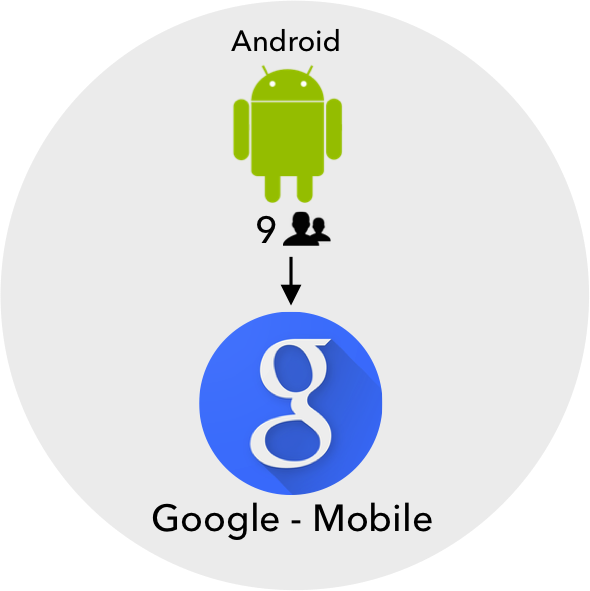 One thing is certain: acquisition teams will keep getting smaller. The only question is how quickly companies add booster acquisitions to their M&A strategy toolkits and start cultivating promising deal flows before their competitors.