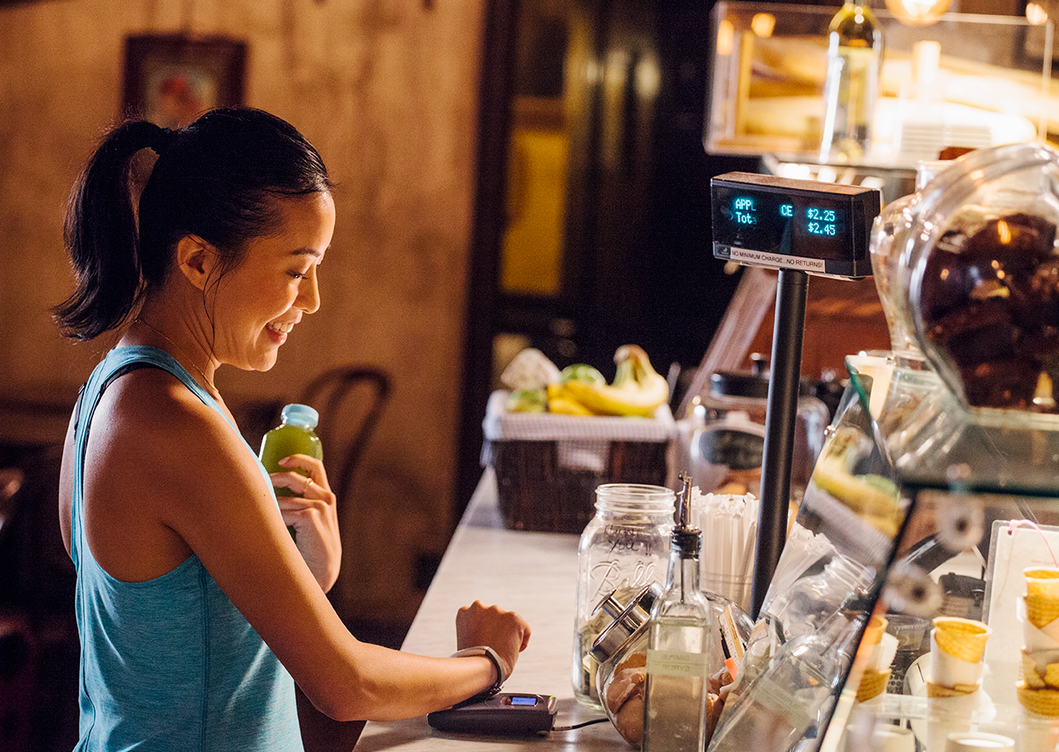 After a few delays, Jawbone’s UP3 fitness tracker is finally set to hit the delivery trucks early next week.

And yet… it already has a successor, of sorts. Meet the UP4. It does everything the UP3 does, and you can buy things with it.

Rumors trickled out earlier this week that Jawbone was working on a partnership with American Express — and sure enough: Jawbone has exclusively partnered with AmEx here. As a result, the UP4 can act as your AmEx card at hundreds of thousands of NFC-enabled merchants around the country. Note: only AmEx, for now.

The idea: add an AmEx card (just one card is supported at a time) to the UP4 through Jawbone’s UP app. Then just tap the UP4 against an NFC-enabled card reader, and you’re set. Purchase made!

If your phone is dead or you left it at home for a run, it shouldn’t be an issue — the authorization token is stored on the band itself.

And if the band gets stolen? Just pop into the app and deactivate the card, and the authorization token will be rendered useless. Your band will still be stolen, but hey — your credit card is safe!

Beyond the new payments voodoo, the UP4 is pretty similar to the UP3 that came (just) before it. Here’s the UP3’s feature set, borrowing much of what I wrote from when the UP3 was first announced:

The UP4 will cost $200 at launch — or about $20 more than the payments-less UP3. As for when it’ll launch: Jawbone is only getting as specific as sometime “this summer”.