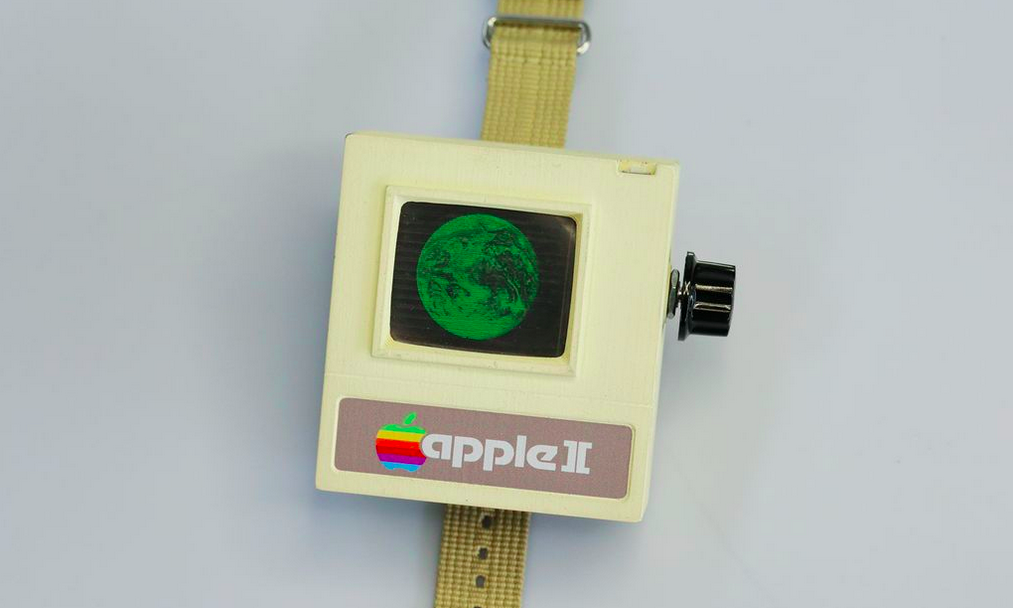 Damn. We see a lot of really cool DIY projects pass through these parts, but this one is probably the coolest I’ve seen in a long while.

The Apple Watch is coming out in a few days. You knew that — you read TechCrunch/have the Internet/don’t live under a rock/etc.

Looking to wrap something a bit more unique around his wrist, Instructables user Aleator777 put together a watch of his own based on one of Apple’s older releases: the pinnacle of 1977 personal computing, the Apple II.

Taking roughly a month to build, this project has just about everything a good, geeky DIY project should: 3D printing! Impressive engineering! Custom programmed microcontrollers! Mounds upon mounds of clever execution!

Packed inside that 3D-printed shell (with its perfect shade of sun-faded beige) is a Teensy microcontroller, a 1.8″ LCD screen, a rechargeable battery, and a tiny 2W speaker for emitting myriad bleeps and bloops. It even has an itty-bitty floppy drive with equally itty-bitty floppies, though they’re all for looks.

Oh, and because no Apple Watch is complete without that “digital crown,” it’s got a rotary knob for navigation/input.

Perhaps most impressive, Aleator777 isn’t keeping his process under wraps to make sure this thing stays one-of-a-kind. Quite the contrary: he has released a step-by-step guide, along with all of the files and software required to build your own. 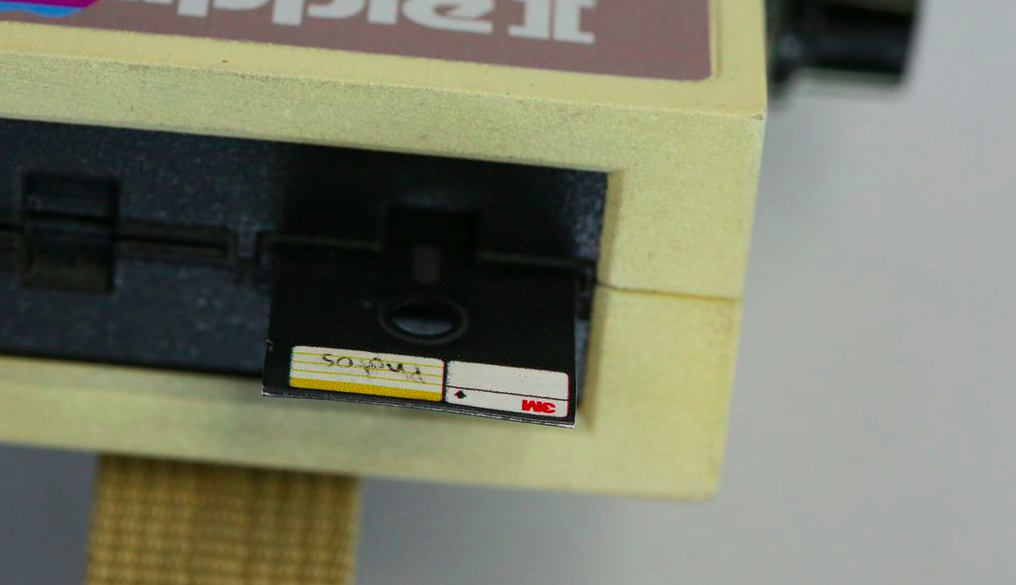